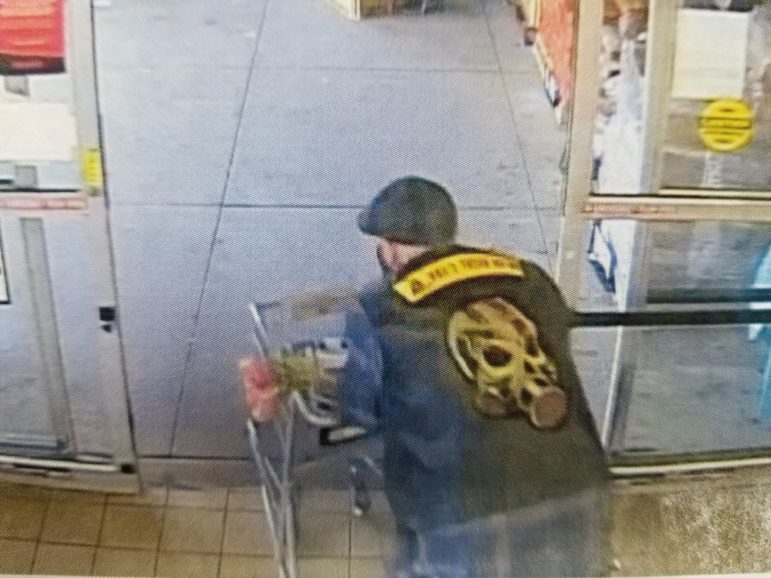 Lower Saucon Township Police released this photo of a man they say stole numerous items from the Giant supermarket on Leithsville Road Saturday. Police noted the “distinctive” vest the man was wearing at the time in a Facebook post Sunday.

Local grocery stores already have plenty to worry about, with many restrictions currently in place in them to help prevent the spread of COVID-19 disease. The amount of focus it requires to enforce social distancing requirements as well as other public health and safety guidelines may be making them a more appealing target for would-be thieves.

In Lower Saucon Township, police say a pair of shoplifters struck the Giant store at 1880 Leithsville Road over the weekend.

Police on Sunday released store surveillance images on Facebook showing two men entering and later exiting the store with “numerous items” police say they did not pay for.

The shorter of the two men was wearing a distinctive leather vest with a design on the back resembling a skull and gas mask. Above that artwork the man’s jacket bore a yellow patch that appears to resemble the Gadsden flag, with a coiled rattlesnake on one side and the words “Don’t Tread On Me” written across it.

Both men appear to be in their 20s or 30s, had dark facial hair and were seen entering and leaving in a dark, newer SUV of unknown make and model.

Anyone with information about the men is asked to call the Lower Saucon Township Police Department and reference Incident #20200419M4371, or submit an anonymous tip through the department’s Crimewatch Tipline at LowerSauconPolice.org. 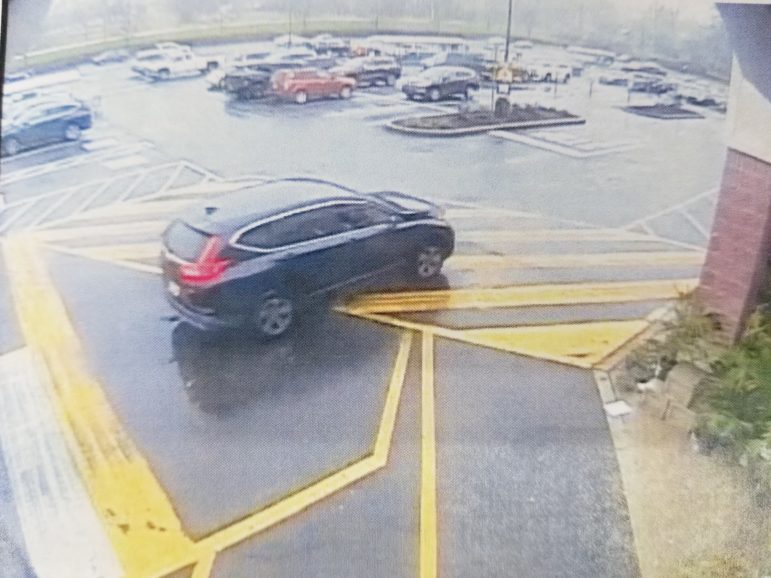 The vehicle police say the men were driving is seen in this Giant store surveillance image taken Saturday. 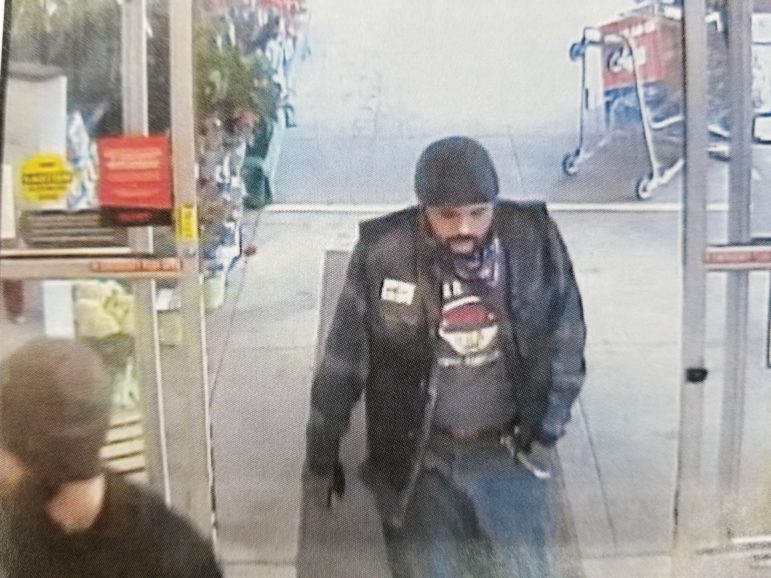 Lower Saucon Township Police are asking for the public’s help with identifying this man, who they say wore a distinctive vest when he allegedly shoplifted items from the Giant store in the township Saturday. 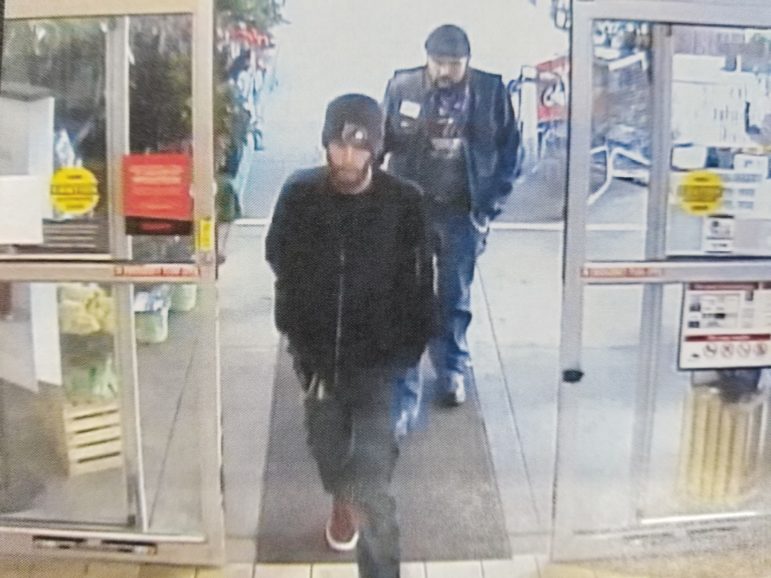 In this store surveillance image from Giant, 1880 Leithsville Road, Lower Saucon Townsihp, police say two men who allegedly went on to shoplift numerous items there are seen entering the store.