Dolores Fiorentino, 90, of Hellertown, passed away of natural causes on May 20, 2020, at Lehigh Valley Hospital-Muhlenberg. 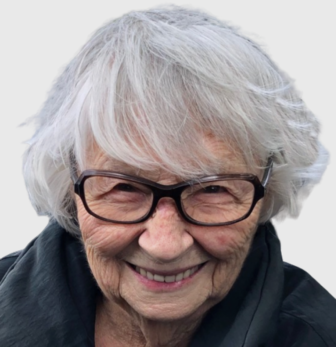 She was the loving wife of the late James A. Fiorentino. Born in Mahanoy City, she was one of nine children of Regina and John A. Malinowski. She is survived by: son James R. Fiorentino of Bethlehem, son John Fiorentino and his wife Dijana of San Diego, Calif., son Daniel Fiorentino of Bangkok, Thailand, daughter Maryanne Ruffer of Hellertown and son Michael and his wife Rebecca of Morton, Pa.; grandchildren Kerri Ruffer, Julia Lueker, Jackson and Jonathan Fiorentino, Joshua, Wesley, Samuel and Jeremy Fiorentino; great-grandchildren Charlotte, Jack and Frances; siblings Leonard Malinowski, Joan DiSalle, Daniel Malinowski and John P. Malinowski; and many nieces and nephews.

Dolores (known by friends and family as Lori) graduated two years early from high school. She worked as a hotel clerk and a Western Union telegram agent briefly in early adulthood. She was employed later as a seamstress and then at Bethlehem Steel where she worked primarily in the beam yards. She was a proud union member. Dolores attended St. Theresa Roman Catholic Church in Hellertown for over 50 years, where she served many years in the Ladies’ Guild, and for a time in the choir.

Dolores is beloved by her family and friends and was renowned for her generosity and energy even into her late 80s. She took up swimming in middle age and engaged in the activity at the YMCA for decades until 2019. In her later years, her hobby had been to set up a stall at the Saylorsburg Flea Market which she greatly enjoyed. She was a tremendous baker, a crossword expert and a formidable Scrabble player.

Family and friends are invited to a guided remembrance from attendees’ cars on Wednesday, May 27, 2020 from 10 to 11 a.m. at the Heintzelman Funeral Home Inc., 326 Main St., Hellertown. Immediately following the visitation, a private service will be held and streamed on Facebook live. The interment will conclude services at Union Cemetery of Hellertown. Online expressions of sympathy can be recorded at HeintzelmanCares.com. A celebration of Dolores’ life will be held at a future date for family and friends.

In lieu of flowers, the family requests that donations be sent to the World Food Program USA.