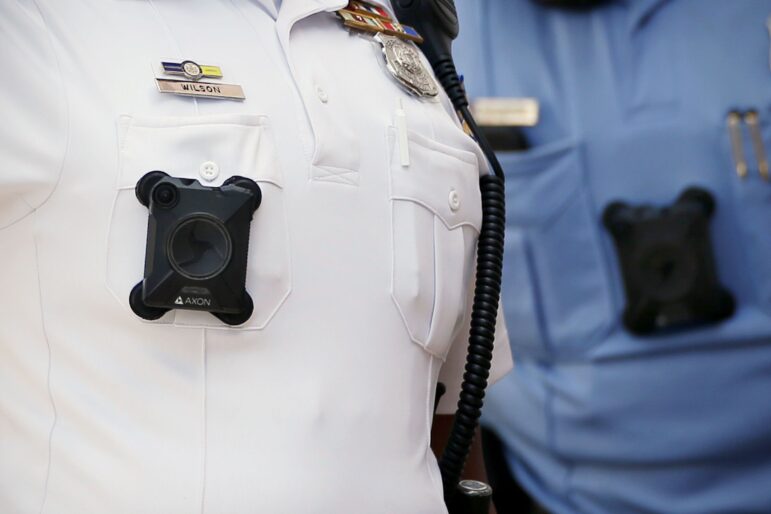 It’s unclear how many law enforcement agencies in Pennsylvania are even equipped with body cameras.

HARRISBURG — In 2017, Pennsylvania lawmakers approved a bill aimed at clearing the way for widespread use of body cameras by police forces.

Law enforcement agencies said they wanted to adopt the tool, but feared state law on recording without consent made them vulnerable to being sued. Act 22, passed by wide margins with bipartisan support and signed by Gov. Tom Wolf, fixed that problem.

But what should have been a watershed moment to bolster public oversight of police officers across the state has been hampered by a lack of funding and an abundance of red tape that makes it virtually impossible to obtain recordings.

The law also gives police departments broad discretion to deny requests and the ability to withhold footage indefinitely, even after a case has concluded.

“What’s really dangerous about this is you could have those records denied forever, there’s no time limit,” said Elizabeth Randol, legislative director for the American Civil Liberties Union of Pennsylvania. “What you’ve effectively done is: Here’s this incredible piece of technology that could surveil, and none of it is publicly accessible.”

Body cameras are widely seen as an important oversight tool to protect the public from overly aggressive or violent officers–and to be able to prove those claims in court–while at the same time protecting officers from false claims of excessive force or other misconduct.

According to the state’s Office of Open Records, an individual requesting police footage under Act 22 must submit the date, time and location of the recorded event, explain their relationship to the recorded event and identify every person present at the time of the recording if the incident occurred inside a residence. The request must come within 60 days of when the footage was recorded, and be submitted through certified mail or by hand.

If a request for footage is denied, a petitioner has to appeal to the Court of Common Pleas, which comes with an initial $125 price tag.

Just how often that happens is difficult to say. There’s no centralized database showing how many requests have been approved or denied by different departments to view such recordings. A 2018 Morning Call investigation found state police at the time had granted just two of 16 requests.

An agency, however, can decide to release any police footage it wishes, given the recording is not connected to a criminal matter or an ongoing investigation, according to Erik Arneson, executive director of the Office of Open Records.

Randol said “easy” changes could be made to improve Act 22, like including body camera recordings under the state’s Right-to-Know Law. Currently, the public bears the burden of arguing why footage should be released; under the open records statute, all records are presumed to be public and agencies must prove why they should remain confidential.

Rep. Dan Miller (D., Allegheny) has introduced legislation to do that, though the bill has been sitting in the House Judiciary Committee for six months without a hearing.

Miller said he had concerns about the “lack of accessibility” to footage when Act 22 first passed.

“I was trying to find another way to get people to realize that it is a good idea for us to have more transparency, not less, in relation to footage that is recorded on taxpayer devices,” he said.

Miller said he’s “more optimistic” the bill will now be considered because of the renewed conversation around law enforcement reform in the wake of the police killing of George Floyd in Minneapolis.

On Monday, a week after Black Democrats demanded their Republican counterparts take up reform bills, the GOP-controlled legislature took the first steps toward creating a confidential misconduct database and requiring yearly use-of-force training. Increasing access to police body-camera footage has not been prioritized so far, though Wolf said he supports revisiting the law.

“I think we need to be more transparent,” he told reporters earlier this month.

“This would include evaluating the strengths and weaknesses of recent laws, such as that for body cams, to determine where revision or improvement is required,” Baker said.

Rep. Rob Kauffman (R., Franklin), head of the House Judiciary Committee, said Monday that Democrats should flag bills they believe should be prioritized.

Still, Act 22 isn’t the only reason why it’s tough for Pennsylvanians to obtain police body-camera footage. In some corners of the state, it doesn’t even exist.

It’s unclear which of Pennsylvania’s more than 1,000 law enforcement agencies are equipped with cameras, as usage is apparently not tracked by any agency or organization. Departments including the state police, which functions as the only law enforcement agency for half of the state’s municipalities, have cited funding as a barrier for uniform adoption of body cameras.

Of the 10 largest cities in Pennsylvania, most use or are in the process of deploying body cameras. That includes Bethlehem, which began rolling them out in 2019. Tad Miller, the city’s open-records officer, said he has received just a few Act 22 requests, which “require extra scrutiny” in order to follow the law.

Arneson said body cameras are still “relatively new” in Pennsylvania and he thinks the time is right for an evaluation.

“I do think that at some point in the not too distant future, it would be useful to try and have a statewide analysis done somehow of what has happened with body cameras in Pennsylvania since 2017,” he said. “It’s getting to be time to have that kind of a discussion. I think somewhere between three and five years, we should have that discussion, which is right where we are now.”