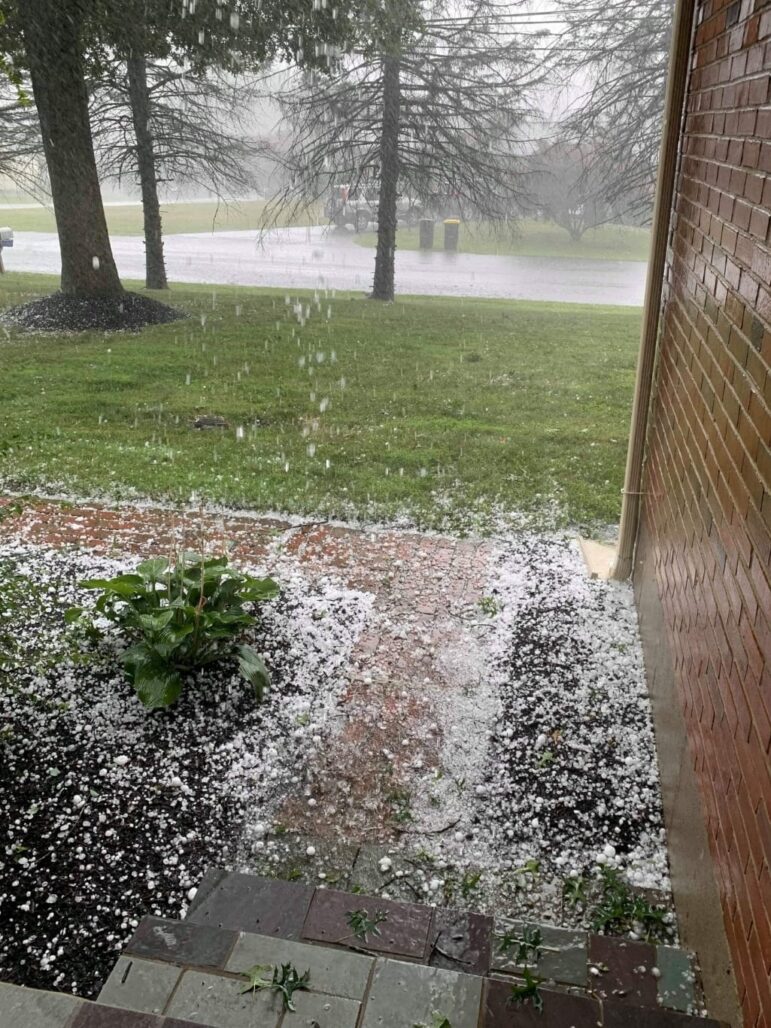 Large hailstones fell in Bingen, Lower Saucon Township, and other extreme southern parts of Northampton County Monday. The severe thunderstorm cell that dumped the hail did not extend very far north into the county, which was why Hellertown borough remained bone dry.

An unusually localized severe thunderstorm brought large hail to parts of Saucon Valley but left residents of other parts scratching their heads and wondering what all the fuss was about.

Severe thunderstorm warnings for the Hellertown area were issued by the National Weather Service around 3:30 p.m., as a large cell slowly expanded north and west out of Bucks County.

As it did so, the storm brought torrential rain and hailstones in excess of one inch in diamater to the southernmost parts of Lower Saucon Township, including the villages of Leithsville and Bingen.

The hail that fell was big enough to cause some damage to vehicles and roofs, as evidenced by a reader-submitted photo that shows holes it left in a corrugated-type canopy.

“Outside my window it was completely sunny towards Hellertown the whole time,” remarked Sam Striz of the unusual storm. Striz captured video of it in Lower Saucon Township.

In fact, it didn’t even rain in most of the borough, much of which is a scant two miles from the parts of Saucon Valley most impacted by the severe weather.

“It popped up really, really quickly on the outflow boundary of the cells that were in lower Bucks County,” explained professional stormchaser Justin Selig, who was in Upper Bucks County and Saucon Valley to document the event. “It rapidly exploded, and then quickly disappeared. It was a very isolated event.”

The main area of damage was from the area of the Giant shopping center along Rt. 412 in Lower Saucon Township, south toward the Bucks County line.

“They had significant hail damage to the trees. There’s leaves shredded everywhere. It was 1.25 inch hail,” Selig said.

He noted that a “very large tree” was also brought down by the storm in the area of the Leithsville fire station on Rt. 412.

“If you go into Hellertown, there’s nothing,” Selig remarked. “You can’t even tell there was a significant hailstorm just south of (the borough).”

As of 5 p.m., a severe thunderstorm warning remains in effect for Lehigh County as well as parts of Northampton County. According to the NWS, 60 mph wind gusts and quarter size hail have been reported in association with the latest storm. 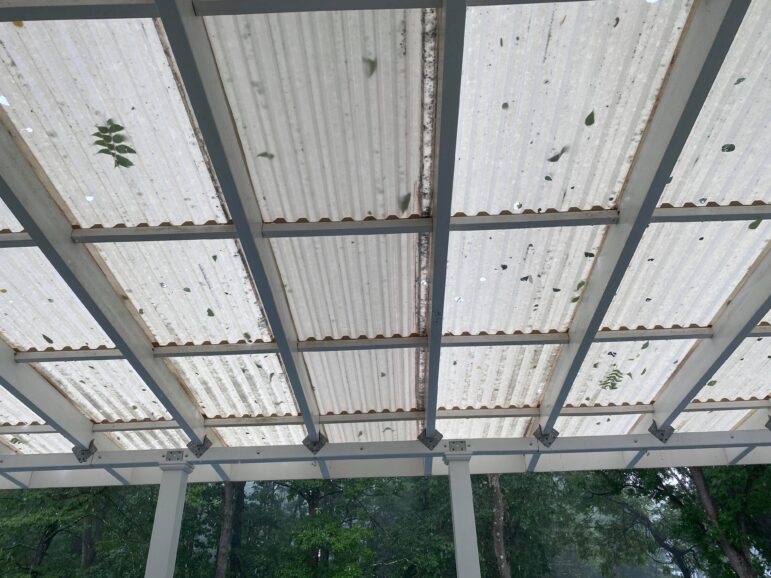 The hailstones put holes in some roofs in Lower Saucon Township.