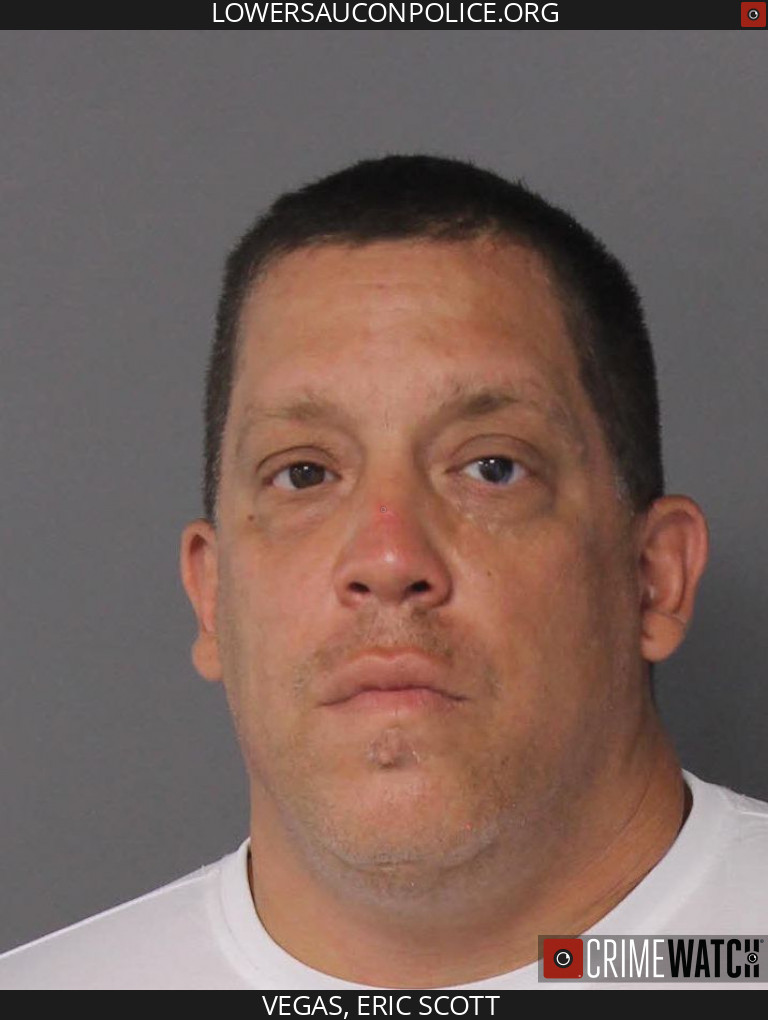 Lower Saucon Township Police Friday announced that a Center Valley man has been charged with DUI as a result of an accident in which he was allegedly involved in May.

In information published on their Crimewatch site, police said Eric Scott Vegas, 49, was the operator of a vehicle involved in a single-vehicle crash at Colesville Road and Rt. 378 May 19.

Following the accident, police said Vegas was transported to St. Luke’s Hospital and found to be under the influence of a controlled substance.

According to court records, Vegas is now charged with one count of Misdemeanor 1 DUI: Controlled Substance-Impaired Ability-First Offense.

In the 2011 case, Vegas was placed on house arrest for 60 days, fined $1,500, ordered to participate in an IPP (Intermediate Punishment Program) for a maximum of 60 months and admitted to the county’s ASP (Alternative Sentencing Program) as part of a sentence imposed by Judge Paula Roscioli. According to information on the Northampton County website, ASP is a program for second offenders in DUI cases “designed to provide the offender with expedited treatment and a lessened term of imprisonment with the condition that the offender is actively participating in treatment prior to adjudication.”

Pennsylvania has a 10-year “lookback” period for DUI convictions, meaning conviction for driving under the influence within 10 years of committing a prior DUI results in harsher consequences than one would receive for a first-offense DUI. If a DUI charge is filed more than 10 years after a prior DUI offense was committed, the new charge is treated by the court as a first offense.

In the current case, Vegas is represented by Easton attorney Gary Asteak, according to the criminal docket posted on the Unified Judicial System of Pennsylvania Web Portal.

A preliminary hearing in the case is scheduled for Wednesday, Aug. 5 at 9 a.m. before District Judge Alan Mege in Lower Saucon Township, per court records.