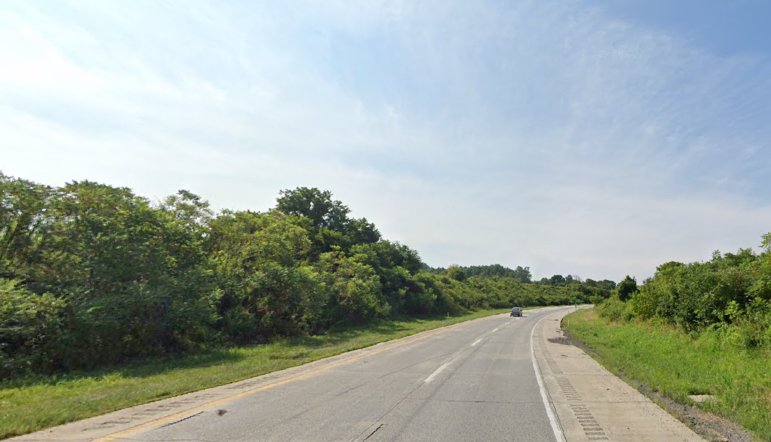 The exit ramp from Rt. 33 south to I-78 west in Lower Saucon Township is two lanes. Pennsylvania State Police say a crash occurred on it Sept. 4 when a driver made a lane change and struck another vehicle.

Pennsylvania State Police at Belfast cited a driver’s decision to change lanes on a two-lane exit ramp from Rt. 33 south to I-78 west in Lower Saucon Township as the cause of a crash that involved another vehicle.

In a news release Sunday, police said the crash occurred at approximately 8:52 a.m. Friday, when Roland E. Clark, 54, of Lithonia, Ga., “proceeded to make a lane change to the right lane of travel from the left lane of travel.”

Police said Clark’s vehicle struck a car in the right lane that was operated by a 30-year-old Easton woman and carried two passengers: a 30-year-old man and a six-year-old girl.

No one was injured in the accident, but both vehicles–a 2019 Lincoln MKZ Hybrid and a 2013 Chevrolet Cruze–were rendered inoperable because of damage and had to be towed from the scene, according to the news release.

Police said Clark was cited under the Pennsylvania Motor Vehicle Code for Driving on Roadways Laned for Traffic.

Another crash recently occurred in the same general area, at the point where Rt. 33 splits to form the two exit ramps to I-78.

On Friday local police and fire departments as well as EMS responded to a tractor-trailer accident on I-78 in Lower Saucon Township.