Corn. It’s not exactly something you hear about being stolen every day, but that’s what state police say they’re investigating.

In a news release Thursday, Pennsylvania State Police at Fogelsville said they were called last month to a property in the 2800 block of Hickory Lane in Lowhill Township, Lehigh County, to investigate the theft of $25 worth of corn from a field.

Police identified the victim of the corn caper as a 37-year-old Orefield man, and said he reported the missing corn to them Sept. 18.

They said a vehicle belonging to a 53-year-old Coopersburg man was allegedly seen leaving the field “with corn hanging from the back,” but when contact was made with the driver he “denied that he stole the corn.”

The investigation into the corn kerfuffle continues. 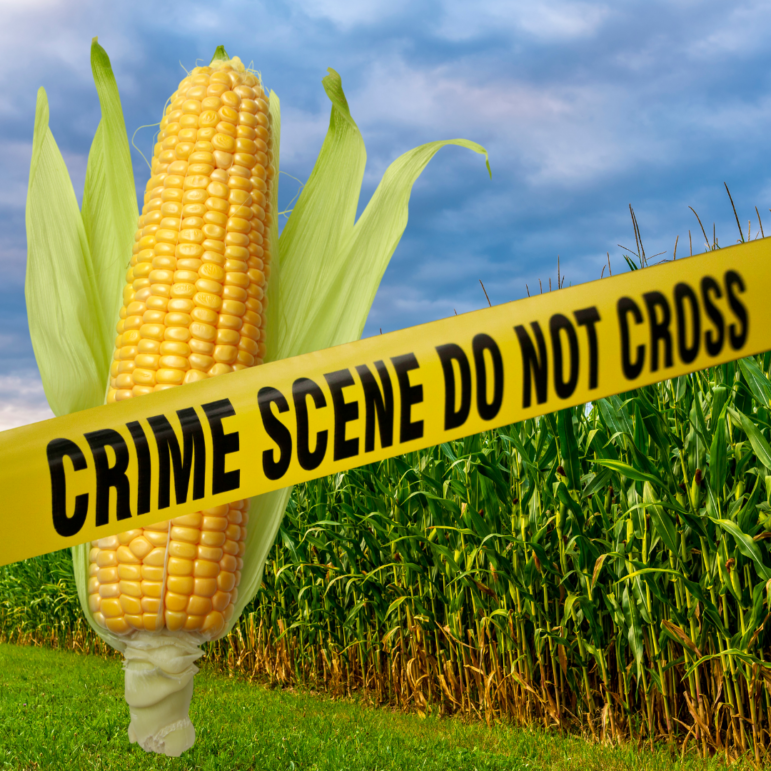