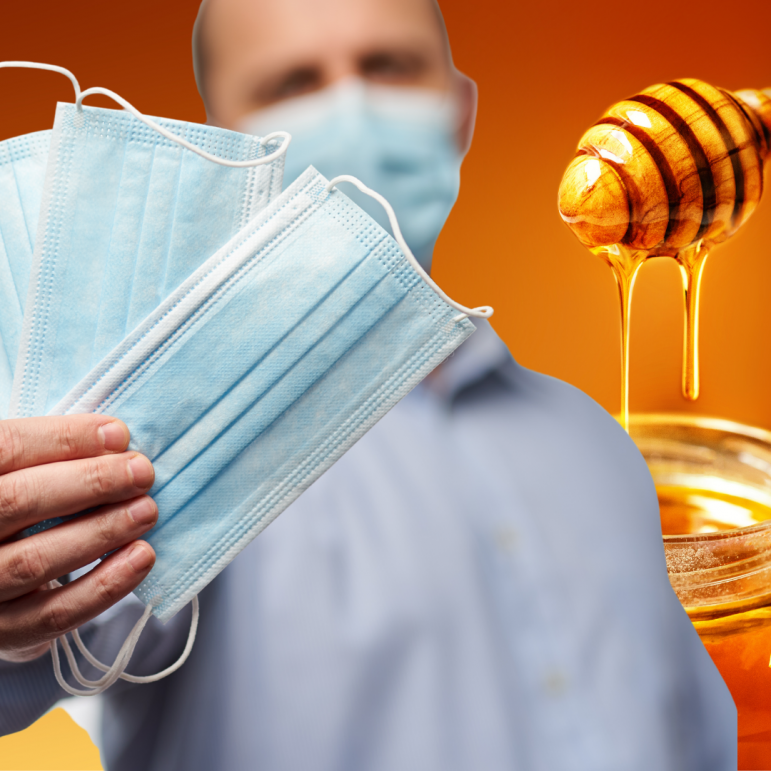 Pennsylvania State Police at Dublin say a man who went to a honey stand in Upper Bucks County was pushed by another man there when he refused to wear a face mask inside the business.

A dispute over the wearing of a face mask has state police on the lookout for a man who they say pushed another man inside a local honey stand.

In a news release Tuesday, Pennsylvania State Police at Dublin said the incident occurred at the Quakertown Honey Stand at 2000 John Fries Highway in Milford Township on the afternoon of Jan. 10.

Just before 2 p.m., police said a man “entered the store without wearing a face mask.”

“A patron who was already in the store asked the male to leave or put on a mask,” they said, and when the man “refused” the patron allegedly pushed him.

Police said their investigation into the incident is ongoing, and asked anyone who may have witnessed the altercation to contact state police at the Dublin barracks by calling 215-249-9191 and referencing incident number PA21-40865.

Pennsylvania has a mandatory mask order in place that requires customers and staff in businesses and other public places to wear face coverings unless they have a medical condition that prevents them from doing so. The order–which has been in effect since last April–has been modified and expanded throughout the coronavirus pandemic, to help prevent the spread of the disease. However, it is still opposed by individuals who believe their right not to wear a mask supersedes any public health requirement to do so.

According to public health experts, wearing face masks reduces the risk of transmitting COVID-19, because they help prevent the distribution of aerosols that can carry the virus. Along with physical distancing, handwashing and other measures, mask-wearing has been promoted as a way to protect others from exposure to the coronavirus.