A funny thing happened on Inauguration Day in the Saucon Valley School District, and probably a number of other local districts as well. Some students watched the presidential inauguration live, some students didn’t, and a number of parents, students, teachers and others on both sides of the decision in both cases became upset about it.

The fact that high school students weren’t given the opportunity to watch the peaceful transfer of power in their country just two weeks after an insurrection threatened it as never before isn’t actually funny, though. It’s sad. It’s also representative of a troubling trend in public education away from incorporating current events into social studies.

It has always been the purview of educators to teach students about American history and what was once known as “civics,” i.e. the foundational aspects of our democracy. I would argue that it’s not only their purview, but it’s also their responsibility. Civics is no longer taught in most schools–and shame on all of us for allowing that to happen–but there is no prohibition on teaching it. Is there? Parents who don’t want their children to learn civics or the mainstream version of American history taught in public schools have the freedom to send them to private schools, or homeschool them if they so choose.

Freedom should include choice, but students at Saucon Valley High School aren’t being given the choice to learn from the events the rest of the world is watching in real-time.

The reasons behind this censorship aren’t entirely clear, but there is much anecdotal evidence to suggest that administrators in particular are wary of parents, some of whom have an overactive interest in policing the curriculum their children are assigned; the same curriculum they tacitly accepted when they decided to enroll them in the district.

Teachers, too, are no doubt worried about anything they may say or do that could be interpreted as politically-motivated, particularly in hyper-divisive, post-2020 America.

This was sadly demonstrated when many–if not all–teachers declined to discuss the Jan. 6 insurrection at the U.S. Capitol with their students, or at least acknowledge that such a momentous event had occurred. The result of that, as Saucon Valley high school junior James Townsend explained in a recent op-ed, is teens’ increasing desensitization to era-defining events; events that have the potential to influence all our lives for generations.

Perhaps more upsetting than high school educators’ failure to use an insurrection as a “teachable moment” about American democracy was their decision Wednesday to black out the inauguration; the visual proof that a peaceful transfer of power could and did still occur, despite an assault on the very freedoms we send children to school to learn about.

Curiously, students in the elementary and middle schools did watch the inauguration, which angered at least one parent. Posting on social media, the individual (in a since-deleted post) criticized the district for not informing parents that the ceremony would be watched, and questioned whether the viewing was an attempt at indoctrinating her child.

After reading criticisms like that one, the decision to censor the inauguration becomes more understandable, at least in a way. Why would you risk a parent’s ire when you can play it safe by adopting a ‘know nothing’ approach? (It should also be noted that least one teacher reportedly told students they could watch the inauguration on their phones, since he wasn’t permitted to show it to them in class. It is unclear how many opted to do so.)

Students in high school are also closer to voting age than younger kids are, which means they’re more likely to be aware of politics, and a minority of their parents are more likely to react badly to anything that approaches politics being discussed in their classes.

That’s wrong. If a few parents are putting up obstacles to their children’s learning, the district certainly doesn’t need to punish all students by cloistering them inside a news vacuum. The purpose of education is not to prevent students from learning about current events because their parents might view them through a lens that differs from reality.

The high school students in Saucon Valley who didn’t get to watch the inauguration in class and/or discuss it–particularly in light of the events of Jan. 6–were robbed of a special opportunity to develop their own perspectives by watching history in the making.

Inaugurations aren’t about politics. They are ultimately about American democracy, which is something we should all treasure, and especially now. By keeping TVs and livstreams muted Wednesday, Saucon Valley educators wrongly politicized something that belongs to all Americans: the peaceful transfer of power in a democratic society.

The high school students of today are the voters of tomorrow. If they don’t have an appreciation for what that transfer means, then sadly we are more likely to see scenes of the type we witnessed on Jan. 6 at the U.S. Capitol. That possibility should frighten every American who believes in freedom, and should force educators to rethink their obedience to the unrealistic, anti-democratic demands of a minority of local parents.

Josh Popichak is the editor and publisher of Saucon Source. A former history major, he believes in equal opportunity in education, so all students can reach their potential. 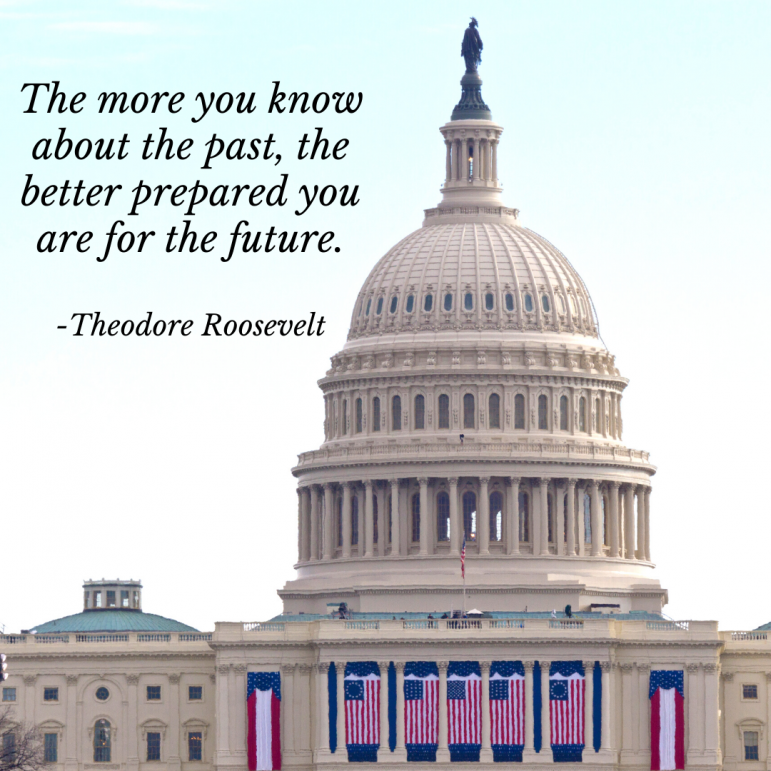