As far as Januarys go, the weather this month has been remarkable only for its uneventfulness. Temperatures have been above average, and snow has mostly beem MIA for the past several weeks. That may change in the next few days, however.

In a hazardous weather outlook Saturday, National Weather Service meteorologists said “some snow and sleet are expected” during that period.

If the system continues to track favorably on weather models, it is possible that the NWS will issue a winter weather watch or advisory sometime Sunday.

PA Weather Action lead forecaster Josh Adams published a first call for the storm Saturday, in which he said the winter storm could have “moderate” impacts locally.

“A weakening low pressure system coming from the Great Plains will bring a wintry mix of precipitation to the state, starting Monday evening and continuing into Tuesday for many,” Adams said. “Travel disruptions are expected in central and eastern PA Monday night through early Tuesday afternoon. The Monday evening commute should be clear in all areas, but the Tuesday morning commute will be hazardous in many locations.”

In his first call snow total map, Adams put the Lehigh Valley in a zone he expects to see 2 to 5 inches of snow, which he said will push northeast into the area by late Monday night.

He noted that since the storm’s onset is still a couple of days away, additional forecast changes are possible. Those will be detailed in a second fall forecast Sunday, he said.

Beyond Monday, the weather next week is expected to be seasonal, according to the latest NWS forecast for the area. Highs are expected to be in the mid to upper 30s, with lows in the upper teens.

The last significant snowfall was in mid-December, when up to a foot fell across much of the Lehigh Valley, with higher amounts in the Poconos and points further north.

Due to the storm’s timing, most local schools did not have to close, and few districts have used any snow days so far this winter. 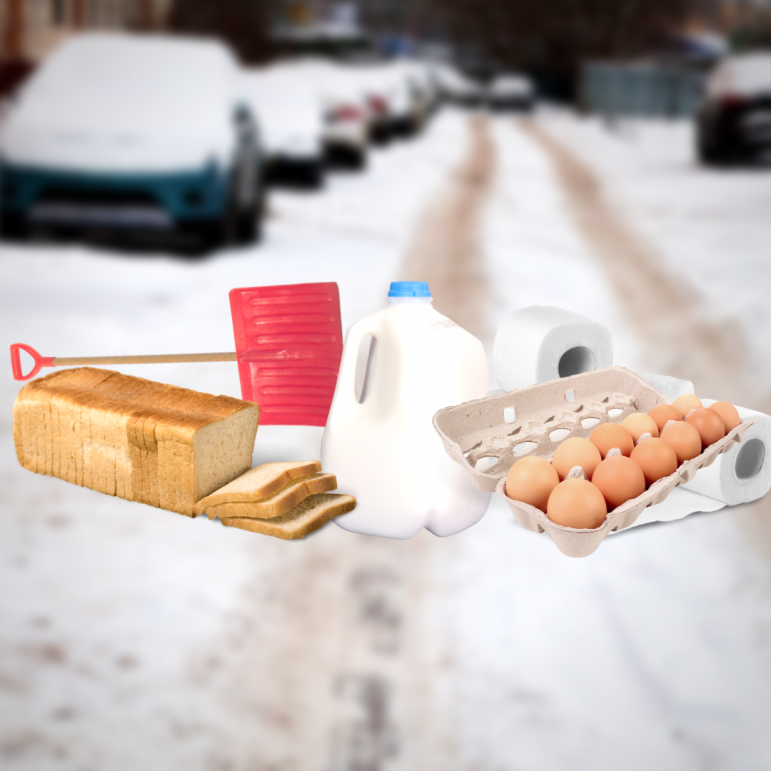 As soon as the word “snow” is uttered by weather forecasters, many people rush to the grocery store to stock up on staple food items, such as milk, bread and eggs. Snow shovels and toilet paper are also typically snatched up in large quantities during pre-storm panic buying.