HARRISBURG — The data needed to redraw Pennsylvania’s political districts is more than five months behind schedule, raising concerns among advocates for fair maps that state lawmakers could use the delay to fast-track the redistricting process and make it less transparent.

The U.S. Census Bureau announced Friday that it can’t release the population figures needed for redistricting until Sept. 30, citing setbacks in collecting responses to questionnaires during the coronavirus pandemic.

That means state lawmakers can’t begin the once-in-a-decade drawing of Pennsylvania’s legislative and congressional lines in earnest until September. The shortened timeline could also put the 2022 primary election at risk of being delayed.

Carol Kuniholm–chairperson of Fair Districts PA, a nonprofit group advocating for redistricting reform–said she’s concerned lawmakers will use the delay as an excuse to limit transparency and public input, which has been minimal in previous decades.

In December 2011, Republican lawmakers revealed and passed a new congressional map in less than two weeks. That map was later overturned by the state Supreme Court, which called it a partisan gerrymander that diluted Democrats’ votes “in order to give the party in power a lasting electoral advantage.”

Pennsylvania is expected to lose a congressional seat this year–raising the stakes even higher–and Republicans who control how that map is drawn must get Democratic Gov. Tom Wolf’s approval. The legislative political lines, meanwhile, can determine which party controls the General Assembly and dictates policy-making decisions for the next decade.

“There’s no reason why they can’t be collecting public comments even before the data comes out, then hold regional mapping events over Zoom,” she said, adding once the data is released, lawmakers should hold regional meetings to allow the public to weigh in on the proposed maps.

“That’s all completely doable in the time frame they have if they plan ahead and they commit to doing a transparent public process,” she said. 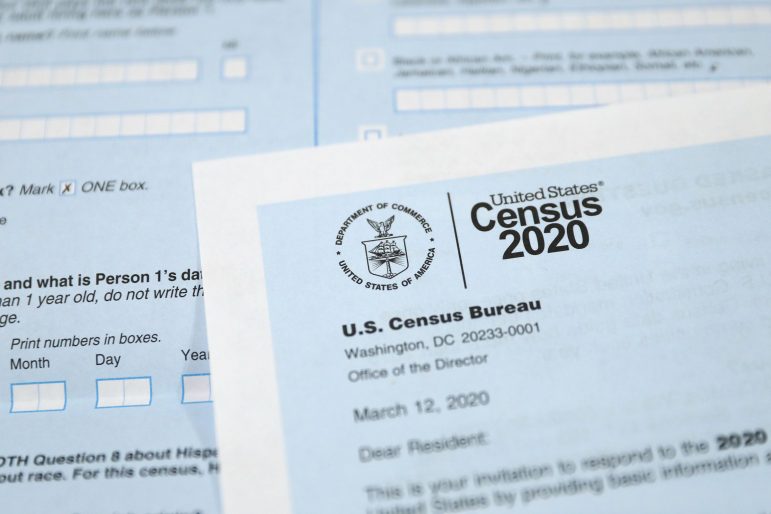 The U.S. Census Bureau announced Friday that it can’t release the population figures needed for redistricting until Sept. 30, citing setbacks in collecting responses to questionnaires during the coronavirus pandemic.

As a general rule, the maps must be completed before candidates can start filing to run in the 2022 primary, as they’ll need to know whether they live within the new district’s boundaries and gather ballot petition signatures from people who live in that district.

Pennsylvania’s primary filing deadline is March 9, 2022, which gives lawmakers only six months–compared to the year they had last decade–to create and approve the maps.

Ben Williams, an elections and redistricting policy specialist at the National Conference of State Legislatures, wrote that states can push candidate filing deadlines back to give lawmakers more time to complete maps, or ask courts to push back any legislative or constitutional deadlines associated with redistricting.

Primary election dates could also be changed, Williams wrote. Last year, Wolf delayed Pennsylvania’s primary election by 35 days, citing the dangers of the coronavirus pandemic. Senate President Pro Tempore Jake Corman (R., Centre) told the Associated Press on Friday that lawmakers may have to consider postponing the May 17, 2022 primary “if the data comes in so late.”

Kuniholm said she thinks lawmakers can get the maps drawn without having to delay primaries or hold elections under the old maps–something her organization would argue against.

“If they have the data by the end of September, good maps can be drawn quickly and be available for public feedback,” she said. “Drawing a map to capture all the predicted data and really gerrymander it precisely can be more time-consuming.”

Khalif Ali, executive director of Common Cause Pennsylvania, said he would accept delaying the primary if it meant giving the public more time to provide input.

“Any changes of the schedule should not come at the expense of opportunities for the public to submit testimony” or respond to the proposed maps, he said.

Pennsylvania faced a similar dilemma in 2012, when the state Supreme Court invalidated the legislative map drawn by a commission of the General Assembly’s top lawmakers.

As a result, Republicans asked the court to delay the April 24 primary. Instead, elections that year were held based on the previous decade’s maps while the commission worked on a new one, which wasn’t approved until May 2013.

Senate Minority Leader Jay Costa (D., Allegheny), one of four legislative caucus leaders who make up the Legislative Reapportionment Commission, said the process will likely be “compressed” in November, December and January.

“It will be a tight timeline given the constraints we have right now,” he said Friday during a virtual meeting with the National Democratic Redistricting Committee. “It makes our work a little harder, but that’s OK by me.”

He said his biggest concern was ensuring the population count was accurate, even if that means the data is delayed.

“We also have to be cognizant of the fact that we want to give people an opportunity to witness the process that we participate in as reapportionment commission members, an opportunity to have input into what the maps look like, an opportunity to understand what we’re trying to achieve as we put those maps out there for consideration, and an opportunity for the matters to go to court if necessary,” he said.

Senate Majority Leader Kim Ward (R., Westmoreland) said her caucus would “explore all options to ensure we meet our constitutional duties in this process.”

The House and Senate State Government committees have scheduled a Feb. 24 public hearing on what the data delay means for Pennsylvania.