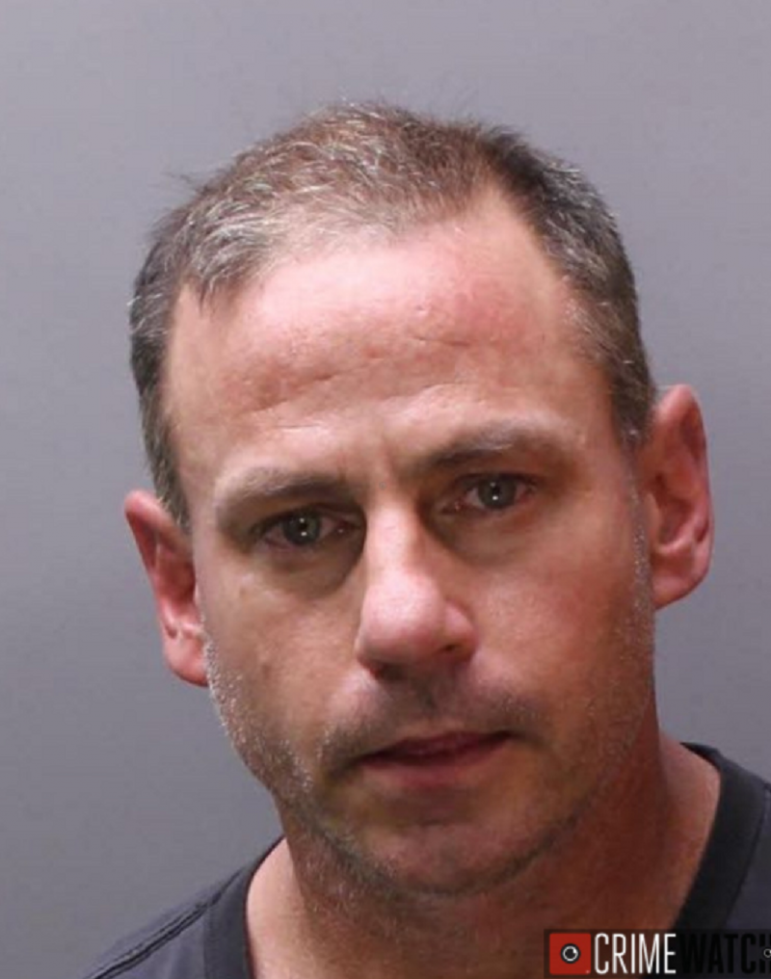 In a criminal complaint affidavit of probable cause filed in Northampton County District Court, the arresting officer in the case said he was dispatched to a home in the 2600 block of Wassergass Road at around 10:30 p.m. April 29 after being advised by the county communications center that “a male…just pointed a gun at the victim.”

The dispatcher told police the suspect had left the scene of the alleged incident driving a red Chevy Cobalt and was “headed towards Hellertown borough,” the complaint said.

According to a post on the department’s Crimewatch site, Lower Saucon “officers located the vehicle and conducted a traffic stop.”

When the officer made contact with its driver he said he identified him as Aaron J. Hamlin, 45, “and observed a long barrel shotgun in the rear seat of the vehicle in plain view.”

Through their investigation, police said they learned that Hamlin allegedly began to follow the Wassergass Road resident as he was driving home from visiting a friend in the Coopersburg area.

The arresting officer said the man told him Hamlin “tailgated” him and that after arriving home “he noticed that (Hamlin), who he has never met before, was now parked directly behind his vehicle.”

Police said the resident got out of his truck, walked around the back of it and “noticed that (Hamlin) had a gun pointed out the window at him.”

At that point, police said, Hamlin told the man “take one more step and I will blow your (expletive) head off.”

“The victim yelled to his girlfriend and grandfather who were outside to witness this event to get down and that the actor had a gun,” the arresting officer wrote in the complaint, adding that Hamlin then allegedly drove off.

According to police and court records, Hamlin is charged with Misdemeanor 1 terroristic threats and Misdemeanor 2 simple assault.

According to the docket, a preliminary hearing for Hamlin is scheduled to be held before District Judge Alan Mege in Northampton County District Court 03-2-04 in Lower Saucon Township on Monday, May 10 at 9 a.m.

An attorney for Hamlin is not listed on the docket.

This is the second recent incident allegedly involving a firearm in that part of Wassergass.

Note: All individuals charged with a crime are presumed innocent until proven guilty in a court of law. This story was compiled using information from the Lower Saucon Township Police Department and Northampton County Court documents.