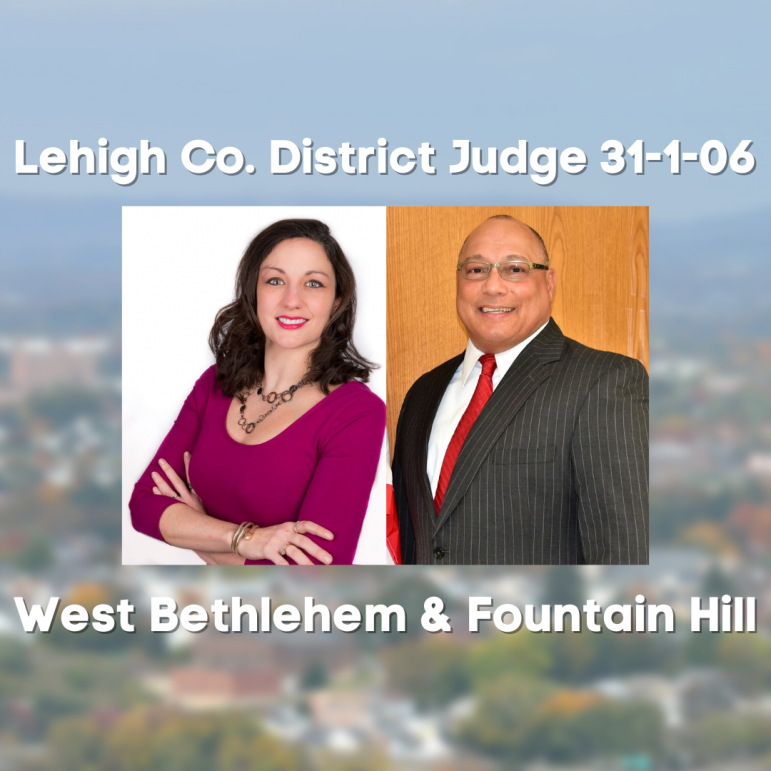 Voters in West Bethlehem and Fountain Hill, Lehigh County, will decide who their next district judge is in November’s general election. Amy Zanelli won Tuesday’s Democratic primary and Van Scott Sr. won the Republican primary in the race for the judgeship formerly held by Wayne Maura.

A race for magisterial district judge in West Bethlehem and Fountain Hill, Lehigh County, will be decided in November’s general election, after one candidate won the Democratic primary and the other won Tuesday’s Republican primary.

Since candidates may cross-file petitions in elections for district judge, both candidates–Van Scott Sr. and Amy Zanelli–appeared on both the Democratic and Republican ballots.

According to unofficial county results, Scott was the winner of the Republican primary, with 585 votes to Zanelli’s 297.

Zanelli was the winner of the Democratic primary, with 1,721 votes to Scott’s 627, according to the unofficial results.

Saucon Source recently interviewed both candidates as part of our No Rain Date podcast.

On Wednesday, Scott posted a statement on his campaign Facebook page, Van Scott for Magisterial District Judge, regarding the outcome of the primary.

“We have a huge uphill batlle ahead of us and we will learn from our past mistakes, but our vision is very clear,” the statement said, in part. “I am not a politician and will never claim to be, and will continue to serve the community as I have done for well over 40 years.”

As of Wednesday afternoon Zanelli had not yet updated her Facebook page, Amy Zanelli for Judge, with a post-election statement.

The seat for which both Zanelli and Scott are now vying was formerly held by District Judge Wayne Maura, who passed away unexpectedly in November 2020.

The results from Tuesday’s primary won’t be official until they are certified by the county.