The following paragraph concerning a shooting in Lower Saucon Township was published on page 15 of the Feb. 11, 1919 edition of The Morning Call newspaper. If published today, it is possible the teenage shooter’s name would have been withheld. However, in the early 1900s, juvenile offenses were not adjudicated as they are today.

Peter Buss, aged 16, of Lower Saucon, who shot young Kenneth Bender, also of Lower Saucon, with a flobert rifle* last fall, was taken before Judge Stewart yesterday morning and given a severe reprimand. It is said the boys made fun of Buss’ rifle, yelling, “A ‘2’ is no good.” Buss then discharged the rifle, but he claims he did not aim at them. Bender, who was more than 100 yards away, was dangerously wounded and for some days was in St. Luke’s hospital. The Buss boy was placed under probation in charge of Miss Carrie Riddle, of Easton, his father being ordered to pay the doctor’s and hospital bills for Bender. 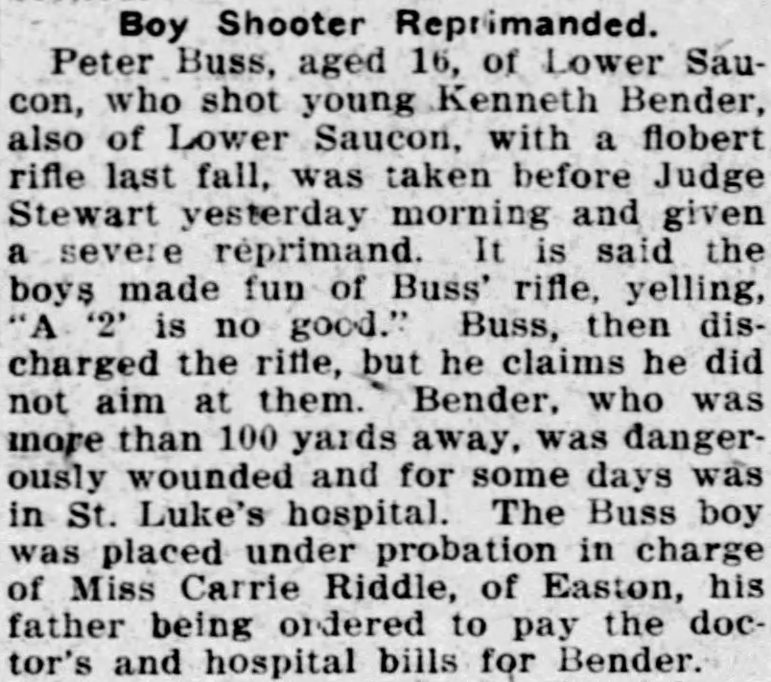 *A flobert rifle is a type of firearm designed for recreational indoor target shooting.

Also in the news on Feb. 11, 1919 was a case involving Dr. W. Gilbert Tillman, of Wilson, who was accused of manslaughter for allegedly neglecting his wife until she died from influenza. In reporting on the progress of the case, which it called “the most sensational of the week,” The Morning Call noted that a Hellertown resident was a member of the jury that would be deciding Tillman’s fate. In two other murder cases that were then before the Northampton County court, attorneys from Hellertown were representing the defendants, it was noted in the coverage. What ever became of Dr. Tillman? The day after his trial began, he was acquitted of the charge of involuntary manslaughter, according to an account of it published by The Evening News of Harrisburg. “After the testimony of the prosecution was in, Judge McKeen instructed the jury to find a verdict of acquittal, because of the failure of the prosecution to establish its case,” the newspaper reported. 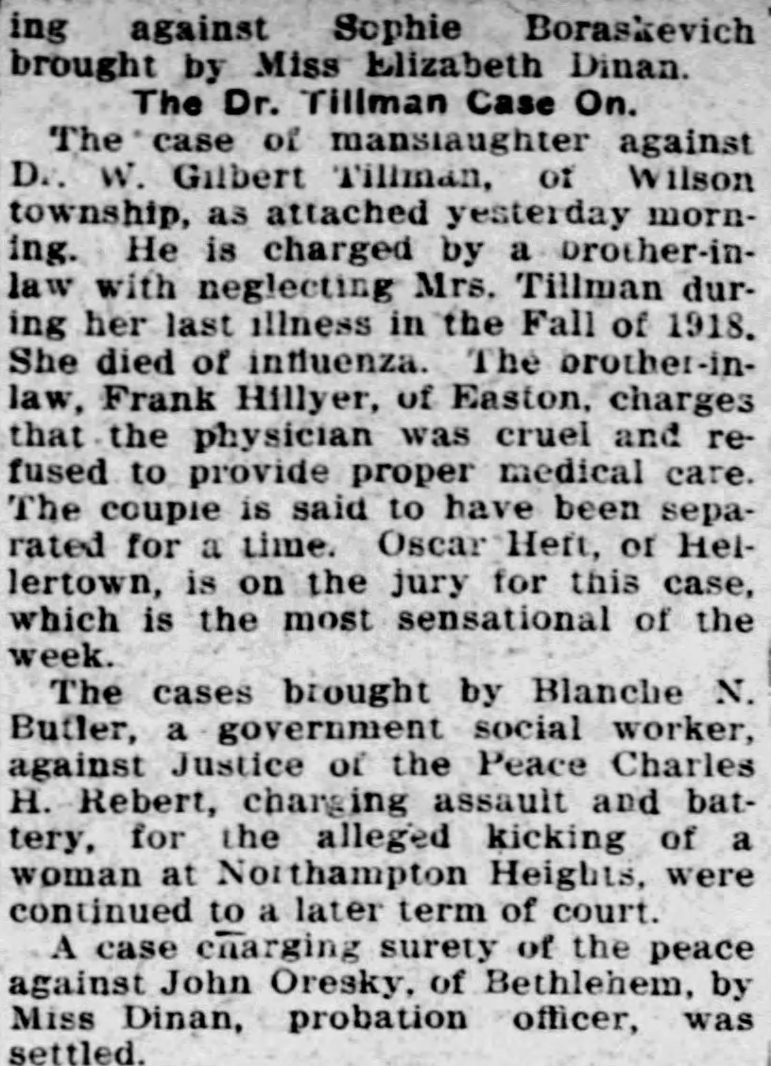