Hellertown Police say they are investigating an incident involving a suspected child luring attempt that occurred Wednesday afternoon near Main and Walnut streets.

In a news release issued shortly before 5 p.m., police said that around 3:45 p.m. a boy was walking a disabled bicycle in the 100 block of Main Street when an older man driving an older model, full-size, dull black van approached him. 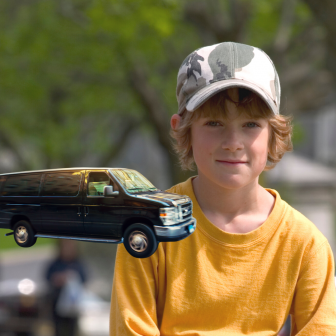 Hellertown Police say a suspicious man who approached a boy near Main and Walnut streets Wednesday afternoon was driving an older model, full-size black van. Police said they are investigating the incident as a suspected child luring attempt.

Police said the man “reportedly asked the juvenile to come to him, so he can assist with his bicycle.”

An alert citizen observed the interaction between the man and the boy, police said, and intervened by asking the boy if the man in the van was “bothering him.”

At that point, according to police, the unidentified man left the area by driving north on Main Street.

Police described the suspicious man as white and approximately 60 years old, with longer gray hair that may have been tied up in a pony tail or a bun.

They said the van he was reported to be driving had a gray primer spot on its passenger side area.

Police stressed that they would like to identify the man. They asked anyone with information pertaining to the incident to contact Ofc. DeLeone by calling 610-838-7040 or 610-759-2200.