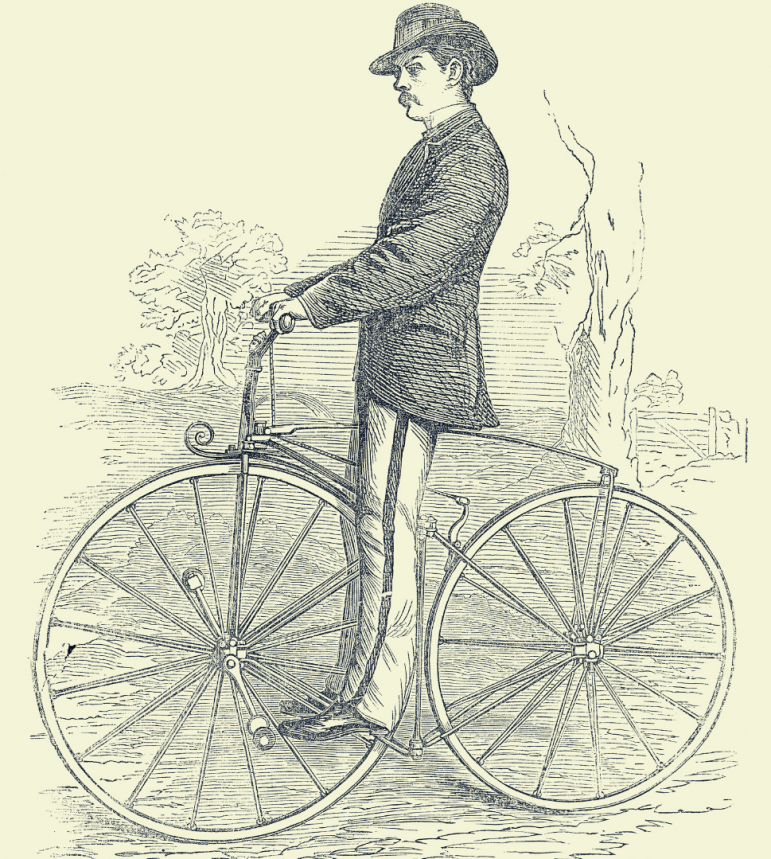 Bicycle riding had become a popular American pastime by the late 19th century.

American society is well-known for its litigiousness, with many people under the impression that the frequent filing of lawsuits as a means of financial redress is a strictly modern phenomenon. That is not necessarily the case, as evidenced by the following article about a “test case” which appeared in the March 29, 1897 edition of The Allentown Leader newspaper. The news brief below also demonstrates that Pennsylvania’s reputation for poorly-maintained roads may have roots that date as far back as the late 19th century. Note also the use of a British English spelling of ‘Center Valley’ at that time.

Bicyclists to Start a Test Case

About 20 members of the Mercury Wheelmen took a run to Centre Valley yesterday. They had dinner at Wilt’s hotel. Each bicyclist had to pay the turnpike company 10 cents toll for the round trip. One of the bicyclists’ wheels was broken by the poor condition of the pike. The intention is to sue the company for the cost of repairing the wheel. The Mercury Wheelmen and the League of American Wheelmen* will back the case. The bicyclists are willing to pay toll, but want a good road in return.

*The League of American Wheelmen is still in existence today. The organization is now known as The League of American Bicyclists. It was founded in 1880, and according to the group’s website, “in an effort to improve riding conditions so they might better enjoy their newly discovered sport, more than 100,000 cyclists from across the United States joined the League to advocate for paved roads. The success of the League in its first advocacy efforts ultimately led to our national highway system.” 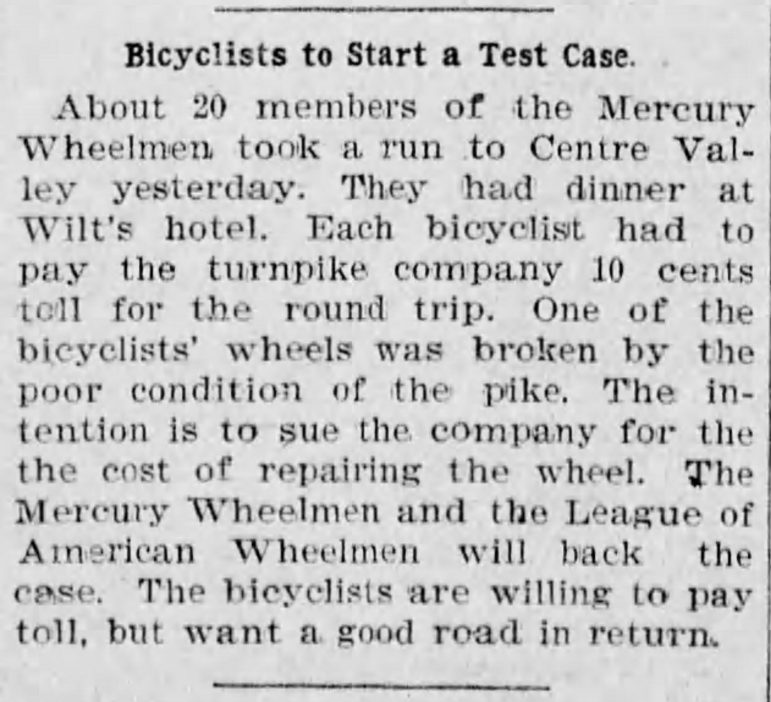 In 1897, a bicyclist who was a member of a local cycling club planned to sue the owner of the turnpike on which one of his bicycle wheels broke during a ride to Center Valley. This story appeared in the March 29, 1897 edition of The Allentown Democrat.