As the winningest and most celebrated wrestler in the history of Lehigh University, Mike Caruso knows the thrill of garnering public accolades and attention from the news media. These days the Saucon Valley resident names racehorses in honor of people, places and things he cherishes, to give them the spotlight he feels they have earned.

The two young steeds, whom Caruso and his associates bought last fall in Kentucky, are in training to start competing in the coming weeks. They may run at some of the premier courses in New York, including Belmont Park and Saratoga Springs. 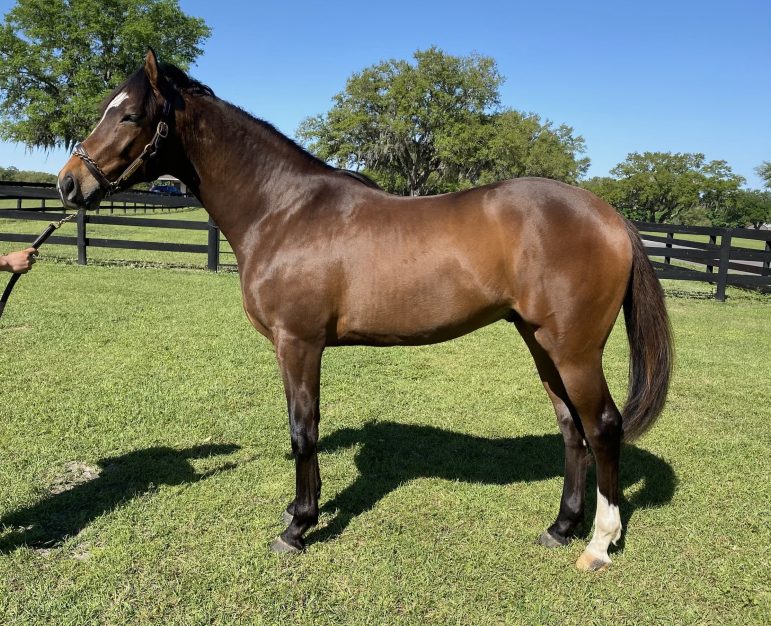 St. Luke’s is named after the hospital where Lehigh University wrestling legend and thoroughbred owner Mike Caruso, of Saucon Valley, has received care since his college wrestling days.

Caruso named one of the two-year-olds St. Luke’s after the Bethlehem hospital where he has received care since his college days. In fact, this name was Caruso’s second choice. He had really wanted to honor longtime St. Luke’s President & CEO Richard A. Anderson by calling the horse President Rick.

“He’s been a good friend for many years,” Caruso said of Anderson. “He’s a great leader who deserves recognition for his 30-plus years at the helm of the network.” Anderson, however, demurred, asking Caruso to instead name the horse for the hospital that he helped grow into the largest health care system in eastern Pennsylvania. The horse is mostly mahogany-colored with a white patch between his eyes and a coal-black mane.

“He’s brilliant and kind, and I think the world of him,” Caruso said of Dr. Jahre. Doctor Jeff (the horse) is chestnut brown in color with a white mane. Each horse comes from a line of winners, which further impressed their buyers. 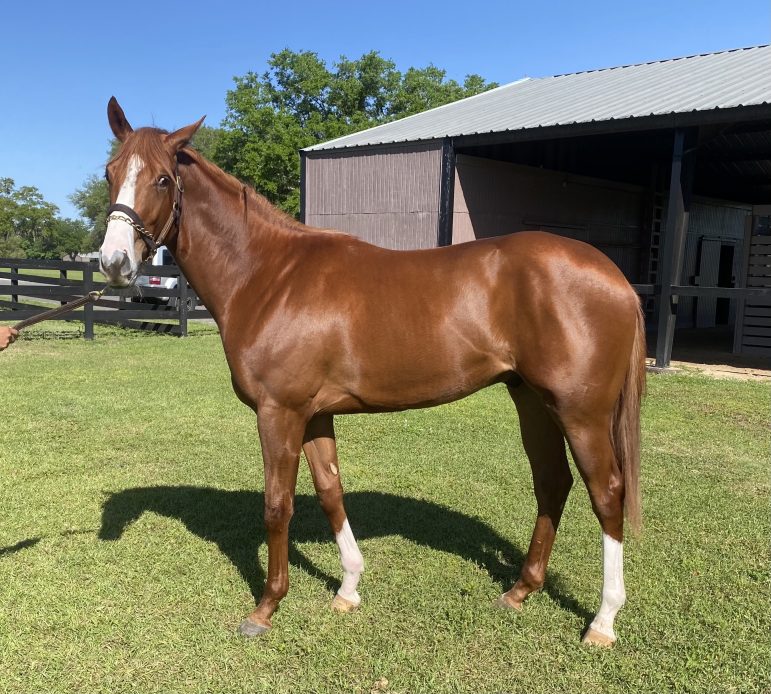 Doctor Jeff is named after Caruso’s good friend Dr. Jeffrey Jahre, who is St. Luke’s senior vice president of medical and academic affairs. Caruso referred to Jahre as his “healthcare guru” and said his friend is both “brilliant and kind.”

In his four decades of partnering with horse buyers, trainers and jockeys, Caruso has named a horse Grace Hall, after the legendary Lehigh University venue where he competed in the mid-1960s; he has honored a former employee by adding her moniker to a steed several years ago; and he has given horses the names of classic wrestling moves, like Fireman’s Carry and Barrel Roll, which he relied on often during his championship wrestling days at Lehigh.

Caruso said he likes the horseracing business “because it’s very social and competitive like wrestling.”

He and his late wife took it up in the 1980s as a diversion from the day-to-day rigors of owning and running their insurance company. It’s a financial risk that has paid off nicely at times, and not so well at others. So far, he and his group have bought about 100 horses over the years, many of whom they’ve also sold. Their most victorious thoroughbreds have been Monomoy Girl and Aunt Pearl, both winners of the Breeder’s Cup.

St. Luke’s and Doctor Jeff, the latest purchases with his buying partners, excite Caruso because of early reports he has been receiving from their trainer at Belmont Park, where the Belmont Stakes was run June 5. He’s hoping he will soon see them competing there or at Saratoga.

“They are advancing well for two-year-olds,” Caruso noted. “It’s too early to gauge talent, but barring any setbacks, they could be racing in four to six weeks.”

Caruso hesitated to predict great results at this point for either St. Luke’s or Doctor Jeff. But he thrives on the thrill of the competition, and the occasional novelty of naming a horse adds to the fun.

“All racehorses are a gamble,” he said. “One-third of them never make it to the track and half never win a race.”

“But, who knows, St. Luke’s and Doctor Jeff could be champions,” he added. “After all, they were named after champions.”