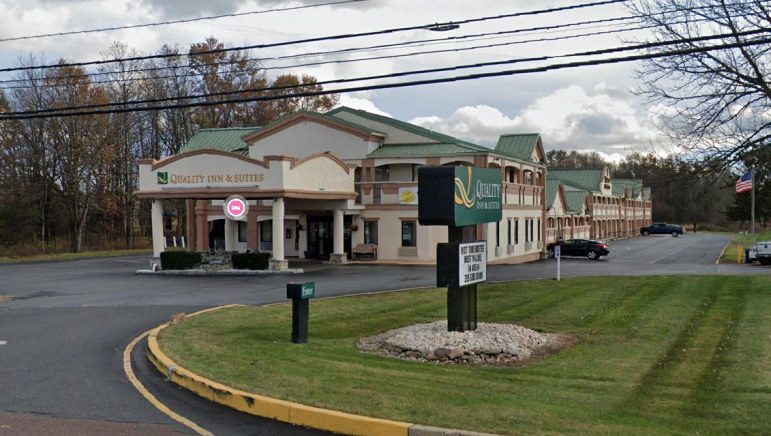 Pennsylvania State Police at Dublin arrested a man who was allegedly high on drugs when he was found wandering naked outside the Quality Inn in Milford Township Friday morning. The hotel is located on Rt. 663 (John Fries Highway), near the Quakertown interchange on the Pennsylvania Turnpike’s Northeast Extension.

Guests at a Quality Inn & Suites near Quakertown were no doubt surprised to see a man outside their hotel wearing nothing but his birthday suit Friday morning.

According to Pennsylvania State Police at Dublin, that’s exactly what was happening when troopers responded to the inn at 1905 John Fries Highway, Milford Township, Bucks County, around 9:30 a.m.

Police said the man, who is from the township, “was discovered to be naked and walking around the outside of the Quality Inn hotel.”

Troopers subsequently “determined that (he) was under the influence of a controlled substance,” the news release said.

Charges in the case are pending, they added.

Note: All individuals charged with a crime are presumed innocent until proven guilty in a court of law. This story was compiled using information from Pennsylvania State Police at Dublin.