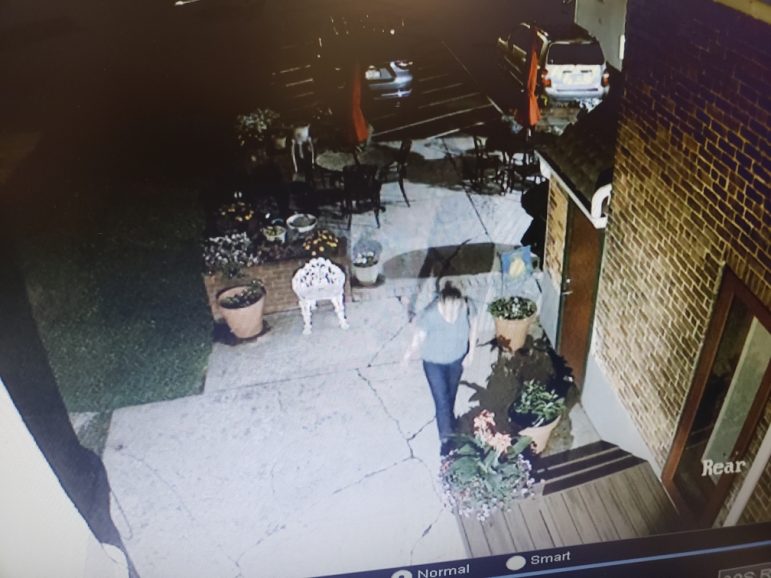 In this surveillance video still, an unidentified woman approaches the back porch steps of a home in the 600 block of Main Street in Hellertown borough. The woman stole a large planter containing various flowers off the steps, walking away with it around 1:30 a.m. Thursday, its owner said. The theft was reported to borough police Thursday morning.

Can flowers–or anything–be enjoyed outside the home without being constantly kept under lock and key? That’s a question the owners of a large flower-filled planter are likely asking themselves, after it was stolen from their back porch steps last night.

The flowerpot theft occurred around 1:30 a.m. Thursday in the 600 block of Main Street in Hellertown borough, and police later shared a Facebook post about it.

The brazen female thief–who was captured in surveillance images shared with Saucon Source by the homeowner–walked through a rear parking area and across the home’s patio to reach the back porch steps, where she picked up and carried away the planter.

According to the homeowner, the flowers were a gift to her on Mother’s Day this year.

Surveillance video recorded at the front of the home reportedly showed the flower thief entering Main Street via a walkway which separates it from the building next door. She then reportedly turned south on Main Street, before disappearing into the night with her ill-gotten garden addition.

The theft was reported to the police department Thursday morning, and anyone with information about it or the woman who is pictured in the accompanying surveillance photos is asked to contact Hellertown Police by calling 610-759-2200 or 610-838-7040. 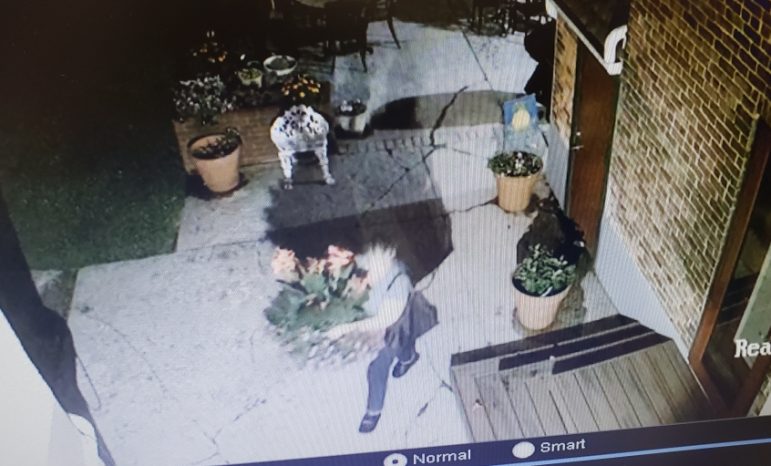 In this surveillance image shared with Saucon Source, an unidentified woman is seen carrying off a large flower-filled planter. The woman stole the flowerpot off a back porch in the 600 block of Hellertown borough around 1:30 a.m. Thursday. The owner of it said it was a Mother’s Day present. 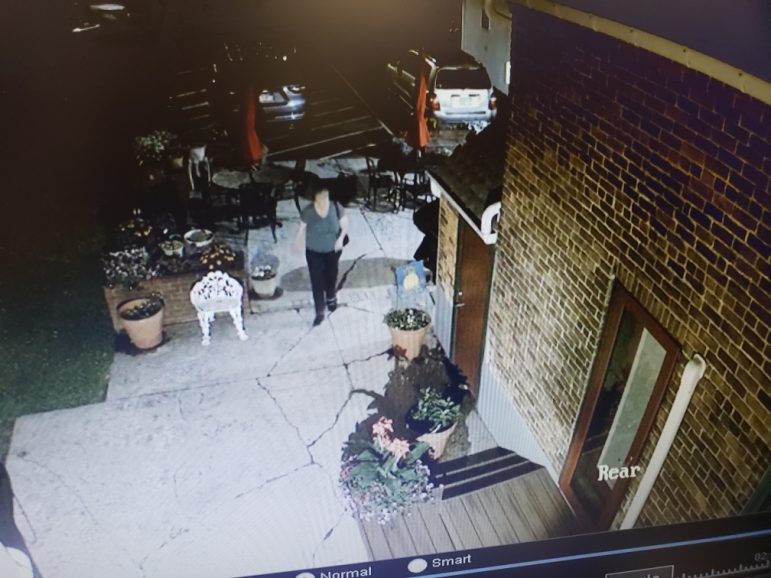 In this image, the woman who stole the flowerpot can be seen approaching the back porch steps on which it sat from a patio that is connected to a rear parking area. 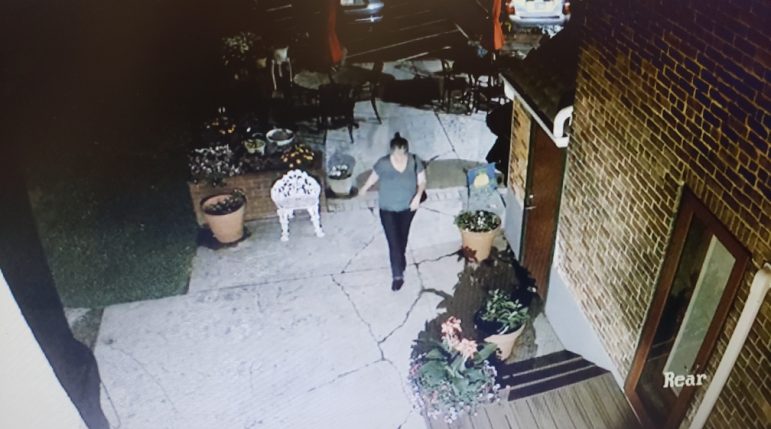