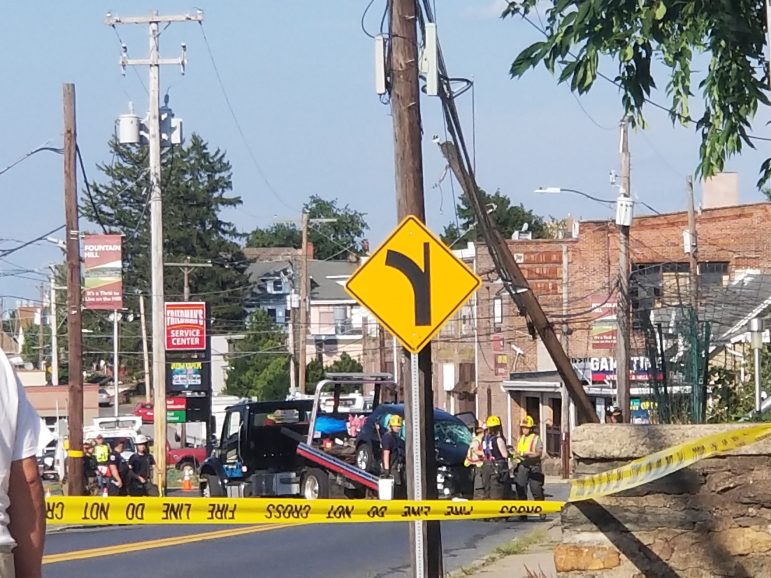 The Sunday afternoon wreck occurred when a car struck a utility pole along Broadway between N. Hoffert and Benner streets in Fountain Hill borough. It marked the second time in recent days that traffic in the same section of the busy road was disrupted due to an incident which required a police response. Above, the accident scene was visible from N. Hoffert Street.

A late Sunday afternoon crash on Broadway in Fountain Hill left a utility pole leaning precariously into the street and the vehicle that struck it significantly damaged.

The wreck occurred around 4:30 p.m. and closed the roadway between N. Hoffert and N. Clewell streets for at least an hour, as crews tended to the driver of the vehicle that struck the pole and loaded their wrecked black Hyundai hatchback onto a flatbed tow truck.

It was unclear what caused the accident or whether the driver suffered any injuries in it.

A PPL crew was present at the scene shortly after 5 p.m., to tend to the light pole.

The same section of road was closed for a police incident involving a LANTA bus only days ago. 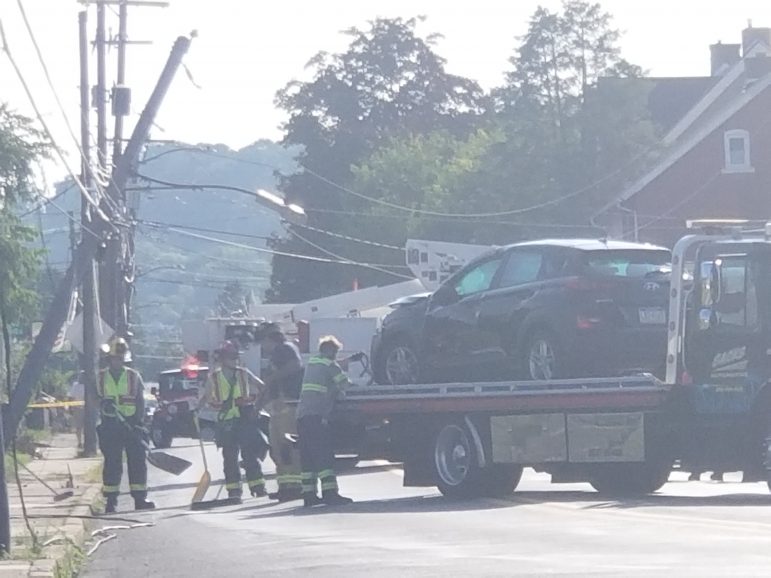 The impact from the vehicle left the utility pole leaning into the street, which was temporarily closed following the crash. 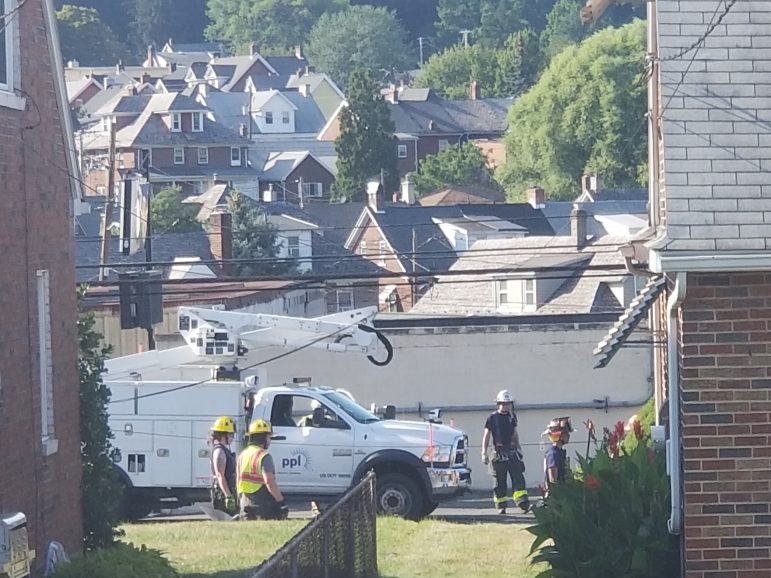 A PPL truck was at the scene of the crash shortly after 5 p.m., indicating that the pole that was struck was owned by the power company. It was unclear whether there were any outages in the area as a result of the crash. 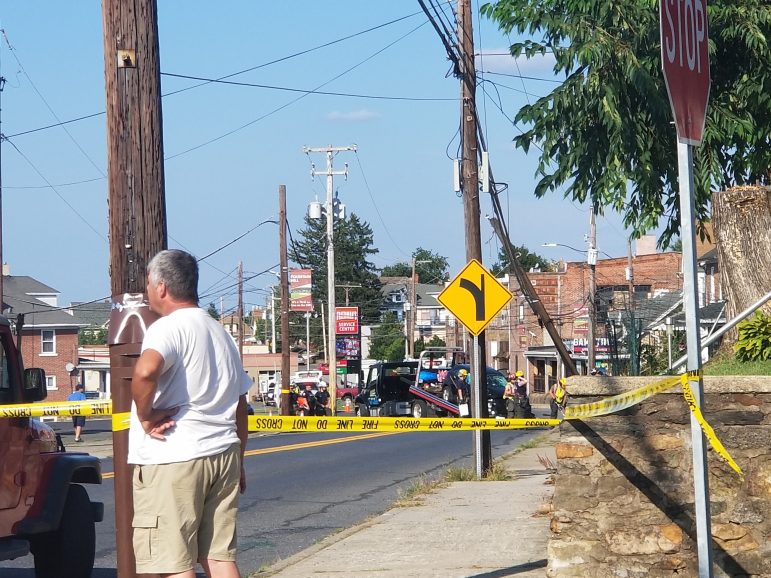 An onlooker speaks with a fire police officer monitoring traffic at the closed intersection of N. Hoffert Street and Broadway following a wreck further down the street Sunday afternoon. Clear weather prevailed at the time of the “car vs. pole” crash, and it was unclear what had caused it or whether the driver was injured as a result of it. 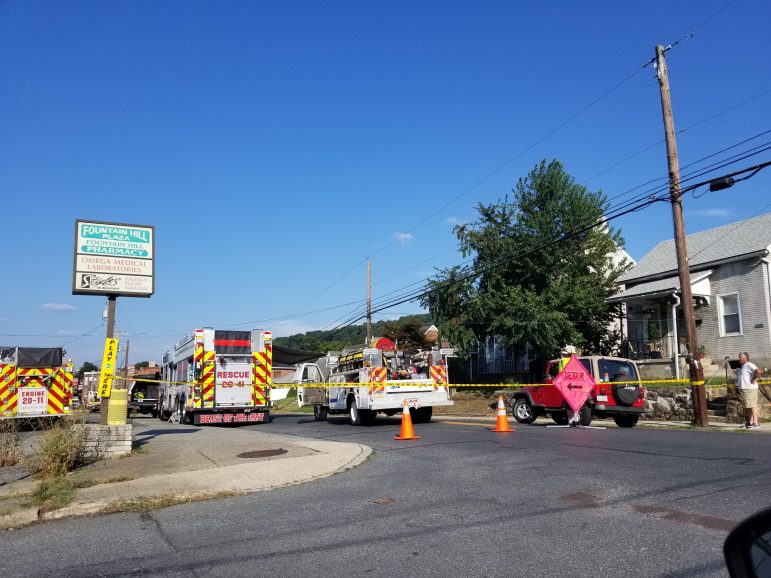 Traffic was relatively light around the time of the crash, which occurred on a Sunday afternoon. Pictured above: Broadway is closed from N. Hoffert Street east to N. Clewell Street for the emergency response, which included police and fire crews.