The popular perception that in the 1800s American justice was meted out with less compassion than it is today seems to jibe with the facts of a case reported by The Allentown Democrat on June 27, 1883.

According to the story, a gang of “tramp burlgars” had been terrorizing shop owners from Leithsville to Catasauqua, raiding their stores in order to plunder merchandise.

The brief article doesn’t indicate how many businesses were victimized or provide an estimated value of the merchandise that was stolen, but the sentences of three to 12 years would likely be considered harsh by today’s standards.

The men were also ordered to serve their terms of imprisonment in the Eastern State Penitentiary in Philadelphia; a former “model” prison that later acquired a notorious reputation for its inhumane methods of incarceration and is reputed to be haunted.

It’s worth noting that despite the tough judicial stance, crime does not appear to have been exceedingly rare in the Saucon Valley in the late 1800s; at least, not according to contemporaneous news accounts, such as this one from Lower Saucon Township in 1897. 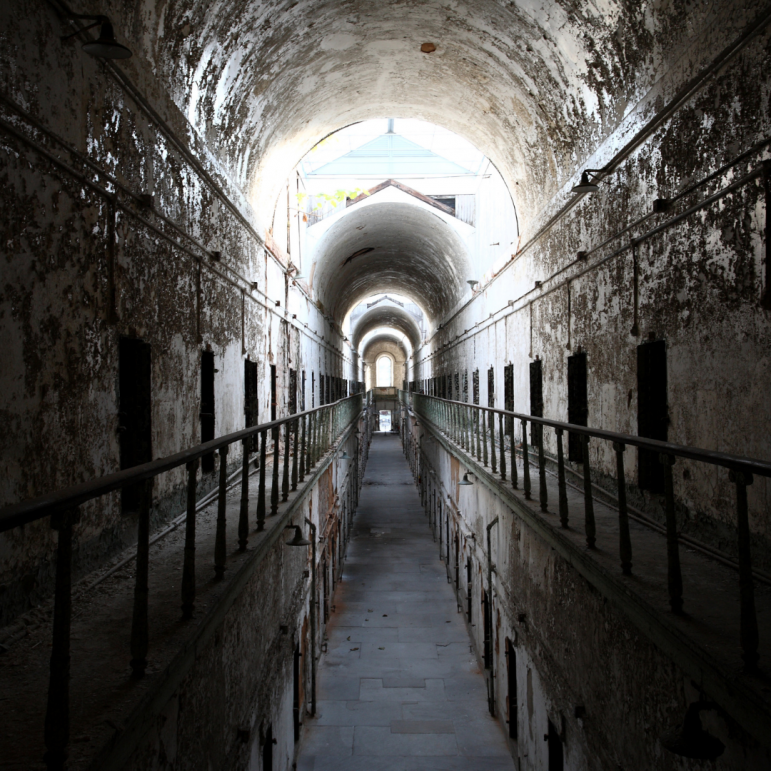 For its reputation as one of the state’s most haunted locales, Eastern State Penitentiary in Philadelphia is today a popular tourist attraction, particularly around Halloween.

The tramp burglars recently arrested at Easton on suspicion of having made the various recent raids on stores at Hellertown, Leithsville, Catasauqua, South Easton, etc., were put on trial last week, and, being found guilty, Judge Schuyler on Friday sentenced them to terms in the Eastern State Penitentiary for from six to twelve years. Michael Sullivan got 12 years; William Harris, alias “Johnny the baker,” 11 years; Henry White, alias “Sims,” 10 years; Thomas Trainor, 10 years; Wm. Caron, alias “Yellow,” the man who was shot at Bethlehem, 7 years, and Wm. Thompson, 3 years. Andrew Patterson, a boy who was arrested with the gang, but who had not been with them long, was given 6 months in the county jail. The men received the sentences calmly. Some smiled and others wilted, but they gave no other inclinations as to how they were affected. 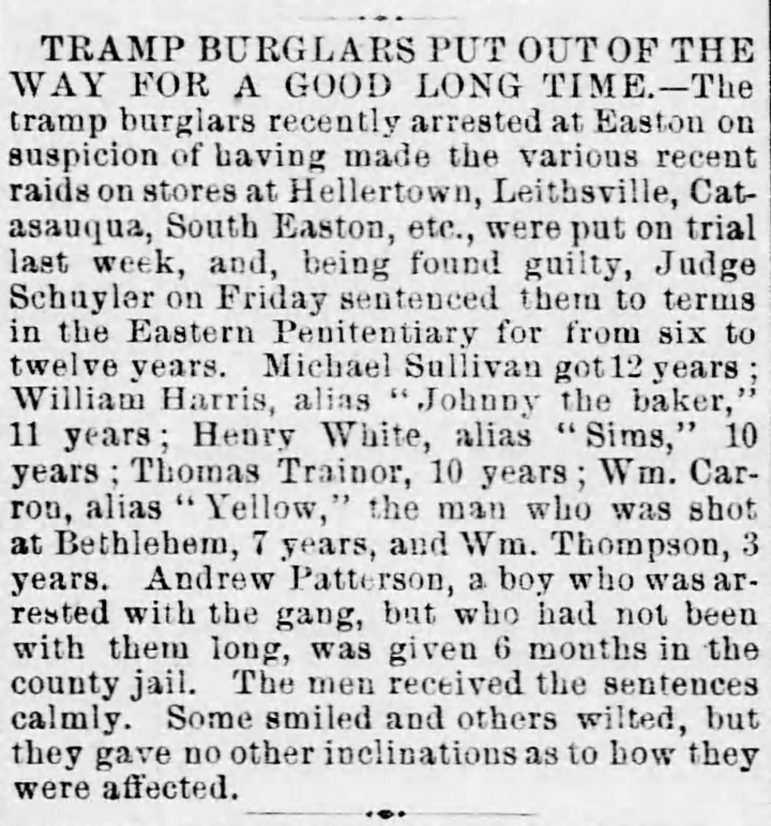