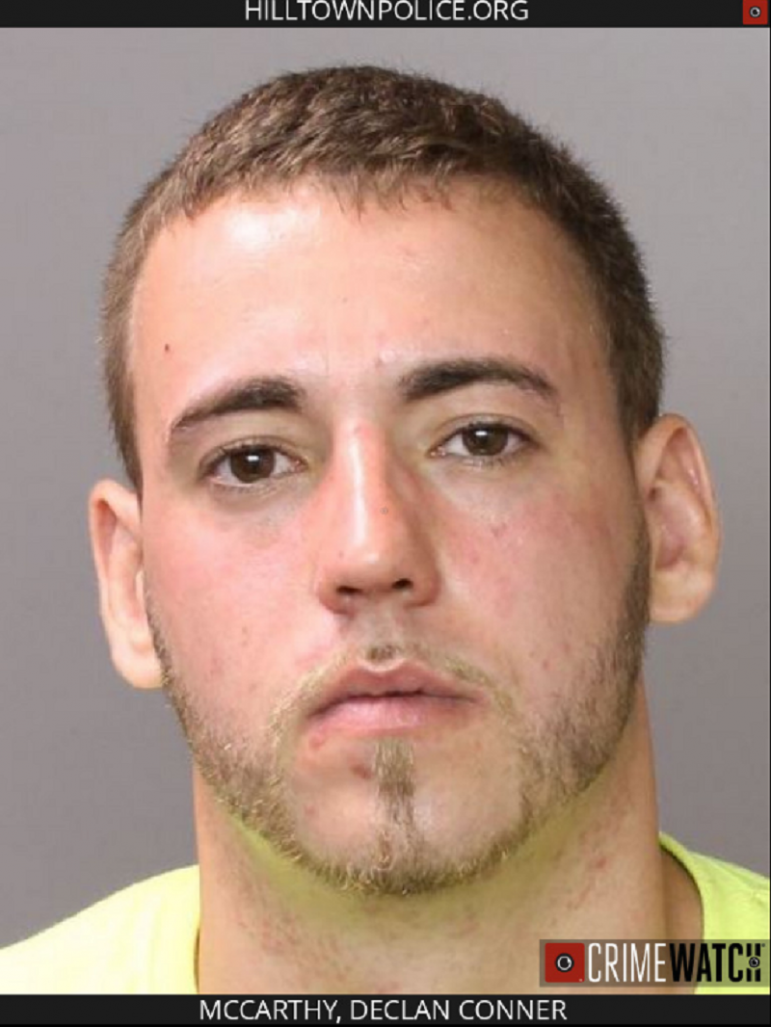 Declan Conner McCarthy, 24, of Quakertown, is wanted by Hilltown Township Police on a felony retail theft charge. According to police, McCarthy stole merchandise from a Walmart in the township on Aug. 8.

An Upper Bucks County man is wanted in connection with an alleged retail theft at a Rt. 309 Walmart, Hilltown Township Police said Tuesday.

According to a post on the department’s Crimewatch site, on Aug. 8 Declan Conner McCarthy, 24, of Quakertown, allegedly entered the Hilltown Walmart store, “selected merchandise and then failed to pay for the merchandise.”

Police did not describe the merchandise McCarthy allegedly stole, but said he “fled the store after being confronted by a store employee.”

He was reportedly seen leaving the Walmart parking lot in a blue Chrysler PT Cruiser, they added.

“We are seeking the public’s assistance in locating McCarthy,” police said Tuesday.

They described him as a white male who is approximately 5 feet 8 inches tall, weighs 180 pounds, and has brown hair and brown eyes.

Police asked that anyone with information concerning his whereabouts contact them via their Crimewatch tipline.

According to Bucks County court records, McCarthy is wanted on a charge of Felony 3 Retail Theft.

The docket for the case indicates that it is assigned to District Judge Regina Armitage.

Note: All individuals accused of or charged with a crime are presumed innocent until proven guilty in a court of law. This story was compiled using information from the Hilltown Township Police Department and Bucks County court records.