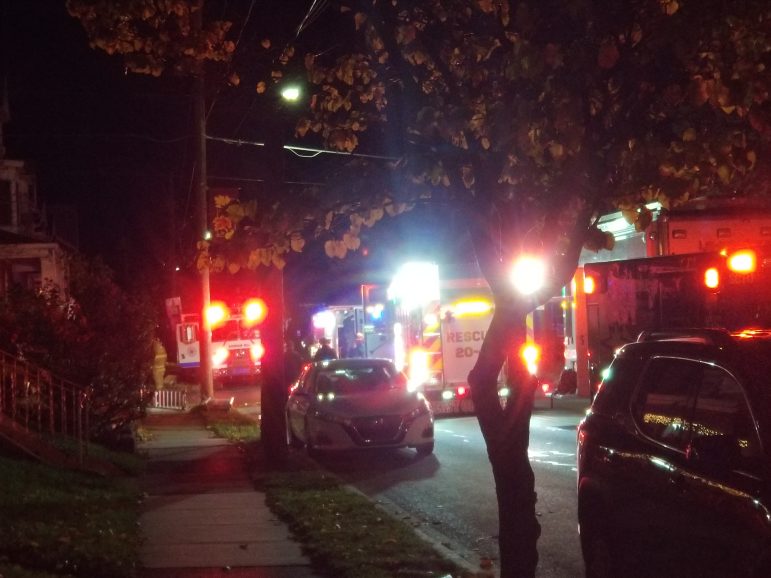 Emergency vehicles with their lights activated filled the intersection of Delaware Avenue and N. Clewell Street in Fountain Hill borough Monday evening, where police, SWAT and other officials were dealing with a reported standoff situation in the 800 block of N. Clewell Street. Roads in the area–including a busy stretch of Delaware Avenue near St. Luke’s Hospital–were closed to traffic, with vehicles being detoured around the neighborhood in which the dramatic situation was unfolding.

UPDATE: As of 10 p.m. the scene had reportedly been cleared, with a suspect taken into police custody.

A reported standoff situation drew a significant response by police and other emergency officials as well as closed roads in the tiny Lehigh County borough Monday night.

As of 9:30 p.m., a busy section of Delaware Avenue remained closed at N. Hoffert Street for the unfolding police response in the 800 block of N. Clewell Street, about a block away.

Many surrounding roads and alleyways were closed off with orange cones. Caution tape prevented pedestrians from getting closer than about 100 feet from the intersection of Delaware and N. Clewell.

An admin for the Emergency Alerts County of Lehigh Facebook page posted shortly after 9 p.m. that SWAT officers and EMS personnel were also at the scene.

A large group of officials was visible under bright temporary lighting that was set up at N. Clewell Street and Delaware Avenue as part of the response.

Fire police officials at N. Hoffert and Delaware were redirecting traffic away from the scene, which is in a densely-populated residential neighborhood near St. Luke’s Hospital.

Note: This is a developing news story. Information may change as additional facts become known. Updates to this story will be provided if or when they become available. 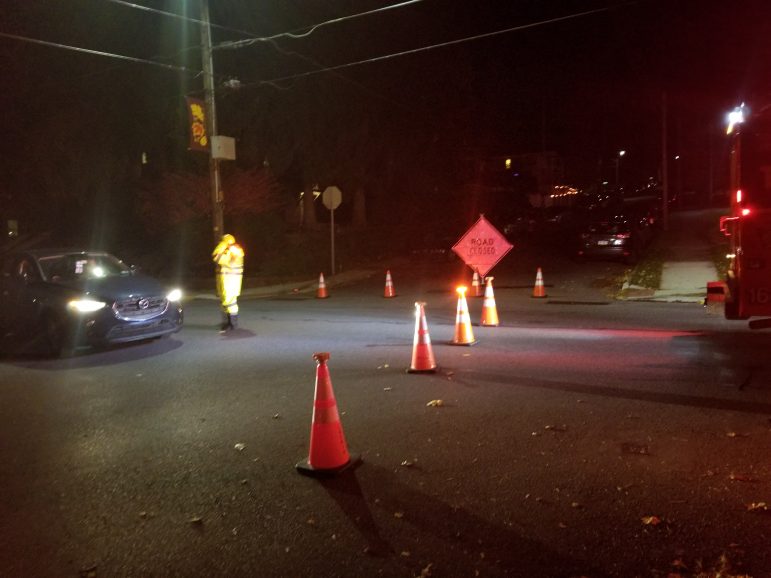 A fire police officer speaks to a motorist inquiring about the closure of Delaware Avenue at N. Hoffert Street Monday night. Roads in the neighborhood remained closed as of 9:30 p.m. for a reported standoff in the 800 block of N. Clewell Street. 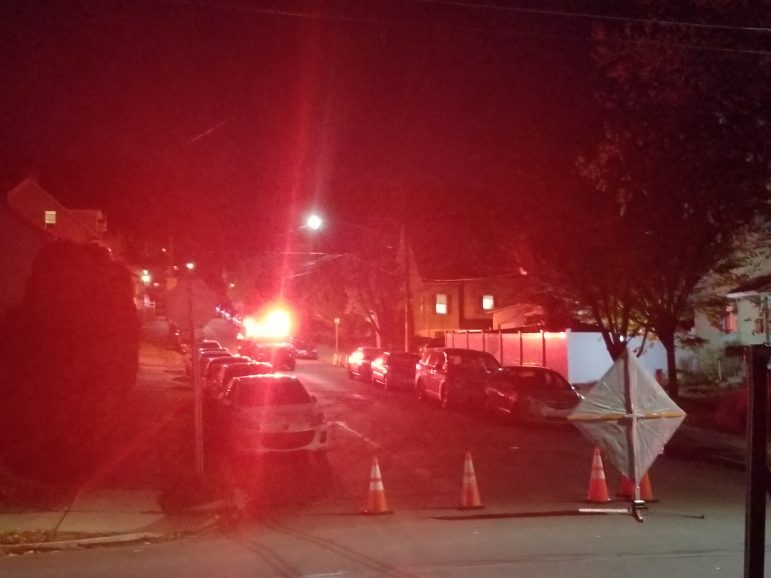 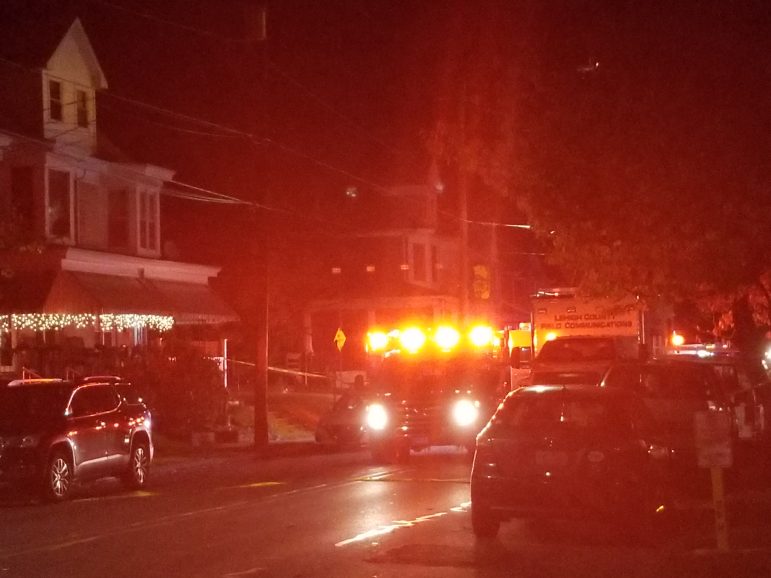