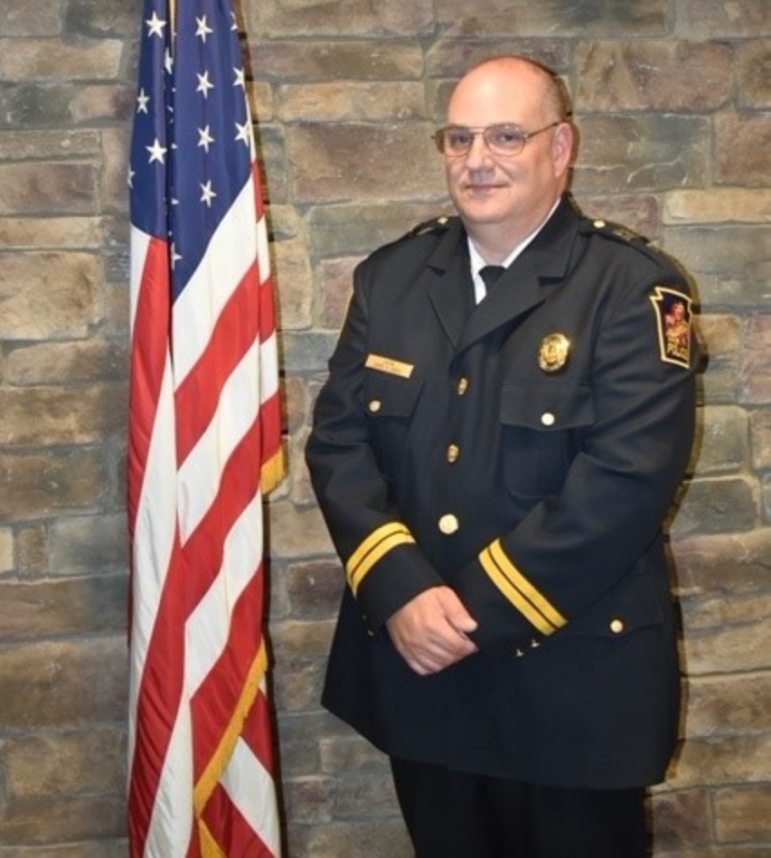 Lifelong Lower Saucon Township resident Jim Gress was recently promoted to assistant chief with the Allentown Police Department. Gress has served with the department since 2002.

A lifelong Lower Saucon Township resident has been promoted to the rank of assistant chief with the Allentown Police Department, after nearly 20 years of service to the city.

“Jim Gress graduated from the Allentown Police Academy in the fall of 1987 and came to Allentown with police experience in April 2002,” said a department news release about his promotion from captain to assistant chief that was shared on Facebook on Friday.

At the start of his career with the Allentown Police Department, Gress was assigned to work in the patrol division of the 3rd platoon, it said. In early 2005, he was transferred to the Criminal Investigations Division as a detective, and in the fall of 2007 he was transferred to the Office of Police Administration to oversee the department’s compliance with the Pennsylvania Law Enforcement Accreditation program.

“Gress has acquired a considerable amount of state and federal funding for the police department to improve its use of technology and community policing,” it noted.

Gress was also a 10-year member of the APD’s Crisis Negotiation Team, and eventually worked his way through the ranks to become the commander.

He was promoted to the rank of sergeant in February 2011.

As sergeant, Gress organized and operated the annual Allentown Citizens Police Academy classes from 2015 to 2019, introducing city residents to the complex world of policing.

In 2019, the release noted that he developed and instituted the first Senior Citizens Police Academy to help educate Allentown seniors about the latest scams and frauds.

In February 2020, Gress was promoted to the APD’s Captain of Police Administration, overseeing both state (PLEAC) and national (CALEA) accreditation programs as well as the department’s digital evidence unit and the Office of Professional Standards.

“Gress’s extra responsibilities include working as an instructor at the Allentown Police Academy,” the release said. “He currently serves on the committee for Municipal Officers Education and Training Commission, where he develops required continued education and training annually for officers throughout the Commonwealth of Pennsylvania. Gress also serves as treasurer of the Police Athletic League Board and assists with fundraising activities for the Honor Guard and the K-9 program.”

Gress has received two commendations as an Allentown police officer; one for bravery and one for his service with the Crisis Negotiation Team as a unit commendation.

A car enthusiast, he is credited with creating the successful Classics and Cruisers Car Show, which is held annually on Hamilton Street in downtown Allentown.

Gress is a 1984 graduate of Bethlehem Catholic High School and his biography on the Allentown Police Department website notes that “it was during his high school years that he became involved in public safety and developed an interest in policing.”

After high school, he worked as a police dispatcher until he enrolled in and attended the Allentown Police Academy, from which he graduated at the top of his class.

He also attended DeSales University for Criminal Justice Administration and began working as a police officer soon after graduating from the police academy in 1987.

For more information about the Allentown Police Department, its mission statement and its administration, visit AllentownPa.gov/Police.