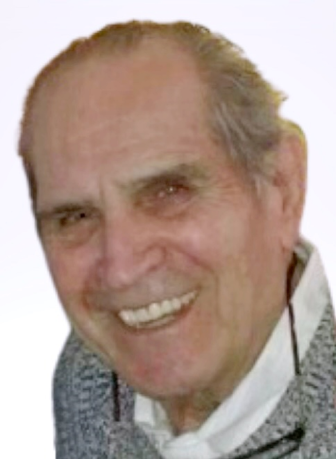 He was the husband of Linda Luther-Veno. Carl was born in Olean, N.Y., to the late Louis and Anna Veno. He attended St. Bonaventure University in Allegany, N.Y., and served in the U.S. Army as a paratrooper with the 11th Airborne division. In his early years, Carl was a boxer and a men’s softball coach. He was a sports photographer, news writer, sportswriter or an editor at several newspapers including the Orlando Sentinel, Newark News, The Hudson Dispatch in Hudson County, N.J., The Bergen Record in Bergen County, N.J., the New York Daily News and The Free Press in Quakertown, Pa., where he was editor when it was a daily newspaper. Carl garnished the honor of being nominated for a Pulitzer Prize for an article he wrote as an investigative journalist. He was the author of three books, one of which was of his memoirs. Two were novels. One novel was centered on the internment of Italian and German nationals in America during World War II. He was also a screenplay writer and spoke at Lehigh University on journalism. Carl was a member of First Presbyterian Church, Allentown. He enjoyed reading and studying history, especially World War II history and the writings and speeches of Winston Churchill. He was an avid runner and completed two marathons and many 5-K runs. His wife, and especially his children Anne and Carla and grandchildren Lukas, Kellan, Dane, Kiara and Anna, were the loves of his life. He also loved his and his wife’s dogs and cats, and they loved him back because of his soft heart. He was also a storyteller extraordinaire and loved telling his grandchildren about his memories of Olean. Carl trusted Jesus as his personal Savior. He found comfort and strength in reading his Bible every day of adult life and had read it all the way through, several times over.

In addition to his wife of 30 years he is survived by daughters: Anne (wife of Daniel) Baldwin of Perkasie, Carla (wife of Keith) Jones of Jacksonville, N.C., formerly of Allentown; 5 grandchildren; and several nieces and nephews and great-nieces and great-nephews. He was predeceased by Anne’s and Carla’s mother: Celia Veno (his first marriage); and by his beloved siblings: Anthony Veno, Helen Marra, Kate Hurley and Jenny Jadlowski.

Family and friends are invited to a viewing which will be held from 10 to 11 a.m. Wednesday, Jan. 12, 2022 in the narthex at First Presbyterian Church of Allentown, 3231 W. Tilghman St., Allentown. The viewing will be followed by the service in the Chapel at 11 a.m. There will be a short period for greeting the family after the service and an opportunity to view family pictures. The interment will conclude services at Union Cemetery of Hellertown. Mourners are encouraged to make positive choices by following CDC guidelines. Expressions of sympathy can be recorded at HeintzelmanCares.com. Arrangements are by the Heintzelman Funeral Home Inc., Hellertown.

Memorials in Carl’s name may be made to the Tunnel to Towers Foundation, 2361 Hylan Boulevard, Staten Island, N.Y. 10306 and/or to an animal charity of one’s choosing.