Lower Saucon Township Police said Friday that they are investigating a motor vehicle theft from a business’s parking area.

In a post on the department’s Crimewatch site, police said the stolen vehicle is a red 1997 Toyota Celica with the PA registration JKG6064 and that it was reported stolen Monday.

According to police, the vehicle was stolen from the parking lot outside Feasta Pizza, which is located at the north end of the Creekside Marketplace shopping center in the 1800 block of Leithsville Road.

“A witness reported seeing the vehicle being loaded onto a flatbed tow truck at approximately (9 a.m. Monday),” the post said.

Police also shared a photo of a similar vehicle with their post.

Anyone with information about the vehicle or who may have seen something is asked to submit an anonymous tip through the department’s Crimewatch Tipline or call 610-759-2200. 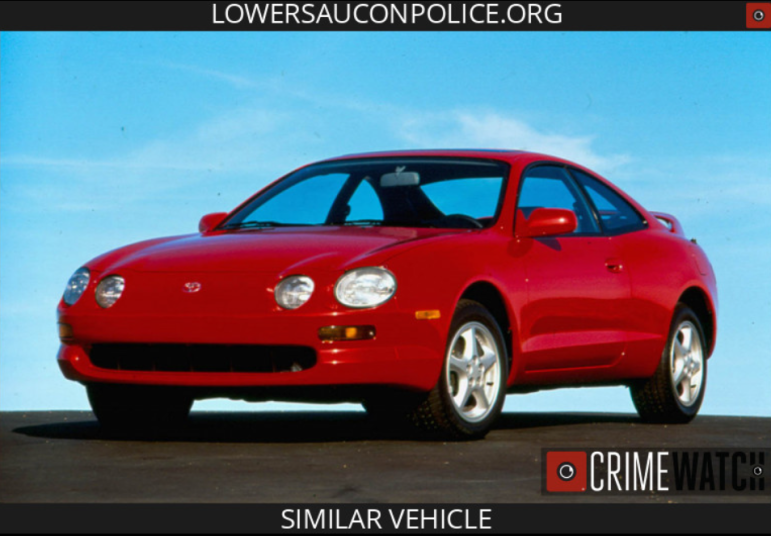 In their Crimewatch post, Lower Saucon Township Police shared this photograph of a Toyota Celica similar in appearance to the one that was recently stolen from outside Feasta Pizza on Rt. 412 (Leithsville Road).