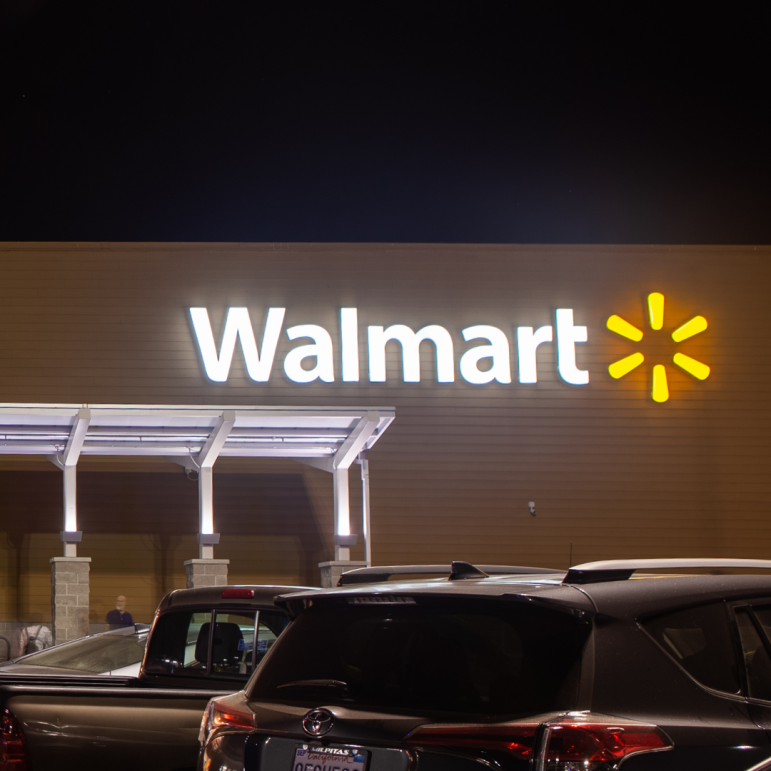 A Hellertown man has been charged with felony retail theft for allegedly stealing a cart full of items from a Bucks County Walmart. (FILE PHOTO)

A Hellertown man is facing charges after he allegedly stole a cart full of items from a Walmart in Hilltown Township, Bucks County, only to walk outside and encounter police who were making an unrelated retail theft arrest.

Hilltown Police were dispatched to the Walmart in the 1500 block of Bethlehem Pike (Rt. 309) at 8:48 p.m. on Feb. 20 for a report of a retail theft. While on scene with the initial suspect in custody, police said a store manager informed them that another suspect had just walked out of the store with a cart full of stolen merchandise.

The suspect ran across the parking lot into nearby woods, police said, however they were able to secure clear images from surveillance footage as well as the make and model of his vehicle in the parking lot. Police continued to check the vehicle over a period of several hours, and around 3 a.m. said they observed the suspect–later identified as 33-year-old Jeffrey J. Taddei Jr.–lying in the vehicle’s driver’s seat, according to court documents.

Taddei reportedly had an active arrest warrant out of Chester County for shoplifting, police said, and refused to exit the vehicle when told to do so. As police opened the driver’s door, Taddei allegedly put the vehicle in drive, accelerated into a vehicle parked in front of him and then fled the scene at a high rate of speed, the report states.

It was later determined that Taddei was allegedly driving a vehicle that was reported stolen out of Palmer Township on Feb. 15, according to court documents.

The total value of the stolen merchandise from Walmart was $925.85, police said.

Taddei was taken into custody March 24 and charged with felony counts of retail theft, receiving stolen property and fleeing to elude police, as well as a misdemeanor count of escape and related summary offenses. As of Tuesday, he was being held at the Bucks County Correctional Facility in lieu of 10 percent of $50,000 cash bail.

His next court appearance is a preliminary hearing scheduled for Tuesday, May 31 at 1 p.m. in front of Bucks County District Judge Regina Armitage, according to the criminal court docket filed in the Hilltown case. The docket did not list an attorney for Taddei.

Note: All individuals charged in connection with a crime are presumed innocent until proven guilty in a court of law. This story originally appeared on North Penn Now. It was compiled using information from court records and appears here with permission.