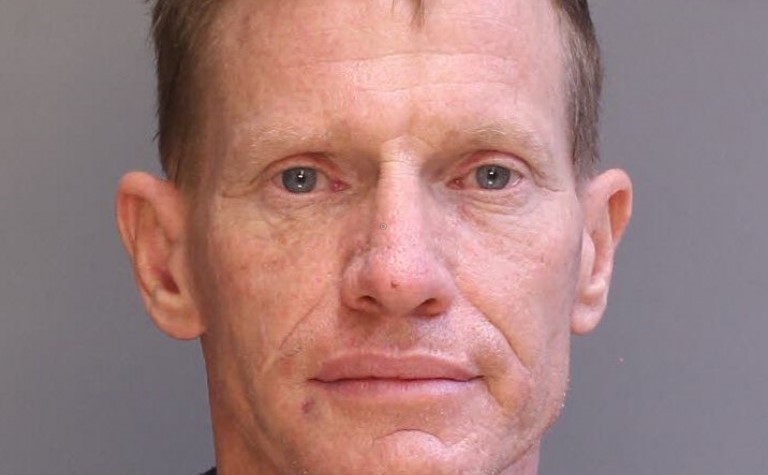 Roland Blake Ghiloni, 51, will spend time in state prison for beating his former girlfriend with a baseball bat following an argument at Quakertown’s Bush House Hotel in January 2021. Earlier this week, a Bucks County Court of Common Pleas judge sentenced Ghiloni to 5 to 15 years in prison to be followed by five years of probation.

A Quakertown man will spend time in state prison for beating his former girlfriend in the head with an aluminum baseball bat, a Bucks County judge has decided.

After pleading guilty May 2 to two counts of aggravated assault and one count each of simple assault, possession of an instrument of crime, recklessly endangering another person and harassment, 51-year-old Roland Blake Ghiloni was sentenced to 5 to 15 years in prison followed by five years of probation by Common Pleas Judge Gary B. Gilman.

According to the Bucks County District Attorney’s office, the beating Ghiloni inflicted on his ex-girlfriend occurred on the night of Jan. 30, 2021 at Quakertown’s Bush House Hotel.

“At around 10 p.m., the Quakertown Police Department was dispatched to the Bush House…to investigate an assault,” a Crimewatch news release from the DA’s office said. “Upon arrival, officers found the victim bleeding from the top of her head with her left eyebrow swollen and bleeding.”

The woman reportedly told police “she was feeling very dizzy” after being assaulted by Ghiloni and was then taken to St. Luke’s Upper Bucks Campus, where she received staples in her head and stitches above her eyebrow, and was treated for a concussion.

“The victim told police that Ghiloni struck her in the head with an aluminum baseball bat during an argument,” the news release said. “He then tried to strike her again, but she was able to block the second strike. When the victim was escaping from the room at the Bush House Hotel, he struck her again in the back of the head.”

In a victim impact statement read to the court, the woman said of Ghiloni: “I’m terrified of him and don’t want anyone else to ever be put in that position,” the DA’s office said.

According to the news release, before he was sentenced the court was presented with the results of a Domestic Violence Investigation that detailed two of Ghiloni’s prior convictions for domestic abuse; one involving a former girlfriend and another involving his son, who was four years old at the time.

The case was investigated by the Quakertown Police Department and prosecuted by Assistant District Attorney Brittney Kern, the DA’s office said.