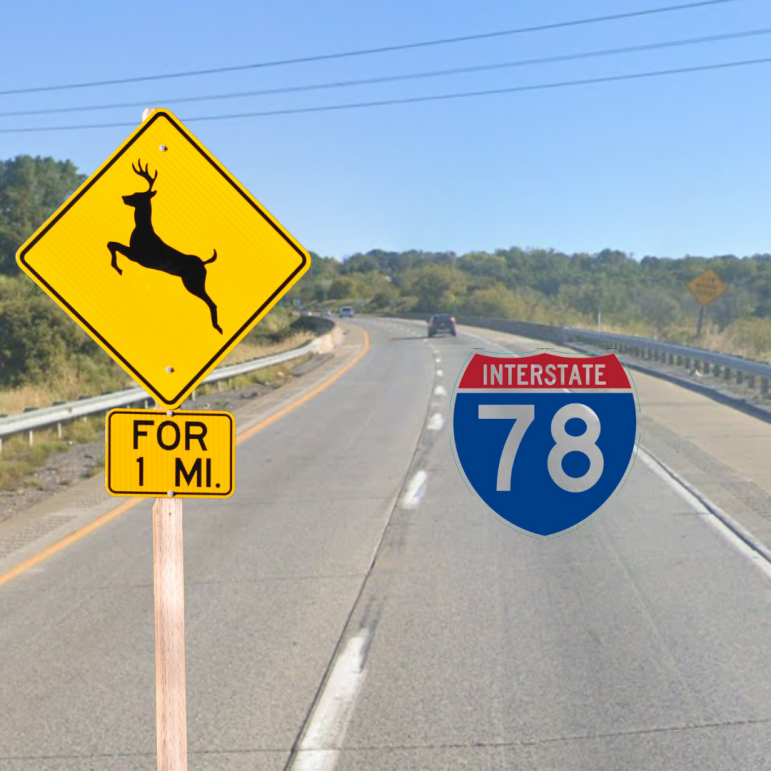 Pennsylvania State Police at Belfast said Monday that a deer was struck by a driver on I-78 east in Lower Saucon Township Monday. The section of highway where the accident occurred is an uphill stretch “that is usually congested with slower-moving tractor-trailers,” state troopers noted in their news release.

Two women reportedly suffered minor injuries and their car was damaged after it struck a deer on I-78 east Sunday, Pennsylvania State Police at Belfast said Monday.

They said a 37-year-old woman from Bethlehem, N.H., was behind the wheel of a 2018 Subaru Forester in “an area that is usually congested with slower-moving tractor-trailers” at the same time that a deer was “trapped in the grassy median,” where it was “reportedly running back and forth between the east and westbound lanes.”

When the deer exited the median onto the road, police said it ran across the eastbound lanes and into the path of the New Hampshire woman, who was traveling in the right lane.

After striking the deer, police said the woman was able to pull over, coming to a stop along the highway’s right shoulder.

Also in the vehicle was a 69-year-old woman from Hillsborough, N.J., who police said was taken to St. Luke’s Anderson Campus in Bethlehem Township for treatment along with the driver.