An Upper Black Eddy woman who vanished May 31 has been found alive, Pennsylvania State Police at Dublin said Saturday. 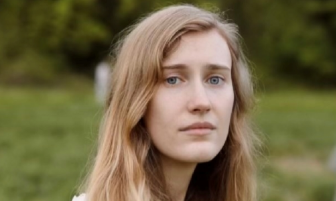 The Pennsylvania State Police, family and friends were involved in the search for 29-year-old Lauren Anne Gregory, who disappeared from the Upper Black Eddy area on Tuesday, May 31. Police said Gregory was found Friday evening on state game lands several miles from where she disappeared earlier in the week.

According to a news release, 29-year-old Lauren Anne Gregory was found on Friday around 8:40 p.m. in a wooded area on state game lands near Lake Warren in upper Bucks County.

Police said Gregory was located after a search was conducted in the area, with assistance from the Pennsylvania State Game Commission, aviation and K-9 units.

The news release indicated that police searched that area after receiving a tip from someone who reported seeing Gregory on a Lake Warren trail.

According to information distributed by state police earlier this week, she disappeared after being seen in the area of Narrows Hill Road and Rt. 32 (River Road) on Tuesday.