A Collegeville, Montgomery County man is facing new charges stemming from an August 2017 crash on the Pennsylvania Turnpike near Quakertown, after one of his passengers died recently as a result of injuries sustained in the crash, police said. 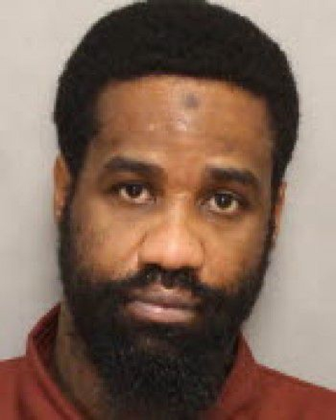 Dane Wise, 36, has been charged with homicide by vehicle while DUI, accidents involving death or injury while not licensed and involuntary manslaughter, according to an affidavit of probable cause filed by the Pennsylvania State Police June 14.

Wise previously pleaded guilty in January 2019 to charges of aggravated assault by motor vehicle while DUI, accidents involving personal injury while not properly licensed, aggravated assault by vehicle, DUI, driving without a license and related offenses stemming from the crash. He subsequently received concurrent sentences of 3½ to 7 years in state prison. along with 8 years’ probation.

In the filing with the court, state police said a 12-year-old boy who sustained a traumatic brain injury in the crash died on July 15, 2020, as a result of the injury. Philadelphia Medical Examiner Dr. Hannah Kastenbaum opined that the immediate cause of the death was “complications of blunt impact injuries of the head and torso,” with the date of injury being listed as Aug. 27, 2017–the date of the crash on the turnpike.

State police responded to the scene of the 3:02 p.m. crash on the Northeast Extension of the Pennsylvania Turnpike, approximately two miles south of the Quakertown exit in Milford Township, Bucks County. Investigators said Wise’s vehicle was traveling between 96 and 105 miles per hour when he lost control of it while trying to pass another car on the highway. Wise’s vehicle struck the center median, crossed back over to the right, struck the guardrail, began spinning and then struck the guardrail again before crossing left and striking the center median again, according to the crash report.

Four passengers in the back seat were thrown from the vehicle, all of whom sustained serious injuries, police said. Those injured included:

Wise also sustained injuries and was hospitalized as a result of the crash. A man who was sitting in the front passenger seat was uninjured, police said.

Investigators said Wise did not have a license at the time of the crash, and when they searched the vehicle for registration and insurance documents they encountered a strong odor of burnt marijuana. Police said they took a blood sample from Wise once he arrived at the hospital, which later showed he was under the influence of marijuana at the time of the crash.

Court records show Wise was arraigned on the new charges on June 14 by District Judge Regina Armitage, who set bail at 10 percent of $100,000 cash. He is currently in custody at the Bucks County Correctional Facility in lieu of bail, and his next court appearance is a preliminary hearing on Aug. 9 at 1 p.m. in front of Judge Armitage.