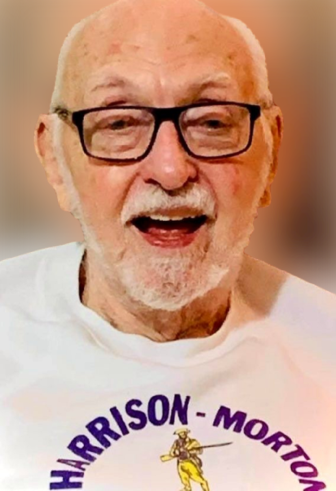 He formerly was a resident of Sterling Heights in Bethlehem for nine years and was a longtime resident of Allentown, where he raised his family in the Midway Manor community on the east side.  Born in Pottstown, Pa., Hal was the elder son of Lottie Belle (Scott) and Harold Wolf Geist Sr. In his youth, he played basketball on his South Whitehall High School team and he later spent many hours listening to his favorite jazz artists, enjoying photography and working on his numerous word puzzles. He was also a proud Navy veteran who served his country honorably during the Korean conflict as a LTJG in cryptology as well as a member of the former Midway Manor Moravian Church. Hal could also be found cheering on his favorite sports teams, which included the Eagles, the Phillies and the Flyers. Hal took extreme satisfaction in his 35-year teaching career at Allentown’s Harrison Morton Junior High/Middle School, where he influenced the lives of thousands of students from 1956 to 1991 as he taught Social Studies and Themes in American Culture. Many recall Mr. Geist’s loud voice ironically directing them to keep their voices down and to walk in the correct direction in the one-way hallways. But his bark was worse than his bite. He sincerely wanted each one to reach their potential and to succeed in their life and academic career. Hal additionally served as a mentor to the younger teachers at HM, who affectionately referred to him as “Uncle Hal.” During this same time, Hal also worked for 20 years on the emergency room maintenance crew of the former Allentown General Hospital to support his ever-growing family.

Hal is most intimately survived by his son: Christopher S. Geist and daughter-in-law, the Rev. Lisa Borrell of Allentown; his daughter: Robyn S. Gralinski and son-in-law, James, of Concord, N.C.; his grandchildren: Nicole Dean (Andrew), Christopher A. Geist (Sara Robinson), Alexandra Geist, Nichelle Geist, Ted Gralinski, Emily Gralinski, Hanna Gralinski and Nate Gralinski; his great-grandchildren: Hunter, Darwin and Harper; and his stepsons: Michael and Richard Cox. Besides his parents, Hal was predeceased by his brother: William; his son: Timothy; and his great-grandson: Felix.

In lieu of flowers, memorial donations to benefit the students of Harrison Morton Middle School may be made directly to the funeral home, so as to continue Hal’s legacy.