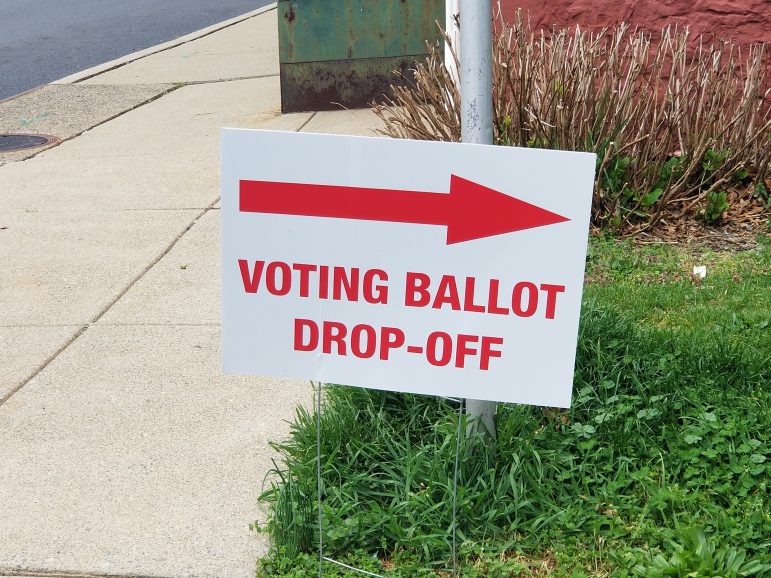 Lehigh County can deploy ballot drop-off boxes without assigning staff to check whether people deposit more than one ballot, a judge has ruled.

For now, the decision ends a lawsuit America First Legal filed on behalf of four county Republican voters who asked the court to require in-person monitors at the five drop box locations.

The decision paves the way for the county to deploy ballot boxes as planned beginning Monday.

In his opinion filed late Tuesday afternoon, county Judge Thomas A. Capehart said there is no need for anyone to personally monitor drop boxes. He said they are under constant video surveillance, adding that monitors “may unduly interfere with voters lawfully returning ballots.”

The suit referenced an investigation by Republican District Attorney Jim Martin based on video surveillance in the November 2021 election. Martin found at least 288 instances where people dropped off more than one ballot contrary to state law. People are limited to depositing only one ballot unless authorized to do so by another voter.

That prompted Martin to send county detectives to monitor activity at the county’s five ballot box locations in the May 18 primary.

Capehart referenced testimony in an Oct. 7 hearing on the case by Martin, who said he found no evidence of voter fraud involving mail-in ballot drop boxes in the May 18 primary when county detectives monitored activity.

“Further, any alleged harm appears to be speculative,” Capehart, a Republican elected in 2021, wrote.

America First Legal, in its lawsuit filed Sept. 1, cited Martin’s investigation and use of detectives to support its demand that the county assign staff to monitor drop-off boxes.

Led by former top Trump White House officials Stephen Miller and Mark Meadows, the group also wanted the county to limit access to the boxes to regular business weekday hours and the Election Board not count void and invalid ballots.

Wally Zimolong, a Philadelphia area lawyer and co-counsel for America First Legal, did not respond to an email request for comment.

The League of Women Voters of Lehigh County was pleased with Capehart’s decision.

“We are relieved to see that justice has ruled the day regarding this ill-timed lawsuit filed by four local citizens,” the league said in a statement.

“The laws need to be revised to be made more clear and more sensible (i.e., maybe a limit of four ballots in a drop box per household), and with the intent that all voters are less confused and more comfortable using mail-in balloting and drop boxes. This decision today, makes much more sense than limiting anyone from voting using mail-in ballots, especially as voting has already commenced in Lehigh County,” the statement continued.

Capehart’s ruling came the same day America First Legal celebrated what it hailed as a “victory” for election integrity after settling a lawsuit against Chester County over the same issue. The group announced it reached a settlement with the county that drop boxes there would be monitored by election workers.

Capehart noted that Lehigh County has followed all state policies regarding mail-in voting and drop boxes.

The judge said publicity about the drop boxes and education efforts by county election officials before the May primary contributed to a better understanding of requirements.

The opinion noted that Tim Benyo, the county’s chief election clerk, testified that if the county were required to provide staff at drop box locations, it may not be able to hire and train workers in time for the Nov. 8 election and “would essentially result in the elimination of countywide drop boxes entirely.”

He also said the timing of the lawsuit could create problems if he approved in-person election drop-box monitoring.

“[T]he injunctive relief sought at this late date is likely to create confusion and uncertainty around the election, further eroding the public’s confidence in our election process, when mail-in ballots have already been sent to voters with information designed to assist voters when voting by mail, and any changes to these instructions is unlikely to be timely or clear,” Capehart wrote.

Four county voters are plaintiffs in the case: Sean Gill, a former Upper Macungie supervisor and former chairman of the county GOP; Robert E. Smith Jr., the Republican candidate for state House from the 22nd District; Tim Ramos, who lost bids for Allentown mayor in 2019 and 2021; and Jackie Rivera, secretary of the county GOP and unsuccessful candidate for county commissioner in 2021.

Defendants are members of the county Election Board and election office.

Robert H. Orenstein is a reporter for Armchair Lehigh Valley, a political newsletter, where this story first appeared.