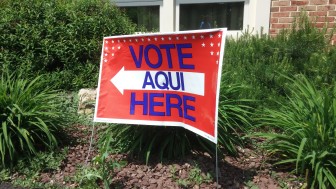 On the Democratic ballot, incumbents Priscilla deLeon and David Willard were the top vote-getters, with deLeon receiving 487 votes (39.24 percent) and Willard receiving 382 votes (30.78 percent), according to the unofficial vote totals from the township’s eight precincts.

Political newcomer Gary Gorman was the third-place finisher on the Democratic ballot with 323 votes (26.03 percent).

Gorman, deLeon and Willard will appear on the November ballot.

Newcomer Bill Ross was the fourth-place finisher with 345 votes (20.80 percent) according to the county’s unofficial results, meaning he will not appear on the November ballot.