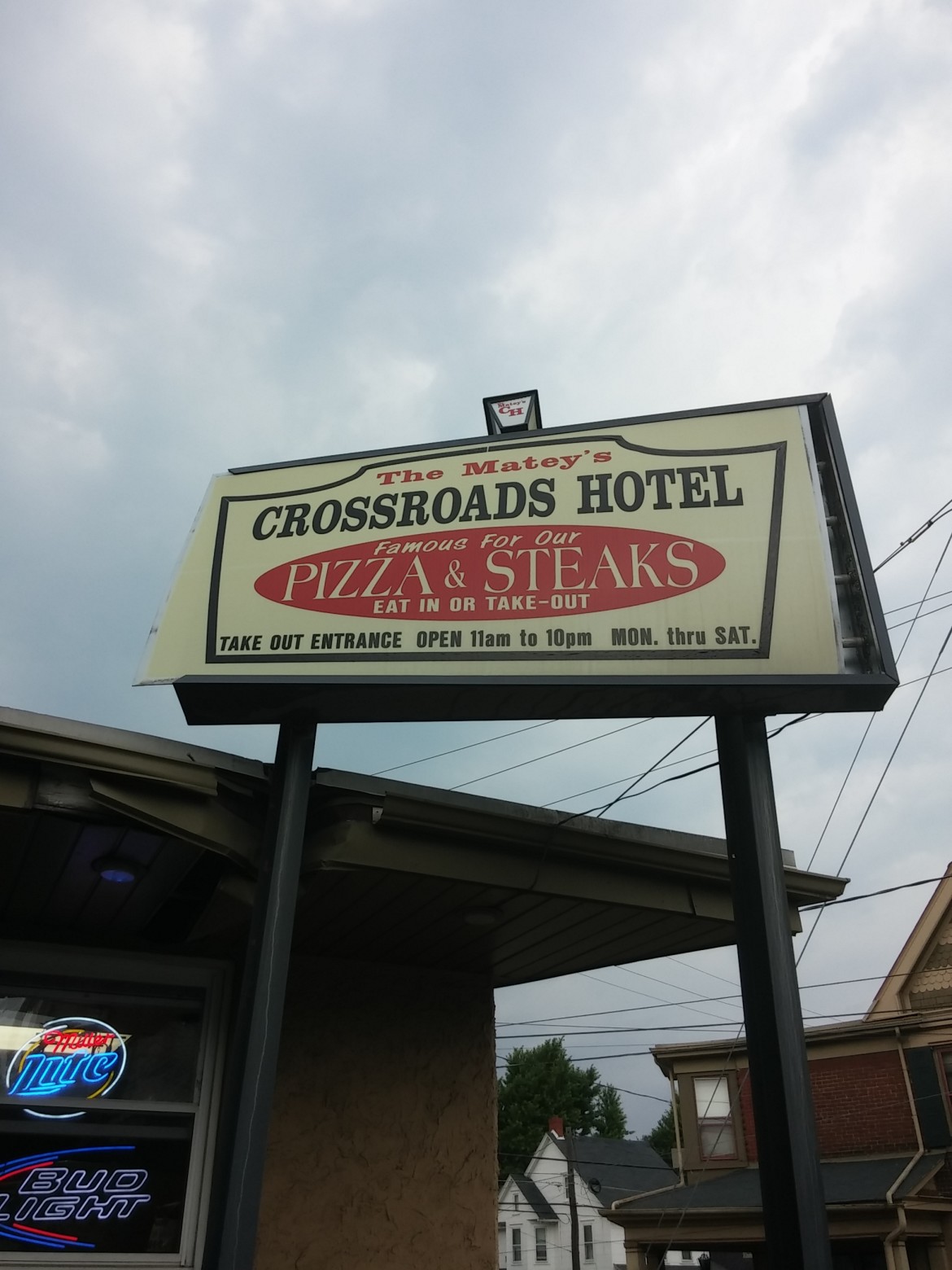 A large sign mounted on metal posts by the Crossroads Hotel pickup window was damaged when a car struck it Monday afternoon.

What seems to be a minor epidemic of accidents in which cars are striking local buildings continued Monday afternoon when the driver of an SUV drove into one of Matey’s Crossroads Hotel’s signs in the iconic Hellertown eatery’s parking lot. 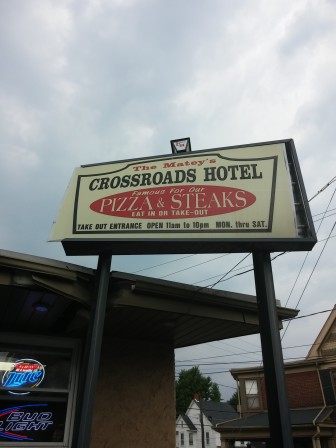 A large sign mounted on metal posts at Matey’s Crossroads Hotel’s pickup window was damaged when a car struck it Monday afternoon.

The sign itself was twisted and pushed into the roof soffit at the back of the building, near the pickup window.

Owner Ray Matey was matter-of-fact about the incident, in which the heavy-duty metal posts on which the vintage sign is mounted prevented the accident from being worse.

Had the car continued forward it would have crashed into the restaurant’s kitchen.

Matey said the female driver of the SUV that struck the sign said that when she pressed on the car’s brake pedal, instead of stopping the car accelerated, indicating some type of possible mechanical malfunction.

Shortly after 6 p.m., the SUV–which appeared to have significant front end damage–could be seen loaded on the back of a Sacks Automotive flatbed tow-truck.

Matey expressed surprise upon being told that today’s accident at his establishment comes closely on the heels of a crash in which a pickup truck struck a parked car and then Sagra Bistro–another popular borough eatery–Saturday night.

Hellertown Police have not yet identified the driver of the truck that hit Sagra, which is temporarily closed because of damage to the front of the building.

Friends of the male driver who have posted comments on Facebook said he suffered a seizure and lost control of the pickup while driving on Main Street.

Owner Jim Zebold said Sunday the restaurant will reopen once the damage is repaired. 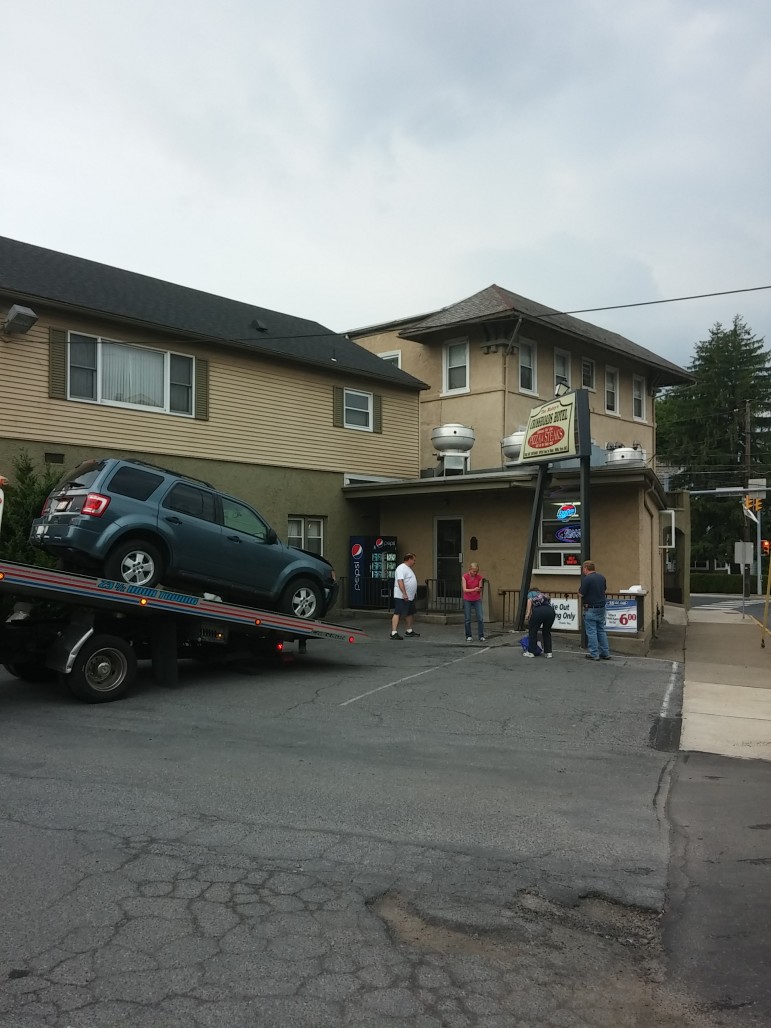 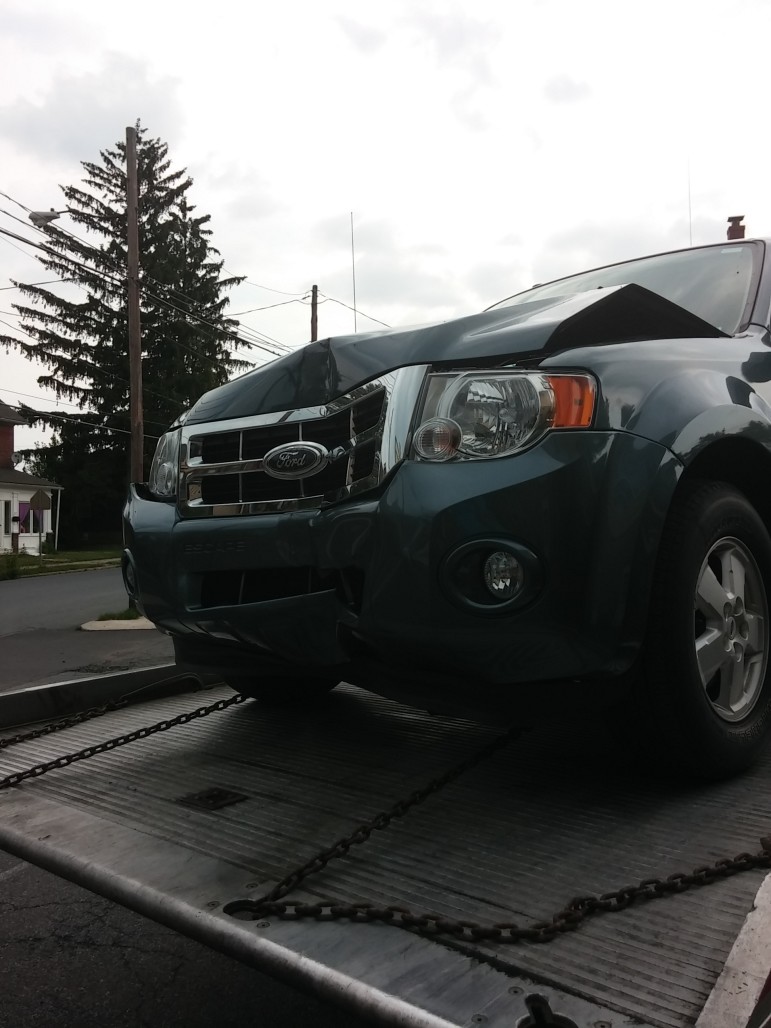 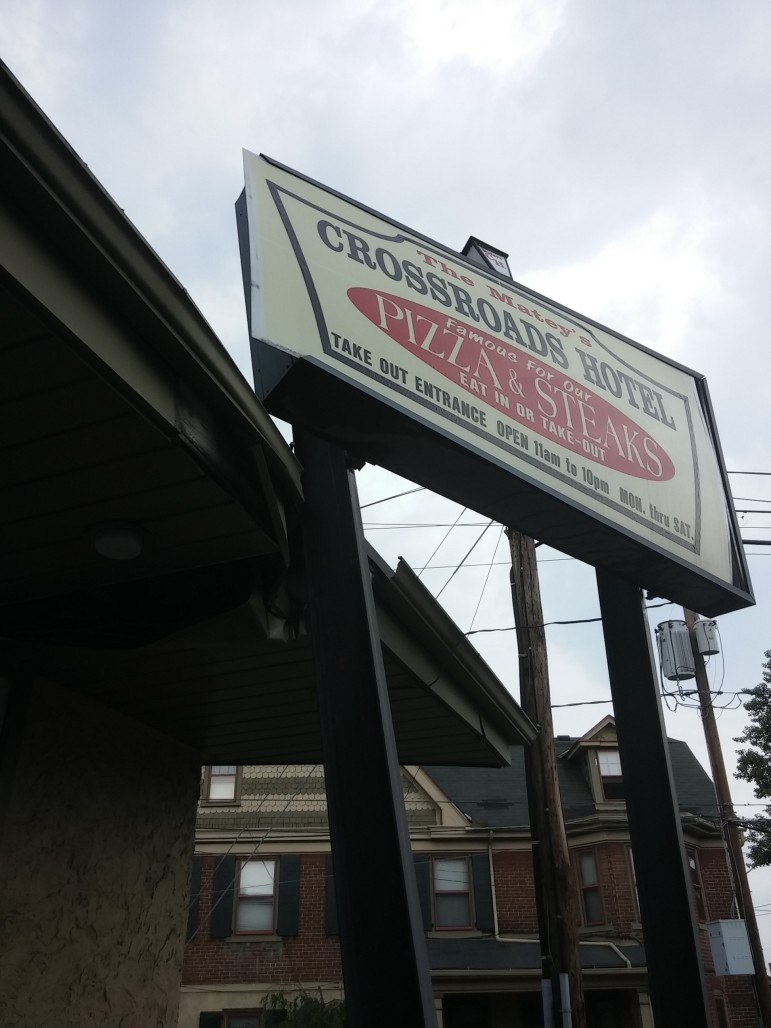