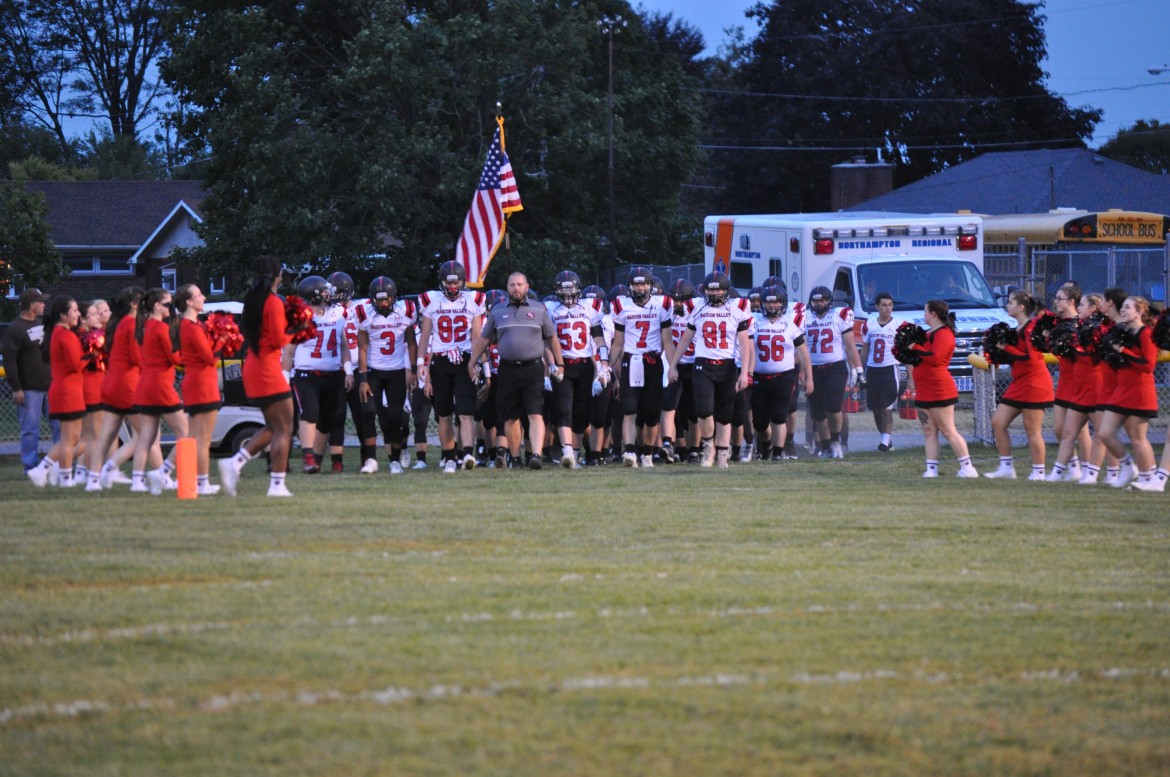 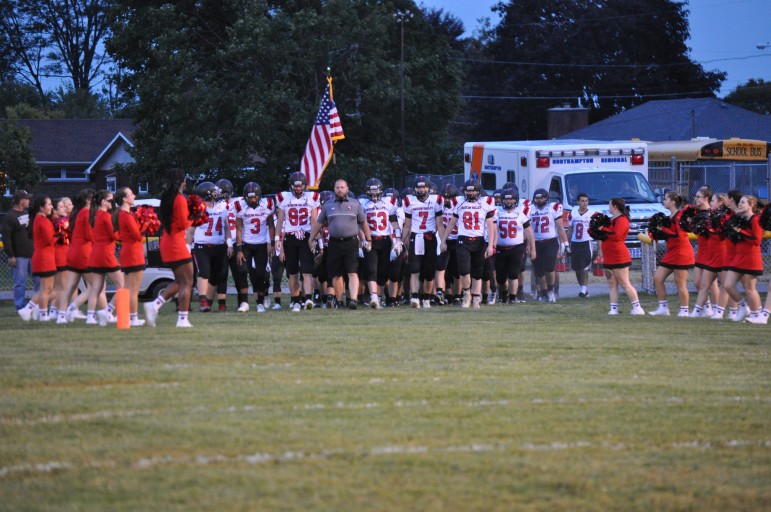 The Panthers travel north to take on the Lehighton Indians in the PIAA District XI championship Saturday night at 7 p.m.

Tonight at 7 p.m. the 11-0 Saucon Valley Panthers kickoff at Lehighton High School in the PIAA District XI Championship against the hometown 11-0 Lehighton Indians. It is going to be a rough and tumble event with the victor advancing to play Scranton Prep next weekend in the first round of the PIAA State tournament. The curtain will close on the team that loses.

Offensively, the Panthers average 44 points per game. Lehighton only allows an average of 10 points per game in the Anthracite Football League. Evan Culver (#3) and his 2,125 rushing yards along with Zach Thatcher (#7) and his 832 yards will be looking to keep the chains moving against the Indians. Culver, Thatcher and the Hogs (Steven Good, Christian Carvis, Ryan Meyers, Trey Polak and Cody Zrinski) face another big challenge. The Indians have shown both a 5-2 and a 4-3 defense. They are not an overly big team, but they all play hard-nosed football and are all very good tacklers. Lehighton is led by senior linebackers Wyatt Clements (#36) and Connor Frey (#50). Clements is a stud and also looks the part at 6’1″, 220. He is fun to watch. According to Coach Evancho, Frey is also very good standing 6’1″, 210.

It’s no secret the Panthers like to run the football. So, once again pay attention to the Hogs in the trenches. Evan Culver has proven the past 11 weeks that he does not need much room to get going. His 34 touchdowns and an average of 193-yards per game speak for itself. As long as the Hogs can get a push on the Indian defensive front, it will be business as usual for the Panthers.

If the Indians pack the box and Culver has trouble hitting his stride, then look for dual-threat Thatcher to start making Lehighton pay with his running and throwing ability. Thatcher is responsible for 1,800 dual-threat yards and his receiving trio of Nate Harka, Mike Kane and Alstan Wolfe all average in the neighborhood of 20-yards per catch. Let’s also not forget about Panther fullback, Mike Paolini. “Big Mike” averages 7 yards per carry and has a knack for making the most of his carries.

When the Indians have the ball…

Lehighton looks very similar to the Panthers in their offensive philosophy. They prefer to run the ball taking advantage of Wyatt Clements (#36). At 6’1″, 220 Clements is a raging bull who seemingly runs with anger. For a big guy, he runs with a low (shoulder) pad level that makes him difficult to tackle. The Panthers will surely have their chin straps tightened.

Its no surprise that Coach Evancho is most concerned about Lehighton’s run game. “They run a nice zone-read behind a good offensive line,” he said. “We will need to tackle well and get to the ball.” Wrapping up Clements is definitely a big key to this game.

Lehighton complements Clement’s “pound-ability” with a little dual-threat of their own. Indian quarterback Tyler Cann (#10) may not be quite as explosive as Thatcher, but he is not afraid to call his own number. Listed at 5’10”, 175 he makes good decisions and plays with a little swagger. Cann has shown the ability to throw as well. Even though it is not with much frequency, Lehighton can put the ball in the air. Usually, the big pass plays target Nick Chambers (#80). Chambers is big at 6’3″ and proved he has the ability to get behind the defense for long touchdowns.

If Christian Carvis and the Panthers can pounce on Clements and limit the sting of the Indian running attack, Saucon Valley could make it a long night for the Indian quarterback. With Lehighton being forced to pass, Mike Kane and the Panther defensive line will bring the pressure and the Saucon secondary could get some picks.

Wednesday night, Coach Evancho cited three priorities in preparing for this championship game against the Indians. First he wanted “the focus to be on the process of getting better.” If the players stay the course “the rest will take care of itself”, he said. Evancho also said, “the execution of the game plan with no mental mistakes” was key. Against quality opponents in championship games it often comes down to the winner being the team that makes the fewest mistakes. Finally Coach added that “playing and practicing with energy” was a goal. He explained that the Panther players need to “enjoy the time they are having with their teammates. They have created something special and should not miss out on that.”

Many would agree that what these Panthers have created is indeed very special and that it’s more than just the players who are soaking it all in. I think its safe to say that the 2015 Saucon Valley football team has sparked a spirit within our community that none of us should choose to miss. Friends, family members, merchants and many others from all over the Saucon Valley are surely rallying behind these young men and channeling a tremendous amount of support their way. The Panthers are the buzz of the town, and rightfully so. It’s a special time in our community. These boys have given us all a wonderful gift. Its been a long time since Saucon Valley has experienced this exciting level of “Panther Pride.”

So, load up the car or hop on the bus and be witness to another great night of Panther football. It’s been a great ride so far and these Panthers will lay it all on the line to keep it rolling. Let’s do what we can to help them out. Saucon Source will be covering the game live and we hope to see you there too.

One thought on “Panther Pregame Football Focus: SV vs. LEHIGHTON”