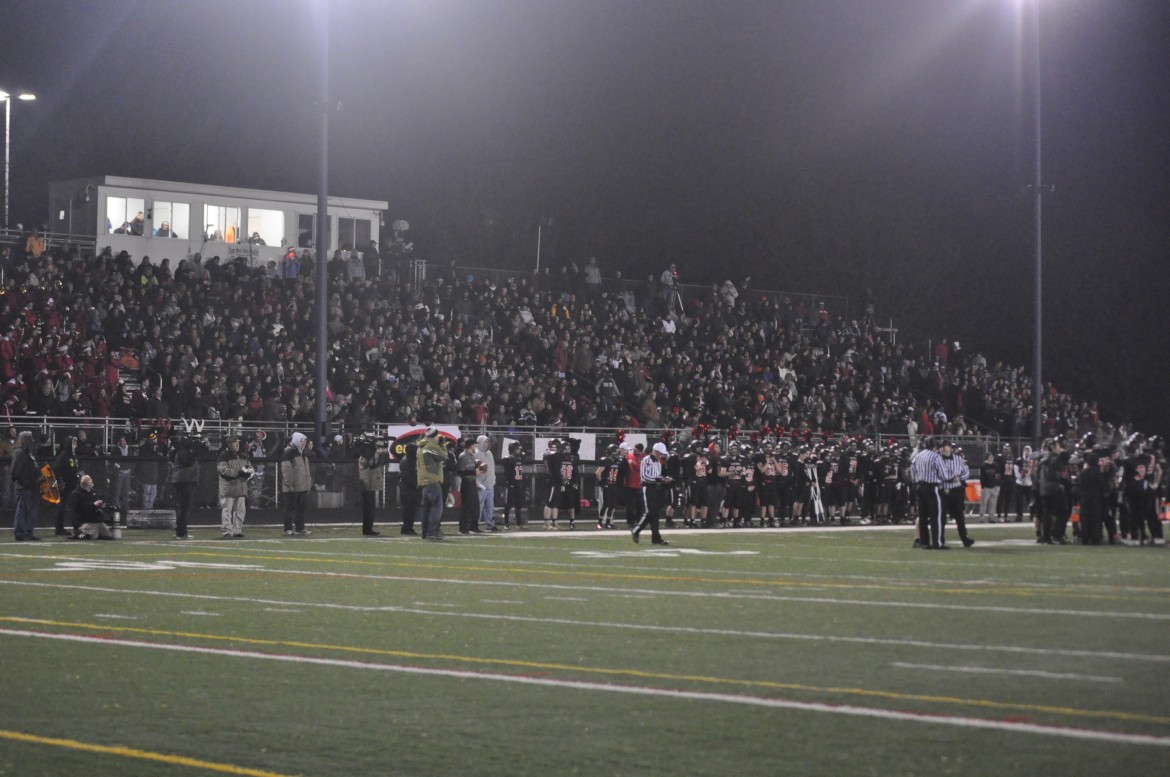 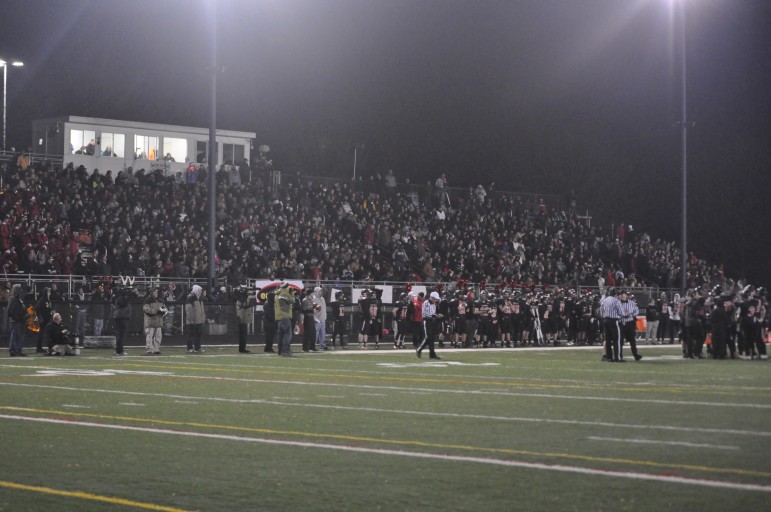 At his post-game huddle with his players on Friday night, Coach Evancho gave his players off Saturday to enjoy and savor the big mercy-rule win against Selinsgrove while the staff began to break down video of Imhotep Charter.

Sunday as the coaches put together their game-plan, the players were expected to watch some video on Imhotep to get a feel for what they will be up against.

Monday after school was a light workout and walk-thru on the field at Saucon’s Montford E. Illick stadium. The coaches introduced the Imhotep formations and tendencies that they will likely see Friday night. For example, did you know that 37 percent of the time from an “Ace-look” Imhotep will run “Counter” on 1st down. Just like the past 14 weeks, the boys are focusing on their opponent’s data and details. Following the offensive/defensive “show,” the Varsity team members were supposed to get a workout in the weight room. But, thanks to Ryan Meyers the team was excused by Coach Evancho from the lift session. Meyers won a bet Evancho made with the Varsity squad. If one of six pre-selected players could throw and hit the crossbar of the goalpost with a football from 25 yards away, then the team would be excused.

Check out this behind the scenes look at Saucon Valley’s Monday practice. The boys are indeed focused. But, they are also loose and looking forward to the new challenge.

Be sure to join the Saucon Valley Panthers this Friday at 7 p.m. when they square off with Imhotep Charter in the 2015 PIAA state championship semi-finals at the Bethlehem Area School District Stadium (Liberty). Friday night is time to UNLEASH THE BEAST!