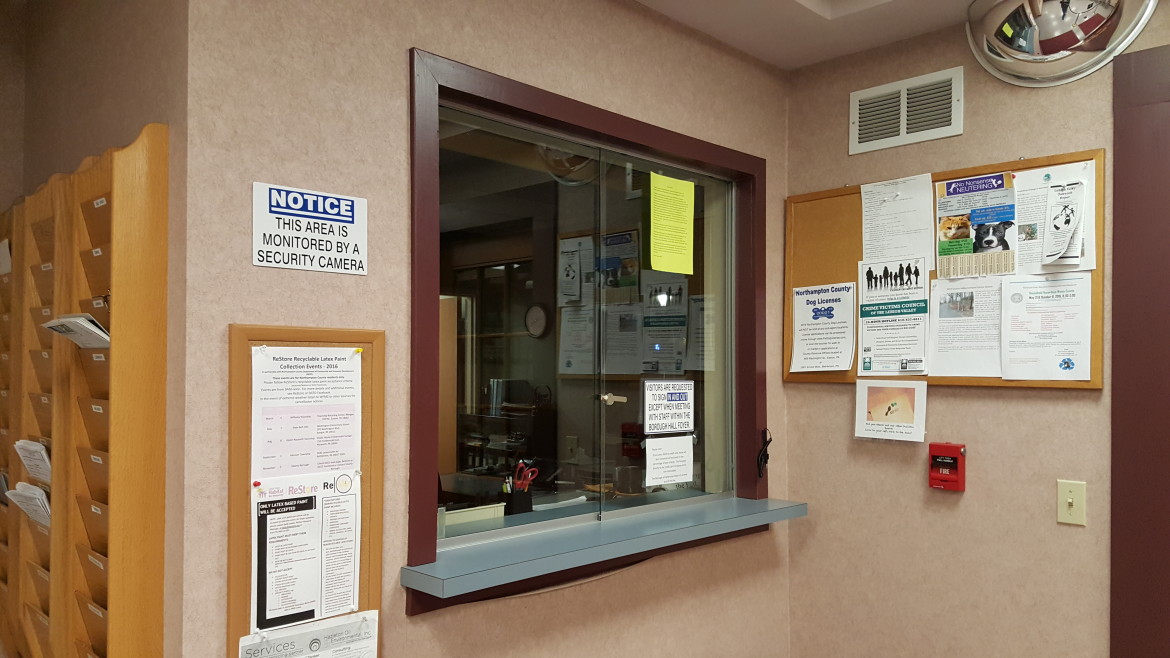 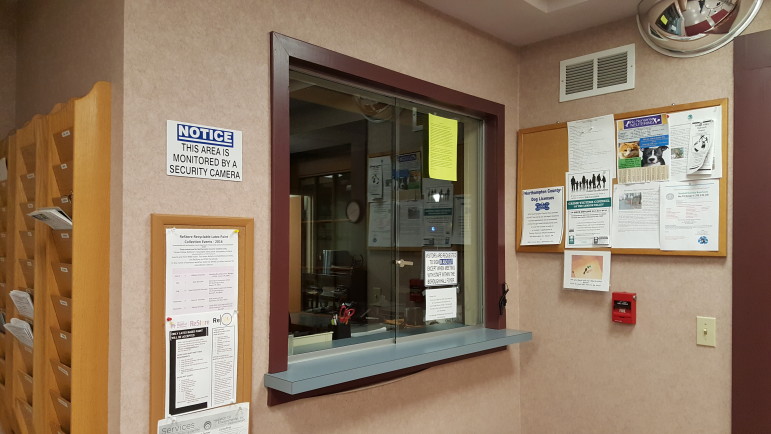 Note: This article has been updated with additional information and corrected to reflect the fact that councilman James Hill voted against the motion to approve a bulletproof-resistant window. An earlier version incorrectly indicated that the vote to approve the window was unanimous. It was actually 5-1.

Following a recommendation by the Borough of Hellertown’s workers compensation insurance carrier, council voted 5-1 Tuesday to pursue replacement of two standard sliding glass windows at the transaction counter inside the main entrance to Borough Hall with a bullet-resistant window.

Borough manager Cathy Hartranft told council the recommendation is at least partly because of incidents that have taken place in other communities, although she didn’t go into specifics.

The quote the borough has received for the new window is for a little more than $4,600, but $3,000 toward the cost will come in the form of a grant, she said.

The window will have a “pass-through” transaction slot, she added.

Councilman James Hill, who cast the lone vote against the window, said he doesn’t feel it is needed.

“As I see it, it is just a ‘feel good’ measure that will cost on the order of $4,650 of taxpayer money, and while it may placate the borough’s workers compensation insurance carrier, it would not protect borough employees in the event that they were the actual target objective of an active shooter,” Hill said in an email.

“The existing window is adequate, it can open to allow for better interaction between the borough residents and their municipal government, it conveys a much friendlier atmosphere than bullet-resistant glass, and best of all it has already been installed and paid for,” he added.

Council also discussed installing a keyless entry system on the door next to the transaction counter; a door which leads to ground floor offices and the police department. 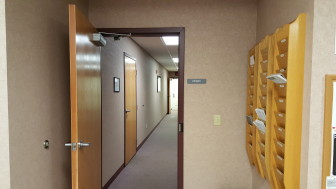 A door next to the main office window inside Hellertown Borough Hall will likely be fortified with the installation of a keypad entry system.

Vice president Phil Weber–who presided over the meeting because council president Tom Rieger was absent–said installation of a keypad on that door was discussed years ago but “it just never got done.”

He said it makes no sense to replace glass windows with bullet-resistant ones, but do nothing to improve the security at the adjacent access point.

If the borough’s insurer is recommending the change to a bullet-resistant window, he added, failure to implement the recommendation could leave the borough in a vulnerable position should something happen in the future.

Staff is expected to report back to council with recommendations in about a month.

In other business at the meeting, council put the kibosh on a proposed ban on the use of brake retarders by trucks on Main Street.

The ban was proposed after a resident complained about the noise generated by the retarders, which are colloquially known as “jake brakes.”

Councilman John Bate reiterated his concern that banning the use of the speed reduction systems could present a safety issue, particularly for emergency vehicles such as firetrucks.

He agreed that jake brakes generally shouldn’t be needed on Main Street–which is relatively flat–but then commented, “you can’t teach stupid.”

“Main Street doesn’t need them, but I don’t want to punish the (truck drivers) who are running through here legally…,” he added.

Borough council’s next meeting will be held Monday, Feb. 1 at 7 p.m.