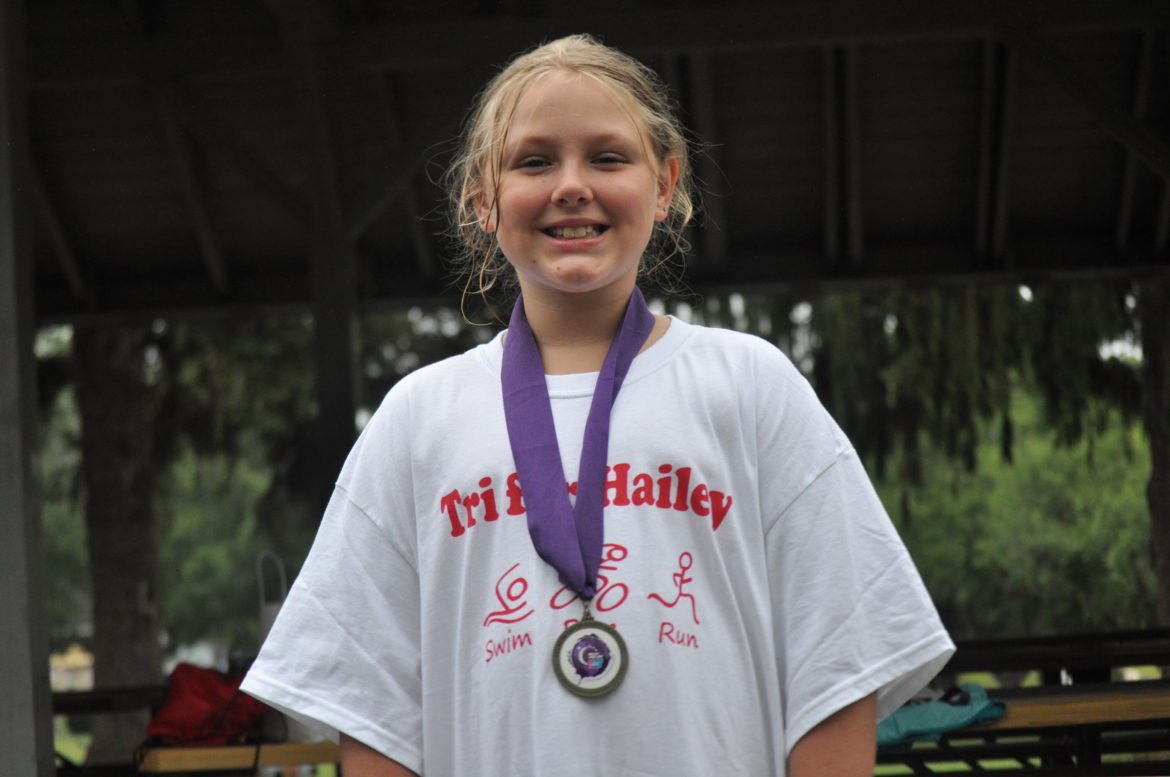 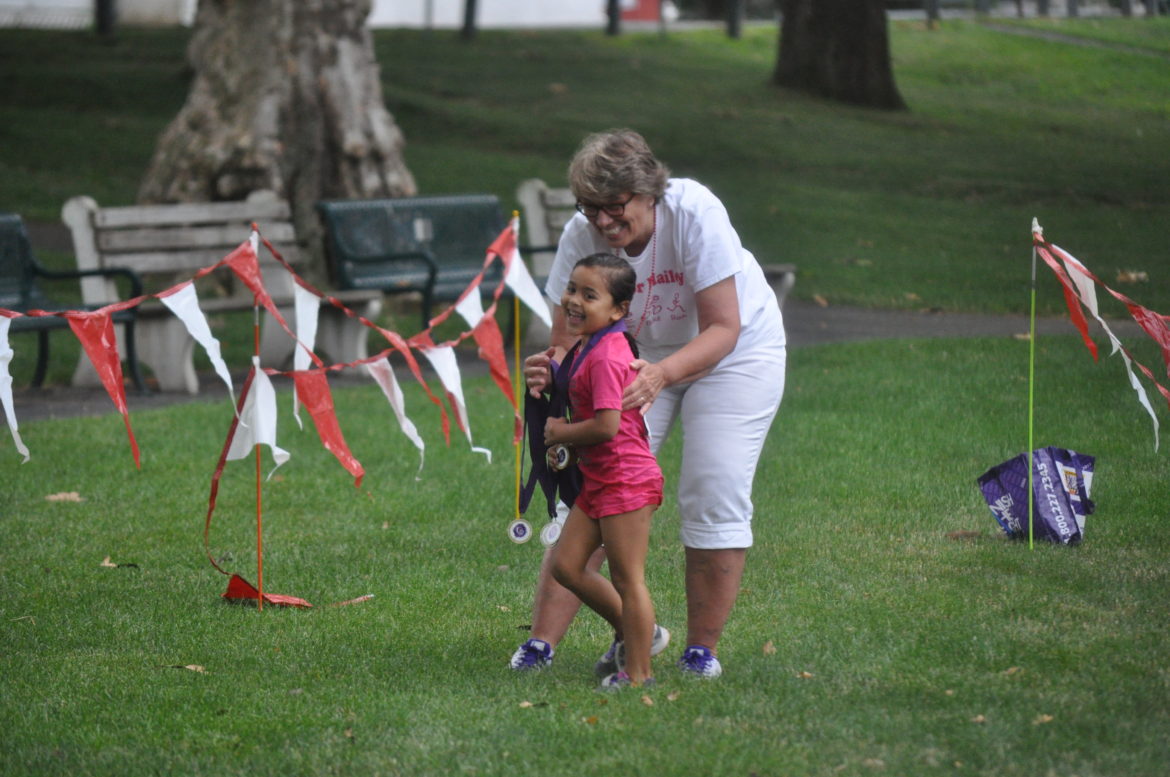 Tri for Hailey brought many smiles to Hellertown.

The tone was set early at the third annual Tri for Hailey as it was announced before the race started that 9 year-old Hailey Carroll no longer has any evidence of disease!  At this point, Hailey’s treatments have proven positive. 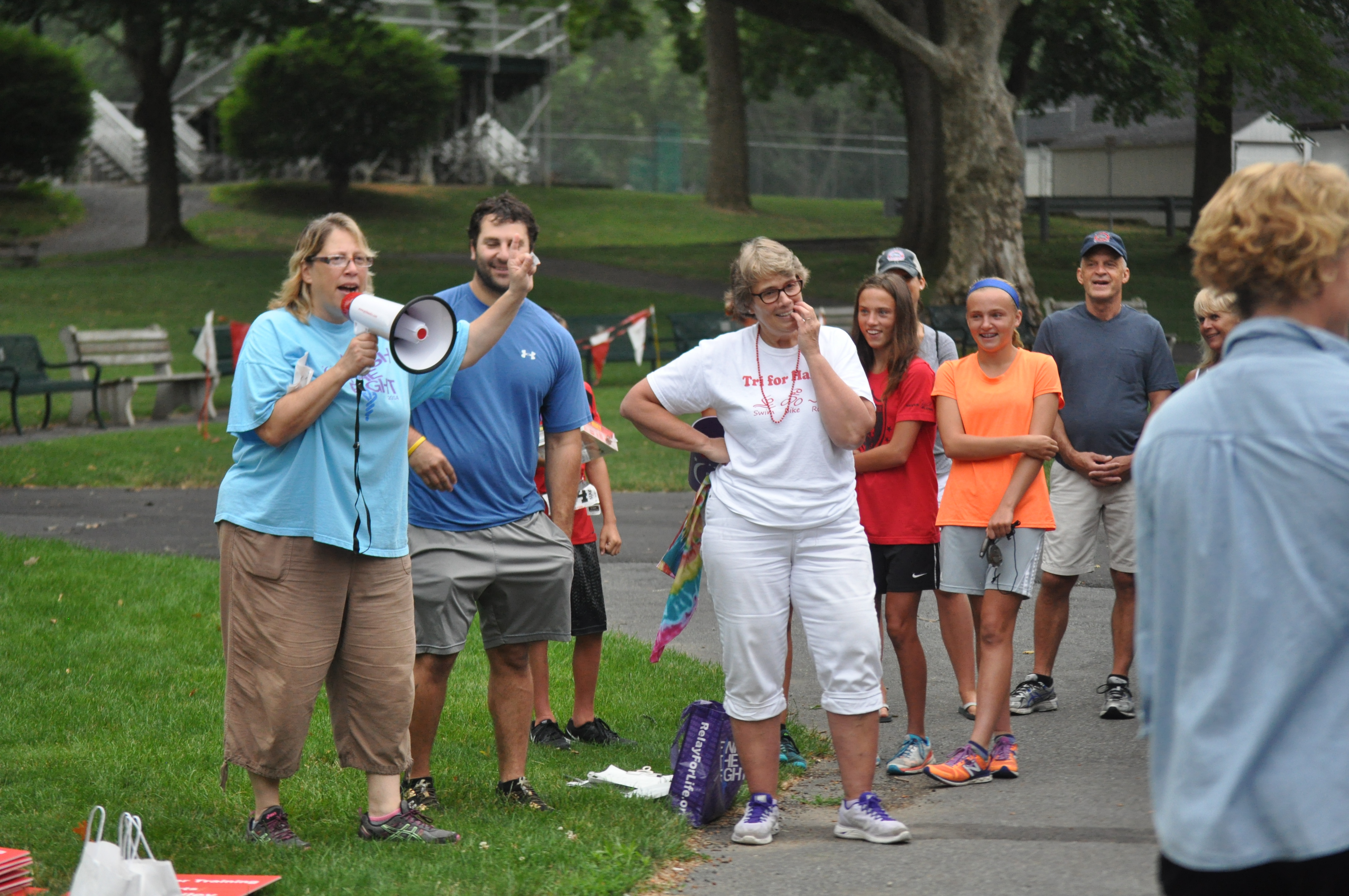 Before the race even began, Hailey Carroll being announced N.E.D. makes her the biggest winner of all! 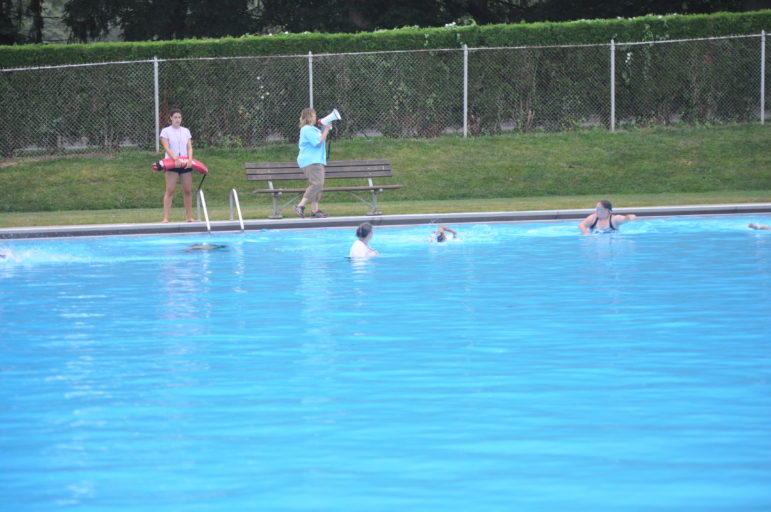 A swim in the Hellertown Pool was the first leg of the triathlon.

The triathlon style, American Cancer Society fundraiser organized by Viv Demko and her “Voices of Hope” Relay for Life team is a race broken into three divisions;  Five- to seven-year-olds, eight- to ten-year-olds and eleven- to thirteen-year-olds. 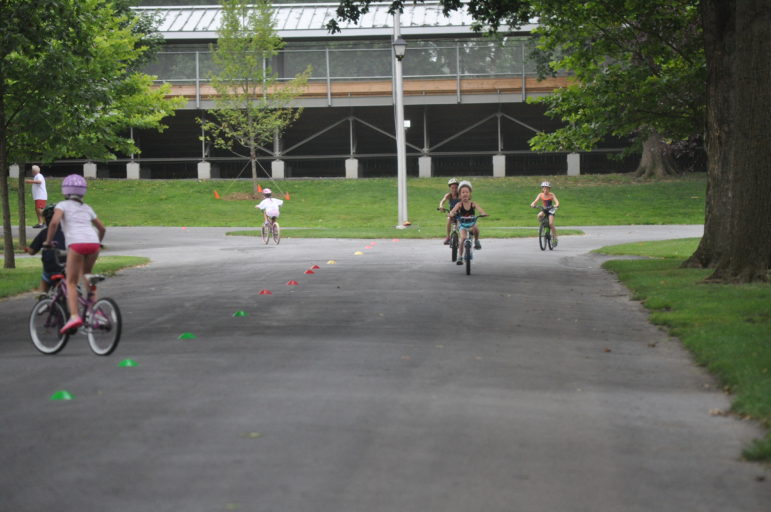 The second leg of Tri for Hailey had participants ride through Dimmick Park.

After swimming the first leg of the triathlon in the Hellertown Pool, the athletes transitioned to sneakers and bike helmets before riding and running through Dimmick Park on this misty morning. 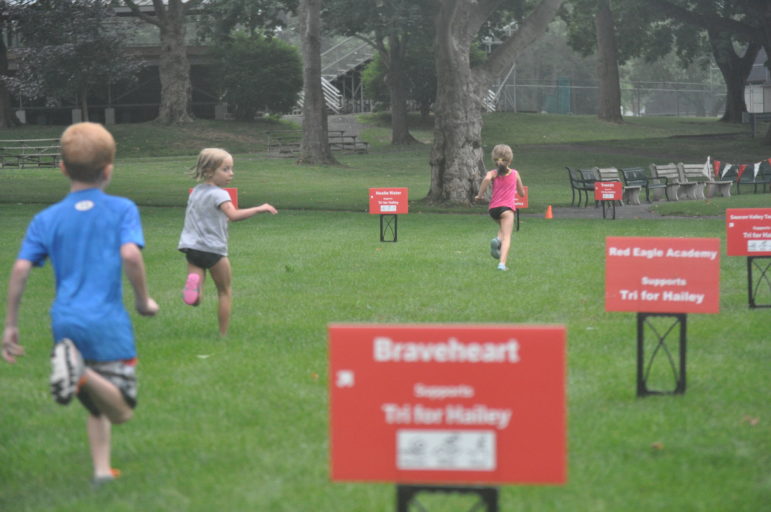 Tri for Hailey ended with a run through Dimmick Park. 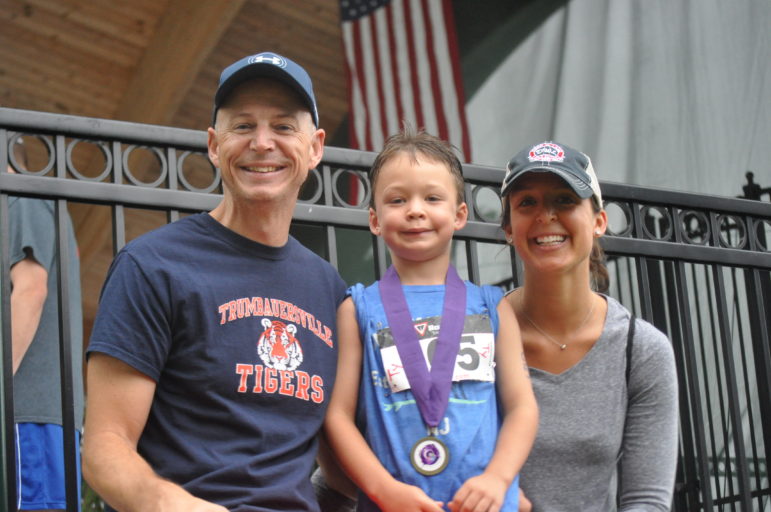 Tyler Holohan shares a winning moment with his Mom and Dad. 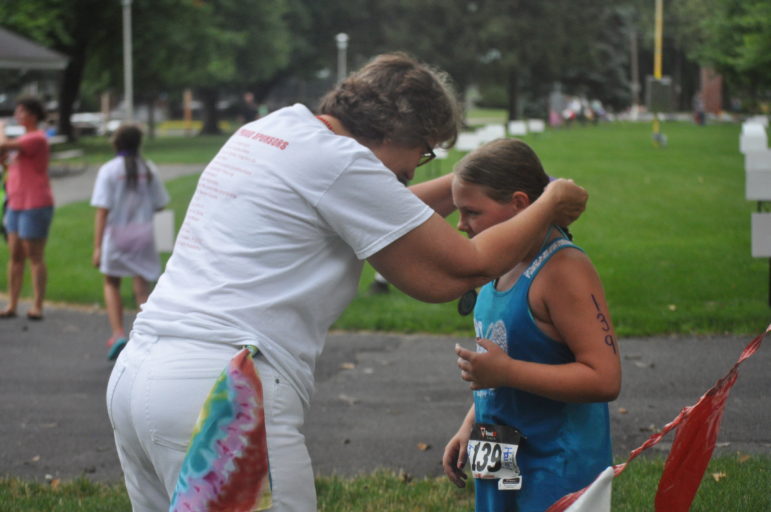 With no evidence of disease, Hailey Carroll crosses the finish line and completes the triathlon!

A  “Saucon Source Salute” to the Tri for Hailey sponsors!