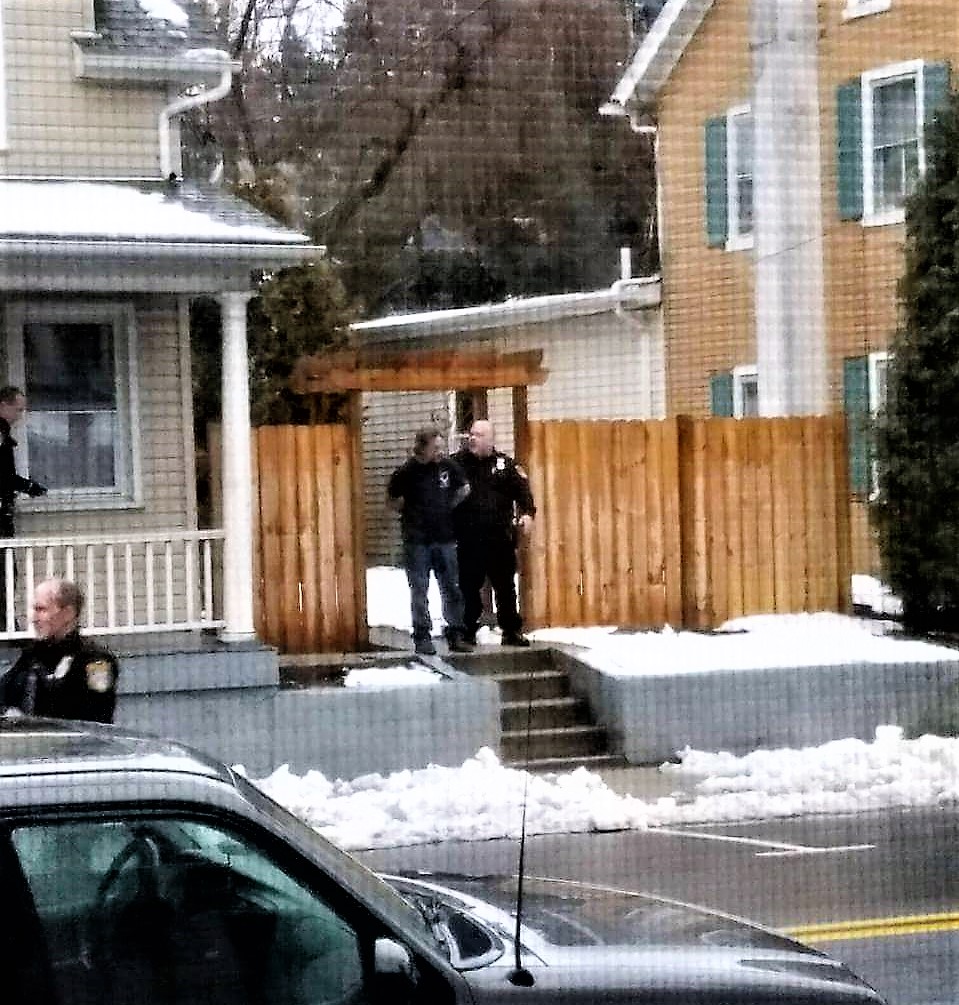 Barry Kunsman is removed from his home in the 100 block of Main Street, Hellertown, by police officers. According to police, a domestic disturbance call resulted in a brief standoff when Kunsman initially refused to come outside. 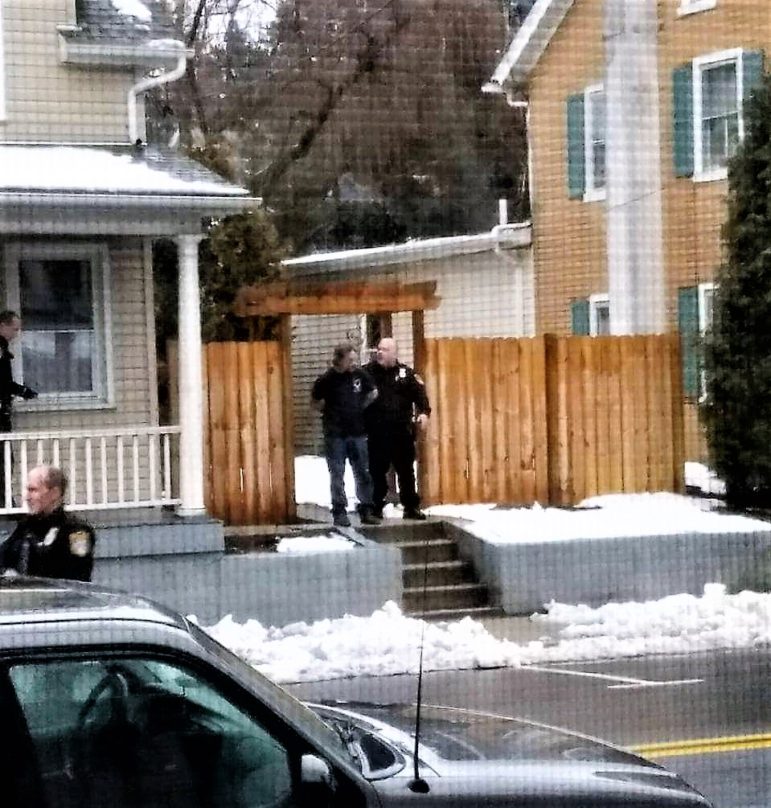 Barry Earl Kunsman Jr., 49, is escorted from his home in the 100 block of Main Street, Hellertown, by borough police. According to a police news release, a domestic disturbance call Sunday afternoon resulted in a brief standoff when Kunsman initially refused to come outside. He was later taken for a mental health evaluation, police said.

A Hellertown man is undergoing a mental health evaluation after police say his actions resulted in a brief standoff with officers from the borough and Lower Saucon Township in the 100 block of Main Street Sunday afternoon.

Initial reports that the situation involved a hostage turned out to be incorrect.

According to a Hellertown Police news release issued Sunday evening, Barry Earl Kunsman Jr., 49, was involved in a domestic disturbance at his residence at around 4:30 p.m.

Police said it was alleged that Kunsman “had displayed a firearm in front of a woman at that residence who was also involved in the disturbance.”

Officers who responded surrounded the home and closed off Main Street at Walnut Street and Magnolia Road while the incident unfolded.

“After a short standoff (they) were able to talk him into coming out of his residence,” the news release stated.

Kunsman was then taken into “investigative detention,” police said, adding that as of Sunday evening no charges had been filed against him.

An eyewitness at the scene reported seeing at least one firearm taken out of the residence by police.

According to online court records, Kunsman has a criminal record that includes convictions in Northampton County for both DUI and disorderly conduct.

As part of a plea agreement related to the disorderly conduct charge, Kunsman was ordered to undergo and complete an anger management course by Judge Emil Giordano in December 2010, according to records.