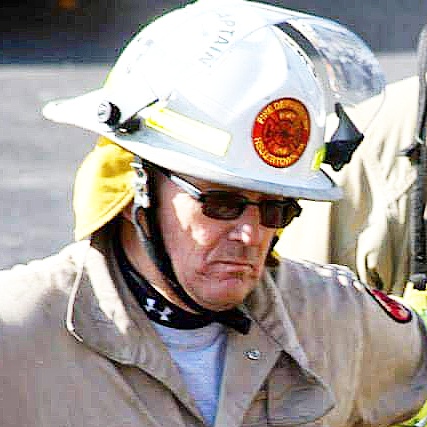 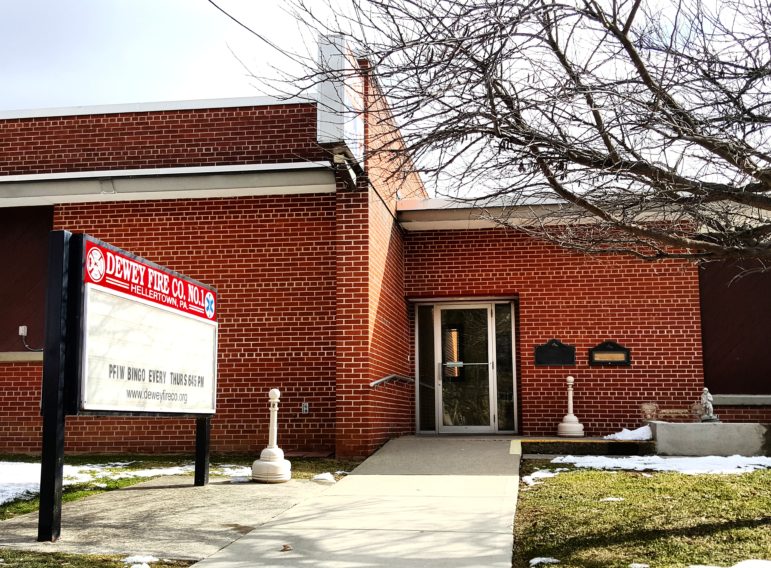 Dewey Fire Company #1 in Hellertown is reeling after another allegation involving the theft of funds by a longtime trusted official.

UPDATE: The Borough of Hellertown has released a statement confirming that John Bate is no longer a member of borough council. The statement is as follows:

Mr. Bate has submitted his voluntary resignation effective Feb. 15, 2017 both as Councilman and Hellertown’s Emergency Management Coordinator. Formal action on Mr. Bate’s resignation will take place at the next regularly scheduled council meeting and a replacement will be appointed per the procedures in the Borough Code. In regards to the now-vacant Emergency Management Coordinator position, the Borough also would like to assure the residents that procedures are in place for a temporary coverage of the Emergency Management Coordinator position until such a time as (an) interim or replacement can be appointed by Borough Council and the County. As this is an active investigation the Borough will cooperate with all relevant authorities on this matter and any further comment or questions should be directed to the Borough Solicitor, Mike Corriere from the Law Offices of Corriere and Andress at 610-865-5566.

The former captain of Dewey EMS, who also served as a member of Hellertown Borough Council for a decade, has been charged with felony theft for allegedly stealing funds from the fire company over several years, borough police announced Thursday. 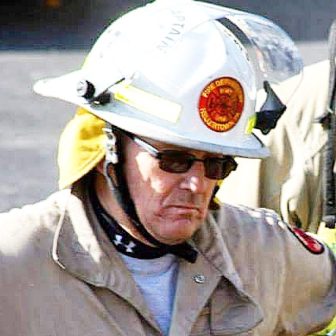 John M. Bate was the Dewey EMS Captain until 2015.

John M. Bate, 57, of the 1600 block of Ilona Drive, was arraigned on felony charges of theft by unlawful taking, theft by deception and receiving stolen property, and a misdemeanor charge of misapplication of entrusted property at District Court 03-2-04 in Lower Saucon Township Thursday, according to a police news release.

According to an affidavit of probable cause signed by Hellertown Police Investigator Michael Dattilio, Bate allegedly stole $38,427.03 between Jan. 1, 2011 and Oct. 29, 2015 by submitting hours when he did not work for payment.

Specifically, Bate is accused of submitting more than 2,800 falsified hours for payment over the nearly five-year period when police say the theft took place.

Through interviews with fire company personnel and volunteers, police said it was learned that “John M. Bate would submit his own hours for compensation with no organizational oversight or auditing, allowing for the opportunity for the continued conduct of theft to occur for an extended period of time.”

Police said the investigation of Bate began July 29, 2016, and continued when the current Dewey EMS captain, Matthew B. Andree, provided police with “scheduling information, earnings records and organizational by-law information for the time period when John M. Bate served as the Ambulance captain.”

In the affidavit Dattilio said he compared Bate’s earnings record hours with his scheduling record to arrive at a total number.

When he was interviewed at Hellertown Police headquarters Jan. 2, police allege in the affidavit that Bate–who as EMS captain also received an annual stipend of $1,500 as compensation for administrative duties–allegedly admitted to submitting hours for payment which he did not work.

Police said he also voluntarily provided this information in a written statement.

Dewey Fire Co. President Rick Delmore released a statement Thursday in which he made clear that the discovery of Bate’s alleged theft happened as a result of an investigation that began last summer into the alleged embezzlement of almost $400,000 from the fire company by former longtime treasurer Agnes Patterson, who was charged in November but has yet to be tried in that case.

“Since the investigation started the fire company has completely and willingly worked with the Hellertown Police and Northampton County DA’s office to provide information and assist in bringing those involved to justice,” Delmore said. “The Executive Board of the Fire Company wants to assure all residents of Hellertown and Lower Saucon Township (which our ambulance service provides coverage to) there was never a lapse in coverage or the public was not in danger due to a lack of funds.”

The charge of misappropriation of entrusted property, however, carries with it the implication that such an outcome at least theoretically could have been the case.

In the arrest warrant for Bate, he is accused of taking the money “in a manner which he knew to be unlawful and involved substantial risk of loss or detriment to the owner, namely, Dewey Fire Company #1.”

Delmore said the fire company is working with its insurer, an accounting firm and an internal auditing committee “to implement policies and controls methods to prevent any further incidents in the future.”

After being arrested by appointment Thursday, police said Bate was released on $5,000 unsecured bail following his arraignment before District Judge Elizabeth A. Romig-Gainer, police said.

Bate was appointed to fill a two-year vacancy on borough council in January 2016, after he told council he hadn’t run in the prior year’s election because he was unsure about whether he would remain a borough resident after remarrying in 2015.

At that time Bate said he’d been a Hellertown resident for 25 years and called the borough “a great place to live.”

According to county court records, Bate is being represented by attorney Erv McLain of the firm McLain & Associates of Bethlehem.

McLain, interviewed by Lehigh Valley Live Thursday, said he plans of vigorous defense of Bate whom he credited with building up the EMS squad over many years.

Court records indicate he pleaded guilty to the harassment charge in September.

A preliminary hearing in his case is scheduled for 9:15 a.m. March 9 at the Lower Saucon Township District Court.