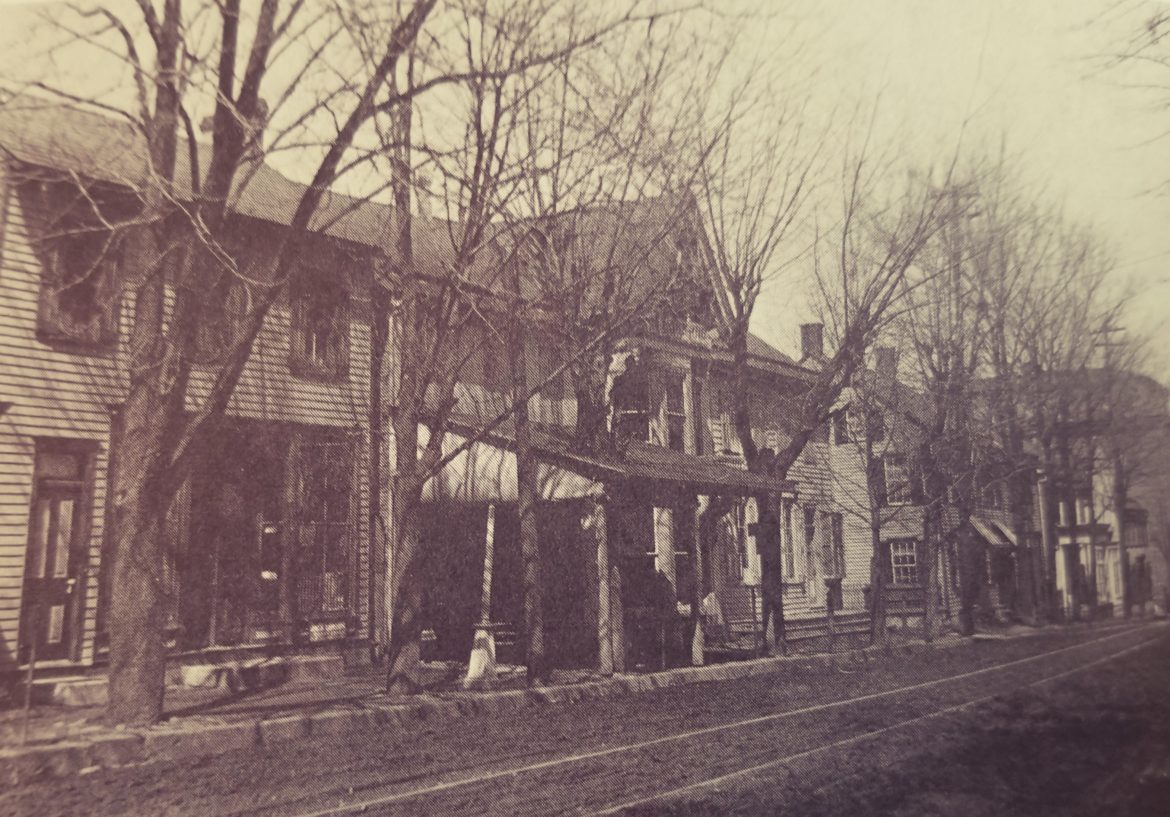 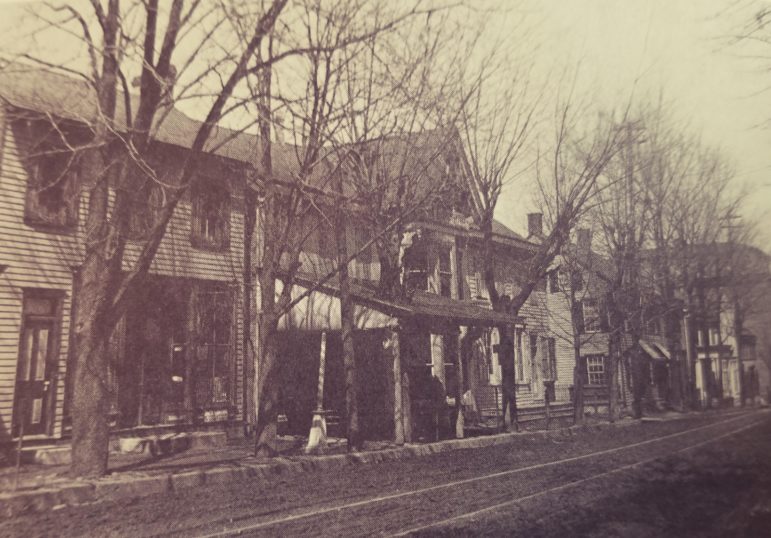 In 1905, Main Street in Hellertown was still a dirt road, as this photo taken in the 500 block illustrates. The trolley line that ran through town is clearly visible. Main Street wasn’t paved until the early 1920s.

With tens of thousands of vehicles buzzing down Hellertown’s Main Street at speeds of 30 mph or greater each day, it may be hard to imagine a time when the roadway wasn’t even paved. But nearly a century ago, that was the case. It wasn’t until the early 1920s that a group of borough residents began to clamor for paving Rt. 412 in town, with the work finally completed in the spring of 1924. This account of how the paving came to take place first appeared in “Hellertown, Pa. Centennial, 1872-1972.”

Prior to 1924, Main Street was an unpaved road. However, if the Bethlehem Daily Times is accurate in its report of Feb. 17, 1887 stating that “The mud is hub deep in the country, but here in town, where we have cinder-macadamized streets, there is little mud,” it would seem to indicate that our early borough fathers took fairly good care of their main thoroughfare.

The paving of Main Street in 1923-1924 was a project undertaken by the newly formed Hellertown Business Men’s Association. At their meeting of May 17, 1921 the question of improving Main Street was discussed and a committee composed of Fred Keilman, Dr. William H. Rentzheimer, Christian Pfeiffer, Titus M. Ruch and Pliny Bergstresser was appointed to investigate the sentiment of the public in the matter.

At a special meeting held on June 14, 1921, Ambrose J. Welker (who later in 1923 became Chief Burgess) presented blank forms to Borough Council, furnished by the State Highway Department, which were then executed by the proper borough officials asking for state and county aid for the improvement of Main Street. The matter was brought up at every meeting from that time until May 16, 1922, when a committee consisting of Welker, G.A. Kech, H.G.C. Hoffert, T.M. Ruch and V.S. Wagner were appointed to see that all preliminary arrangements for the work were carried out. Shortly after this time a contract was signed by the proper borough officials for the paving of the road and the work of the Hellertown Business Men’s Association in the project was ended. On Nov. 8, 1922 the citizens of the town endorsed the improvement at the polls by voting 351-22 to increase the borough’s indebtedness by $60,000* to pay the town’s portion of the cost. Work was begun in the summer of 1923 and the entire project was completed in the spring of 1924. Later in the same year the highway was paved farther south to the Bucks County line.

Upon completion of the paving of the main thoroughfare, it was decided that July 4, 1925 be observed as Road Celebration and Old Home Day. From mid-morning until midnight a full day of activities was planned which included an automobile parade over the new street, dedication ceremonies, a baseball game, a boxing exhibition, a Boy Scout exhibition, fireworks and a dance.