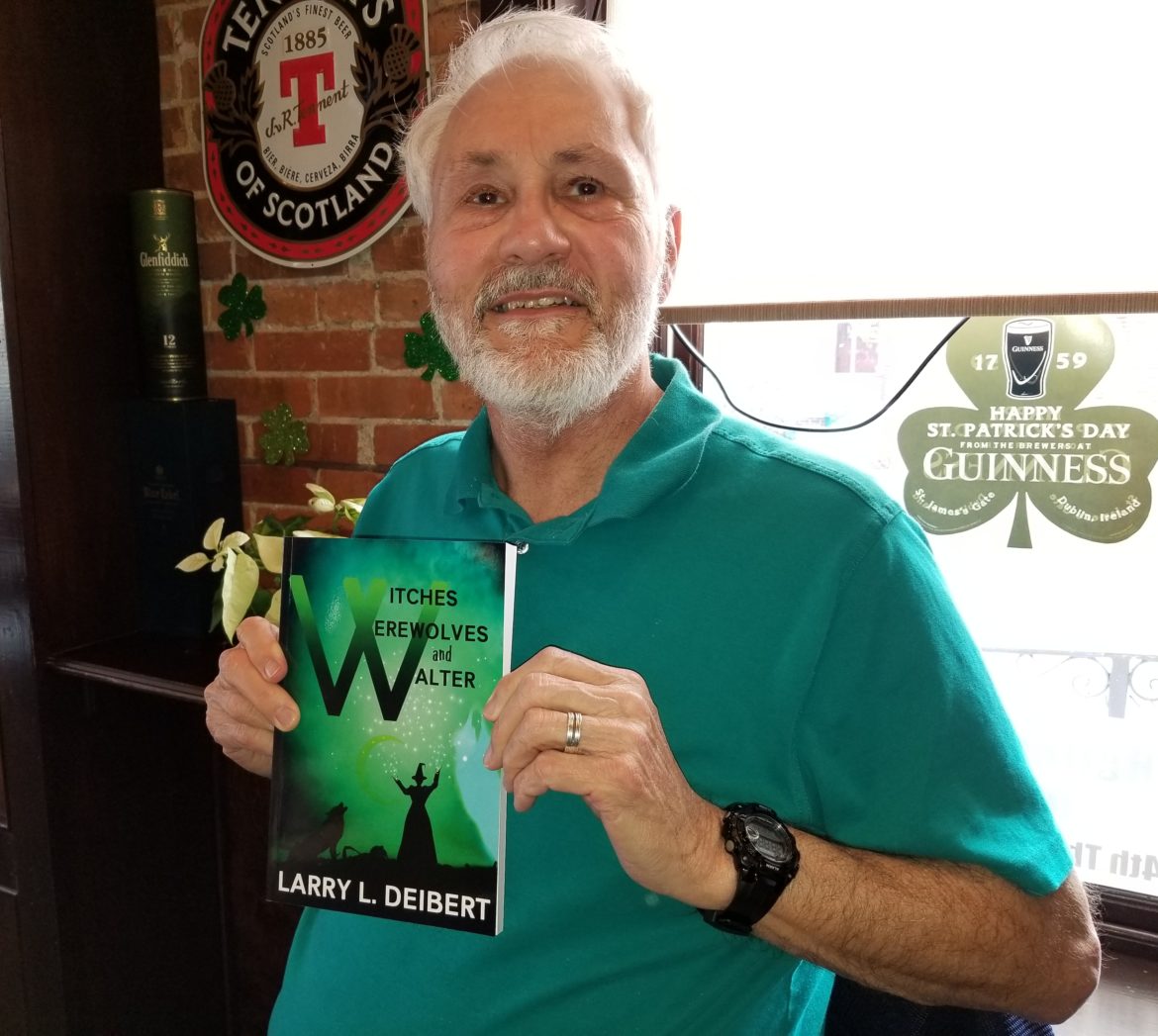 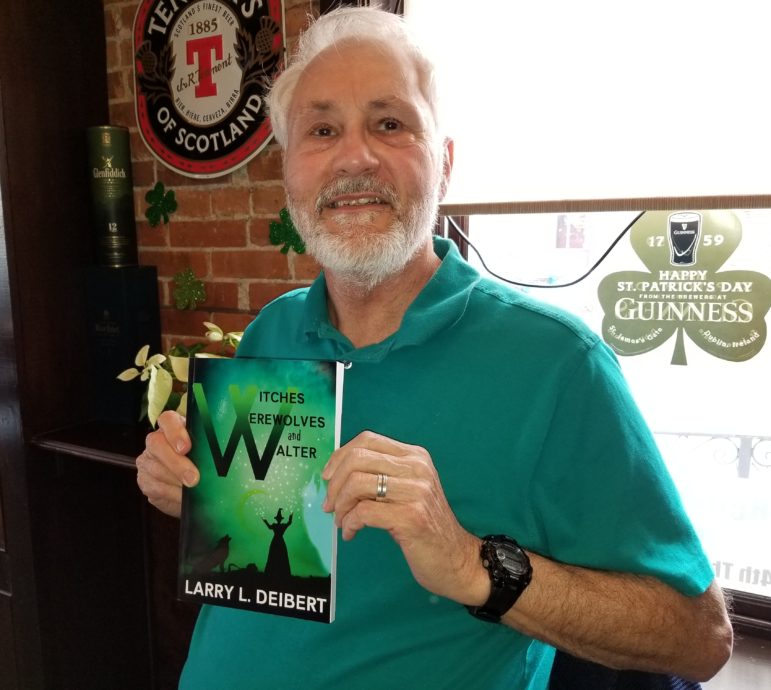 Hellertown author Larry L. Deibert has a new book and another one in the works. But perhaps you’ve heard that before. Deibert has, after all, been on a literary roll the past few years.

The prolific writer who specializes in tales of the paranormal is blazing ahead with promotion of his latest tome (self-published in February), Witches, Werewolves and Walter, which is a tapestry of sorts, into which many characters from his earlier works are woven.

Deibert recently sat down with Saucon Source at Braveheart Highland Pub in Hellertown to explain his new book’s title and much more.

Walter, the subject of the new book, he said is an “earthbound spirit” who never moved on, unlike the other spirits in his book From Darkness to Light.

From the description on the back cover of the book:

Six months after nearly losing their lives in a terror attack, retired Bethlehem detective, Hyram Lasky, and his girlfriend, Susan Mitchell are vacationing in Wrightsville Beach, North Carolina. Unbeknownst to them, the three perpetrators of the attack are living in nearby Wilmington. Simultaneously, a one hundred year awakening of witches is about to occur, and an earthbound spirit, Walter Marchant, falsely accused of killing his wife, desperately wants to be released from his earthly bonds. These events will culminate in a confrontation of evil forces against a small army of God. Who will win this epic battle?

The book’s setting along the North Carolina coast should be familiar to loyal readers, as it is for Deibert, who has vacationed there and drawn inspiration from the area for some of his other works.

However, this is actually Deibert’s first novel to feature witches, who he said he has wanted to write about for some time.

To help keep things clear for new and veteran readers alike, Witches, Werewolves and Walter is also Deibert’s first book to include an introduction and character list.

Deibert, who has two grown children, is a retired letter carrier who never planned to be a writer, and started writing books well into his adulthood.

“I always had a pretty good imagination,” he noted.

Growing up, Deibert was an avid reader of comic books and horror film fan, and to this day he said he enjoys TV shows and horror movies.

With his wife Peggy he enjoys travel, often finding inspiration in their destinations. And wherever he is, Deibert is a keen observer of people, which is something he said all writers need to be.

Sometimes it’s just a snippet of a conversation heard in passing that becomes the seed from which a character develops.

“(The character development process) is a lot of fun,” he said.

“I feel like if I’m entertaining ‘X’ amount of people, I’m happy,” he added.

Deibert is already well into writing his next novel, The Christmas City Angel, and said he is looking for local people to share their experiences with angels with him for possible inclusion–with attribution–in the book.

In addition to ‘Walter,’ Deibert is the author of Werewolves in the Christmas City (published last year), 95 Bravo, The Other Side of the Ridge: Gettysburg June 27th 2013 to July 2nd 1863, Fathoms: A Novel of the Paranormal, Requiem for a Vampire, Combat Boots dainty feet: Finding Love in Vietnam, The Christmas City Vampire, From Darkness to Light, The Life of Riley, Family and his first children’s book–published in 2016 with drawings by a local illustrator–Santa’s Day Jobs.

All of Deibert’s books are available for purchase on Amazon as well as from the author directly at book-signings, in which he often participates.

On Sunday, April 8, from 1 to 3 p.m. he will be signing copies of his books at the Moravian Book Shop, 428 Main St., in downtown Bethlehem.

Other upcoming events that have yet to be finalized will be announced on his Facebook author page, through which he can also be contacted.