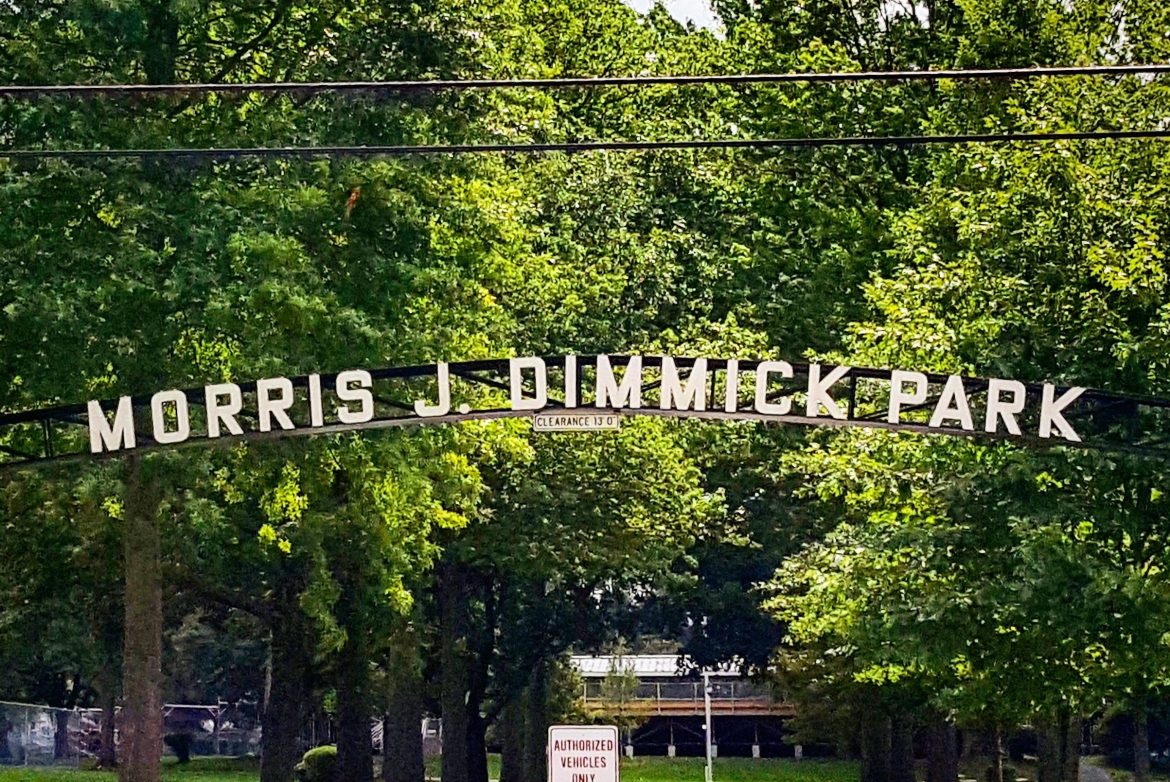 The entrance to Dimmick Park in Hellertown (FILE PHOTO)

A ‘farewell to summer’ will be the theme of a free movie in Dimmick Park that the Hellertown-Lower Saucon Chamber will host Aug. 24 at 7 p.m.

Although the movie has yet to be chosen, chamber liaison Jessica O’Donnell said it will be a family-friendly, newer film that is sure to appeal to local children and adults, who will be encouraged to bring folding chairs and blankets to sit on while they watch the film under a canopy of trees.

O’Donnell presented a proposal to bring a movie back to the park to borough council at their meeting Monday evening, and it won council’s unanimous support.

Movies in the Park were previously sponsored by the Saucon Business & Friends Association, under the leadership of Christopher Reilly, owner of Reilly Chiropractic in Hellertown.

Originally four films were screened on consecutive weekends in August.

That number was later reduced to two, and last year no films were shown.

O’Donnell said Reilly supports the new initiative, and will be a supporting sponsor of this year’s movie in the park.

Along with the chamber the presenting sponsor will be Mobile Technology Graphics of Hellertown, which also provided the screen for the movie shown at last year’s expanded Light-Up Night celebration in the borough.

New this year, she added, will hopefully be an Unwind & Dine event that will encourage movie-goers to visit Hellertown restaurants for a delicious meal before they head to the park for the film.

O’Donnell said she is currently in the process of reaching out to local restaurant owners to discuss this partnership idea with them. Ideally it will bring a large number of families out on the last weekend before the new school year begins.

She said she also hopes to enlist the help of local Boy Scout and Girl Scout troops with snack sales at the park, and plans to bring an ice cream truck to the event.

For updates on this and other chamber-organized events–such as Concerts in the Park and Hellertown-Lower Saucon Restaurant Week–be sure to like and follow the chamber on Facebook.