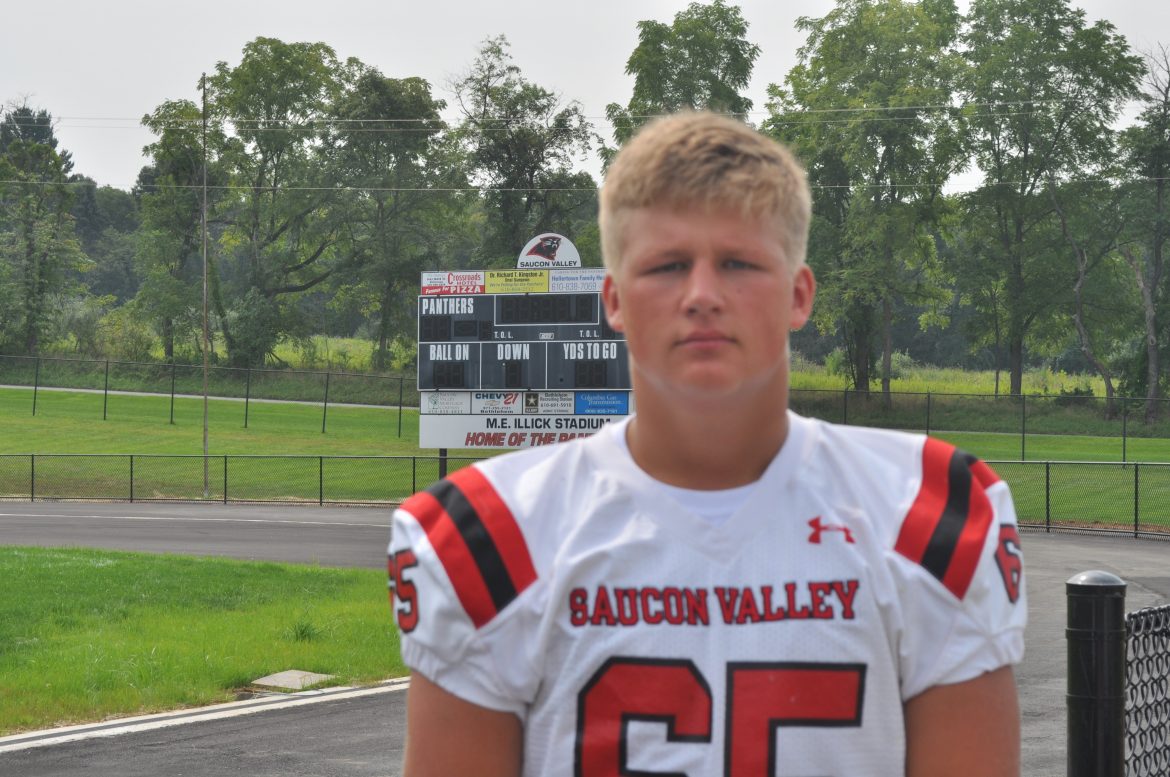 Saucon Valley defeated Salisbury by two touchdowns on Friday night, but it wan’t easy. With the Panthers winning 35-27 in a tight game against the Falcons very late in the 3rd Quarter, it was Krunch-Time! for Evan Deily and the Saucon Valley defense.  The Panther defense needed to stop the explosive Falcon offense.  With that in mind, Evan Deily came to play.

On 1st & 10 from their own 33-yardline and trailing 35-27, the Falcons were looking to manufacture a drive that could tie the score.  The Panthers Evan Deily, from his left defensive end position at the bottom of the screen, nimbly sidestepped a kickout block from the Falcon fullback, found the ball carrier, wrapped him up and emphatically finished the play with a body-slam.  Deily led the charge that stuffed the Falcons on this series forcing Salisbury to punt.  A few plays later the Panther offense would make the score 42-27 courtesy of a Curtis Clifford touchdown that effectively ended the game.

In recognition of this Krunch Time! award, the Culinary Experience & Catering is rewarding Evan with a $12 meal voucher to be redeemed at the next Saucon Source Post-Game Tailgate Party at the Waldheim Beethoven Club on Friday, Sept. 21.  Friday night the Panthers host the Northern Lehigh Bulldogs.

Great job Evan, the Source is with you!