Note: The following is adapted from a news release from the office of the Bucks County District Attorney.

A Bucks County corrections officer who allegedly took undercover investigators on a paid, guided fishing trip this summer while receiving workers’ compensation has been charged with fraud and theft. 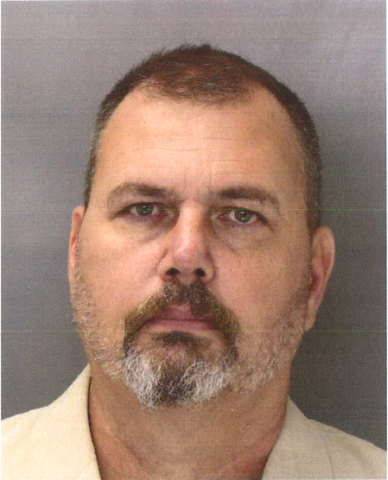 Carl Wayne Stokes, 51, of Bridgeton Township, Upper Black Eddy, was arraigned Wednesday morning on counts of workers’ compensation fraud, theft and unsworn falsification after turning himself in to authorities.

According to an affidavit of probable cause filed in the case, Stokes received workers’ compensation assistance beginning Nov. 1, 2017 as a result of an on-the-job injury at the Bucks County Correctional Facility.

On May 1, Stokes filed paperwork indicating his physical condition was unchanged and said a doctor recommended “permanent restrictions” on his activity. He also reported that he had not been employed at any time since receiving the benefits.

But authorities say Facebook posts dating back to Jan. 10, 2018, show Stokes offering guided fishing tours on the Delaware River through the fishing charter service Reel Adventures. Additional posts from April discuss his work as a fishing guide, they say.

In mid-June, Bucks County detectives scheduled a half-day outing with Stokes for June 26, arranging to leave from Laceyville, Wyoming County, on the Susquehanna River.

Two undercover detectives went on the trip, during which Stokes is alleged to have moved about the boat without impediment, fished with the detectives and at some point leaned over the water from the boat to assist in retrieving the detectives’ lures.

Stokes reportedly told detectives during the trip that he had been employed at the Bucks County Sheriff’s Office and was out of work receiving workers’ compensation benefits for an injury sustained while working there in 2015, the affidavit of probable cause says.

The affidavit says Stokes further told them he was booked through the summer with additional fishing trips, except for an opening the week of July 4.

The detectives paid Stokes $240 for the trip, including a $100 deposit paid by money order.

According to the criminal complaint, when confronted by investigators in July Stokes said he thought he was safe reporting he was not employed because he was not making money.

The complaint says he descried his compensation as, “$100 here or there” and “maybe $1,100 total.” He also said the money he receives pays for gas and equipment, the affidavit says.

Authorities say the investigation also revealed that Stokes had a previous workers’ compensation claim which was suspended after a number of Facebook posts showed him engaged in activities in contradiction with his medical limitations.

The case was referred to the District Attorney’s Office through the Bucks County Controller’s Office.

“Upon my election in 2017, as Controller of Bucks County, I took on the responsibility, as the taxpayers’ fiscal watchdog, to root fraud and corruption,” said Bucks County Controller Neale Dougherty. “I pledged to protect the taxpayers who work hard for their money, and I will continue to look for instances where they are not receiving value for their tax dollars.”

Prosecution of the case will be handled by Deputy District Attorney Marc J. Furber, Chief of Insurance Fraud.