Note: The following letter to the community is from Hellertown mayor and Saucon Valley Spirit Parade chairman David J. Heintzelman.

The Saucon Valley Spirit Parade wishes to acknowledge the many accolades received on this year’s parade. The volunteers worked extremely hard, in part because more and more groups do not carpool. This is the second year that the parade consumed every parking spot on the Saucon Valley School District Campus. Given that the parade causes many forms of inconvenience, people for the most part were willing to handle the disruption without much negative feedback. 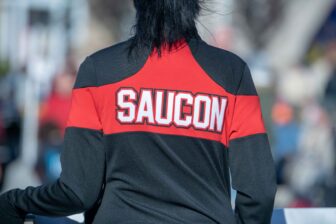 Next year, the parade will be held one week before Bethlehem’s Halloween Parade, the scheduling for which will be announced in March. The date has been handled that way for over 30 years so there is no overlap of bands/participants having to make a choice where to go. This will be announced in March 2019. If March seems like a pretty early time to announce the parade schedule, understand that there are PennDOT forms and SV School District forms to be secured, which can take several months to do, depending upon the individual meeting notices for consent.

Incidentally, those of us who have organized and run the parade for a number of years would love to pass the baton of the SV Halloween Parade. Please feel free to contact the Hellertown Borough Manager at 610-838-7041. This is in no way meant as a, “If you think you can do any better…” comment, but as a sincere expression of openness to stepping back and allowing others to take the lead in continuing this beloved traditional event.

On a seasonally-related topic, this community has very diverse and strongly held views on the scheduling of trick-or-treating. To its credit, Borough Council extended comments and notice in 2018 for resolving the date and time issue. I do not agree when some individuals complain that “Hellertown Borough Council doesn’t listen to residents.” They do indeed listen, and very carefully weigh the input they receive from various segments of the community: parents of young children, parents of older children, leaders of community youth organizations, sports-related and otherwise, retirees on fixed incomes, members of local law enforcement and other first responders. As a result, the decision Council makes on any given issue may not always be the one you want to hear, but almost always takes into account the best interests of our 6,000-plus residents.

For those people still venting about Halloween 2018, it’s over, though we can use this year’s experience as a teachable moment. A large number of trick-or-treaters were rewarded with tons of candy in an environment free of injury or public disturbances, and the kids had a ball. Let’s celebrate the enjoyment of the children who were satisfied, as well as that of the homeowners who dressed up, decorated and dispensed treats, regardless of the date and time.

In March of 2019, you’ll be able to provide constructive input, live and in person, to your elected officials, rather than through the questionable and largely ineffectual outlet of social media commenting. During the month of March, Saucon Source and other media outlets will announce a date and time when residents can voice their opinions on setting a date and time for trick-or-treating for 2019. So, at the proper time and in the proper forum, be sure to connect with the leaders you voted for who make these decisions.

The Hellertown Borough Council is there to engage and act with its citizens. I have come to know its members as people who serve tirelessly, with dedication, and who put in long hours for the good of the Borough, its residents and businesses. An active, engaged and supportive citizenry is the lifeblood of any community, and giving other folks the benefit of the doubt that their motivations are for the common good can go a long way toward strengthening community goodwill.