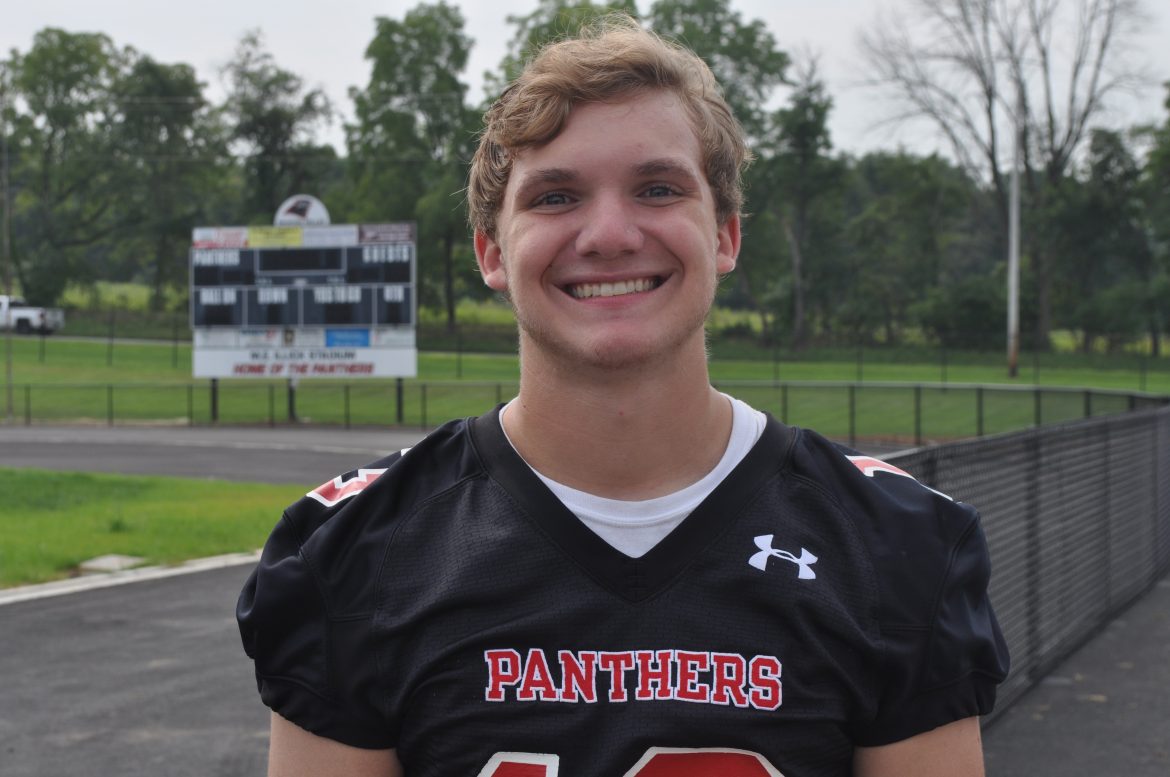 Checking in at 5’9″, 170 and wearing #13, Holub was named All-League as a receiver and also as a defensive back.  It is from his wide-receiver position that Ryan has gathered 26 Career Receptions which ties him for the 13th spot in the Panther record books.

Ryan said it: “My most memorable moment was avenging the loss to Northwestern Lehigh after a lot of people in school said we were going to lose again”.

Coach Sams said it:  “Ryan is a great teammate.  He is always in the weight room, at the off-season workouts and spending extra time running routes and covering receivers.  Ryan got everything out of himself because he put the time in.  This is why he earned 2nd Team All-League defensive back and was Honorable Mention as a wide-receiver.  We do not throw the ball a lot, but he takes a lot pride in his blocking.  Ryan will be sorely missed for everything he has done for the program.”

Congratulations Ryan, and best wishes in the future. The Source is with you!