The end of an era for the Hellertown Public Works Department is fast approaching.

Longtime director Tom Henshaw announced at Monday’s borough council meeting that he will retire from the position he’s held for decades March 1.

“You have served this borough very well,” council president Tom Rieger told Henshaw, noting that he has helped lead the response to floods, blizzards and various other disasters over the years, in addition to working behind the scenes to make sure events like Community Day run smoothly.

Rieger said Henshaw’s leadership also played a critical role in the development of the Saucon Rail Trail and the Saucon Valley Compost Center, both of which opened over the past decade.

When most of Saucon Valley is inside, warm and dry, Henshaw and his employees are typically outside, cold and wet, protecting public property and infrastructure from storm damage and keeping roads clear, he said.

“We wish you nothing but the best,” Rieger told him. “You’ve helped make Hellertown a better place to live.”

His retirement will give Henshaw and his wife Ann more time to spend at their Poconos cabin, but before that he still has a few weeks of winter to get through, and hopefully it will be snow-free, Rieger joked.

“You have had a very thankless job many times,” Mayor David Heintzelman said. “We all do appreciate the extra work that you did to keep everyone happy.”

A clearly humbled Henshaw said, “It’s just been an honor. That’s all I can say.”

A public reception honoring Tom Henshaw for his service to the community will be held Tuesday, Feb. 19 from 3 to 6 p.m. at the grist mill Tavern Room, 150 W. Walnut St., Hellertown. 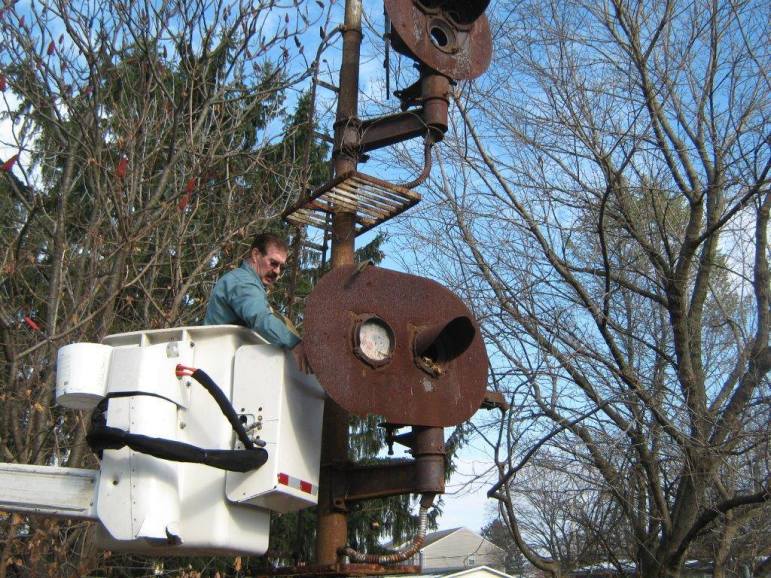