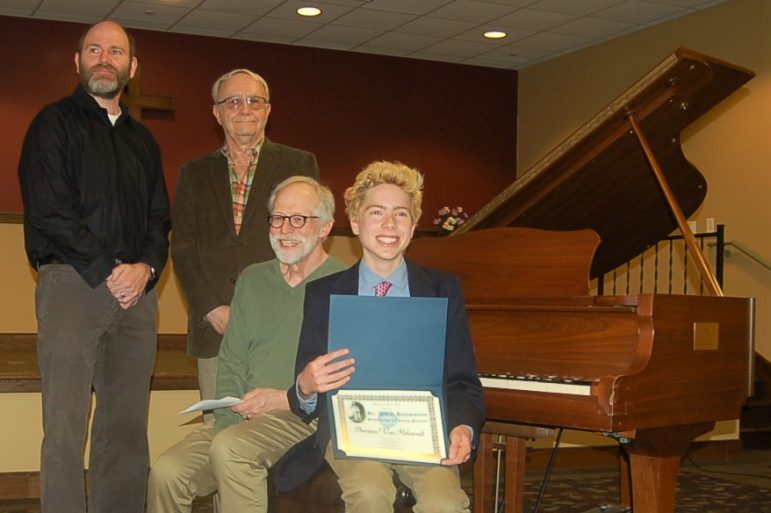 The pieces Van Helmondt performed at his audition were Schumann’s Fantasiestücke, Opus 12, No. 2 – Aufschwung and Beethoven’s Sonata in C Minor, Opus 10, No.1, 2nd Movement.

The $1,000 scholarship he was awarded will be used to continue his study of piano performance.

He studies piano with Jonathan Beitler and is a former student of Lori Huth.

Starting at a young age, Van Helmondt “consistently earned highest ratings as an International Member of the National Piano Guild Auditions, the Dorothy Sutton Performance Festivals and Achievement Award Auditions,” a news release from the Allentown Music Club said. “In addition to multiple recitals, Brennen performed at Musikfest and continues to perform at local nursing homes.”

Van Helmondt is a member of the Saucon Valley High School Swim Team and advanced to districts in the 100 meter breast stroke.

He is also a member of the tennis and Scholastic Scrimmage teams at Saucon Valley.

He enjoys cooking, fostering cats and hiking with his family and dogs.